ClashDaily received a tip that there is some big-time indoctrination going on in Austin schools.

And yes, this is indoctrination on the taxpayer dime. There is no regard for religious convictions, or even science.

The Austin Independent School District has embraced the conflicting LGBT+ narratives on sexuality and gender and is teaching it to children. It’s conflicting because on one hand, the “L” and the “G” say that people are “born that way” with a distinct sexual attraction to people of the same sex, but the “T” says that sex and gender are not the same and both are mutable. There is a massive conflict within the LGBT+, but nobody really wants to draw any attention to it, but they’re still teaching this to children. There is never a question about whether or not these lessons are age-appropriate.

Do you know what’s being taught in schools in Texas?

“This is a small glimpse of what my 6th, 7th and 8th graders are being taught in my Texas public school. However, this isn’t isolated to my school or district, and it doesn’t exclude elementary or hight school,” writes our Whistleblower.

Here is the message that we received: 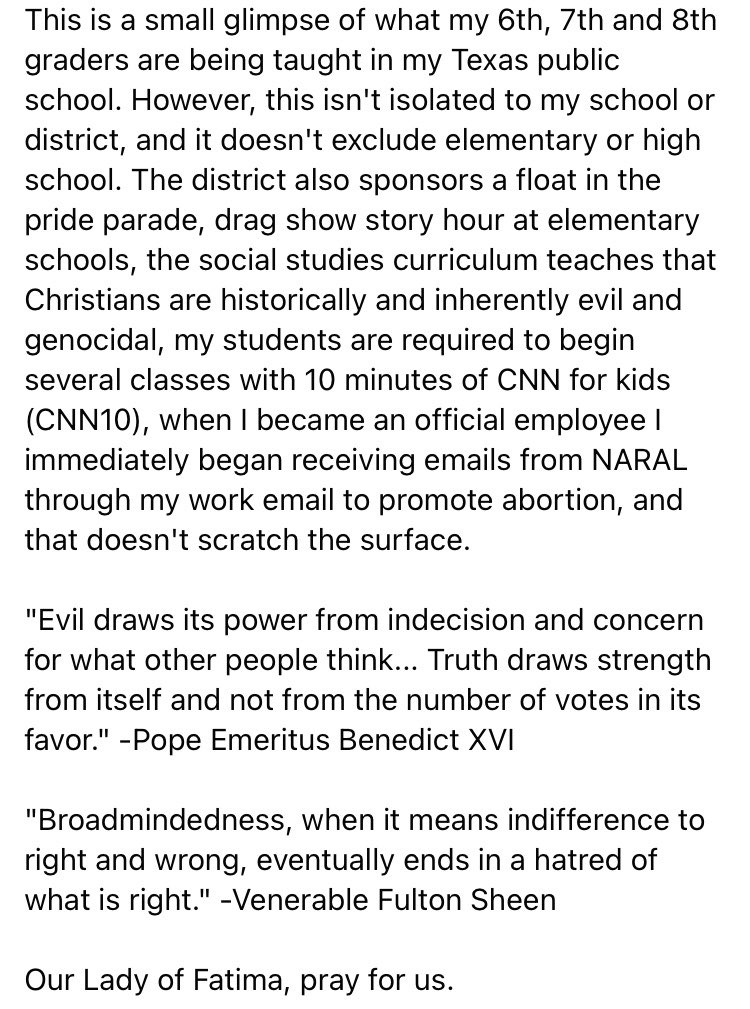 Here is what was sent as a guide to plan a school’s “Pride Week.” 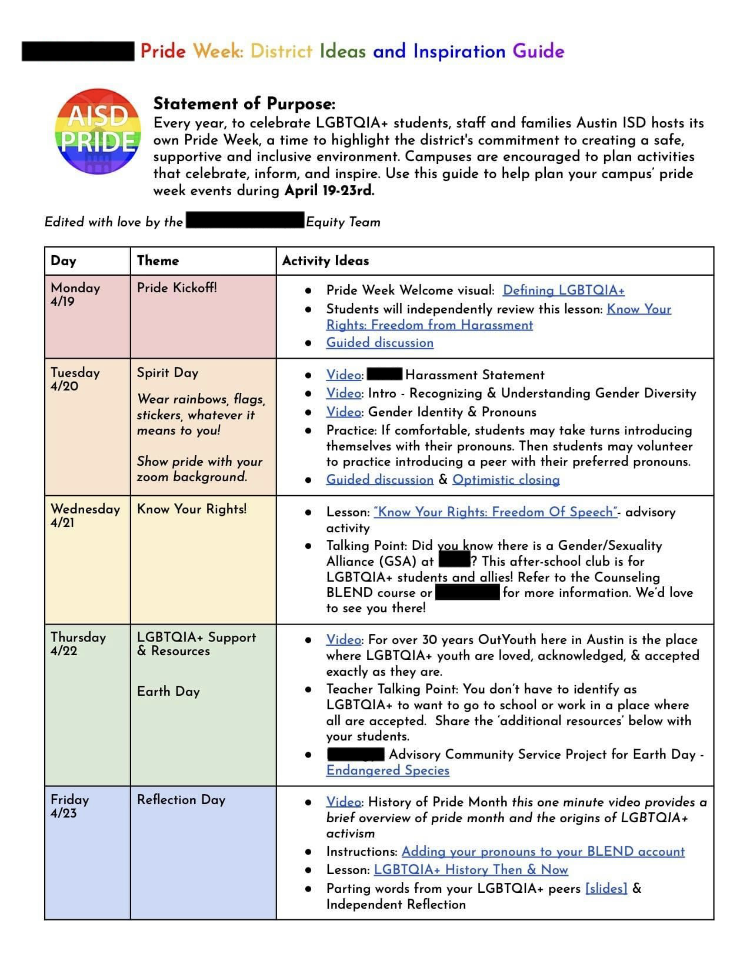 In the guide, there is a section answering the question, “Why Pride Week?” The response is a statement that you’d expect in 2021 about “inclusivity” and “tolerance” with a corresponding anti-bullying message filled with all of the LGBT+ buzzwords.

The District has established as a core value respect for every individual and as a goal fostering and modeling this core value. The District believes that a valuable element of education is development of respect for all individuals regardless of race, color, religion, sex, gender, gender identity, gender expression, sexual orientation, national origin, dissability, age, immigration tatus, or any other basis prohibited by law. The District is committed to providing all students a positive learning environment that enhances personal safety and promotes respect, dignity, and equality. High standards are expected for both academic achievement and for behavior. Principals are expected to implement schoolwide, classroom and individual systems to teach and support positive student behaviiors and to respond to and make every reasonable effort to prevent all forms of bullying, harassment, and violence among other students. 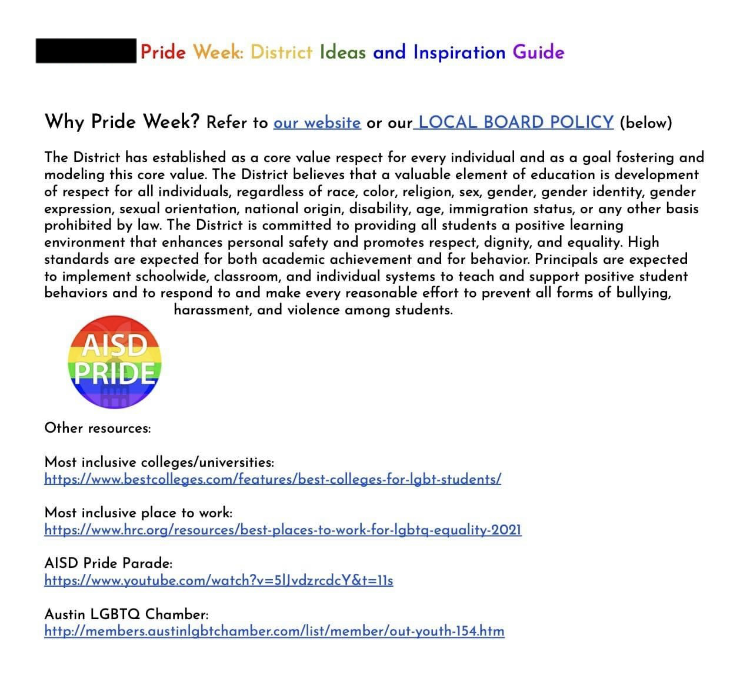 Every year, the AISD participates in the annual Pride Parade “to increase the visibility of AISD as a district that welcomes all students and staff, in a safe, supportive learning environment.” The parade was suspended last year because of the pandemic, but will be back in August 2021.

The district has also given the explainer of the ever-expanding identities in the LGBT+ lexicon. 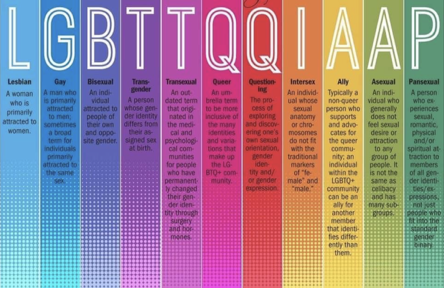 There is also an explainer on how to include pronouns on online platforms such as BLEND and Zoom. This is part of a lesson on the final day of Pride Week. 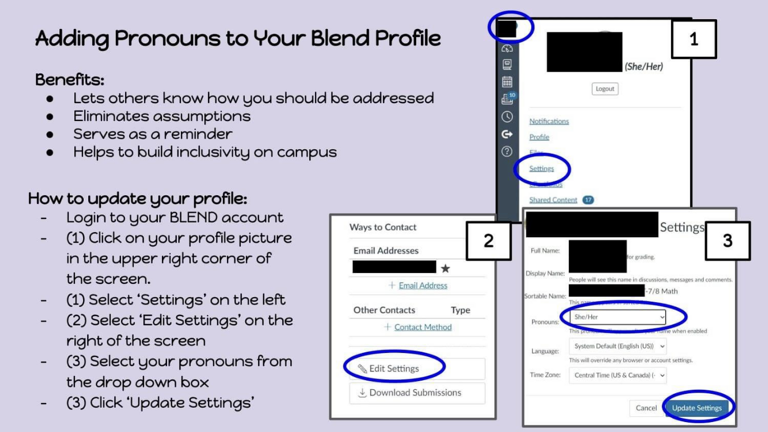 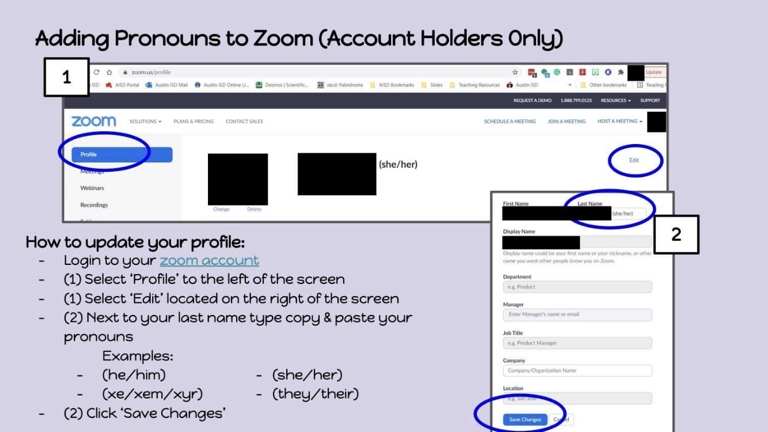 Included in the package are discussion questions. 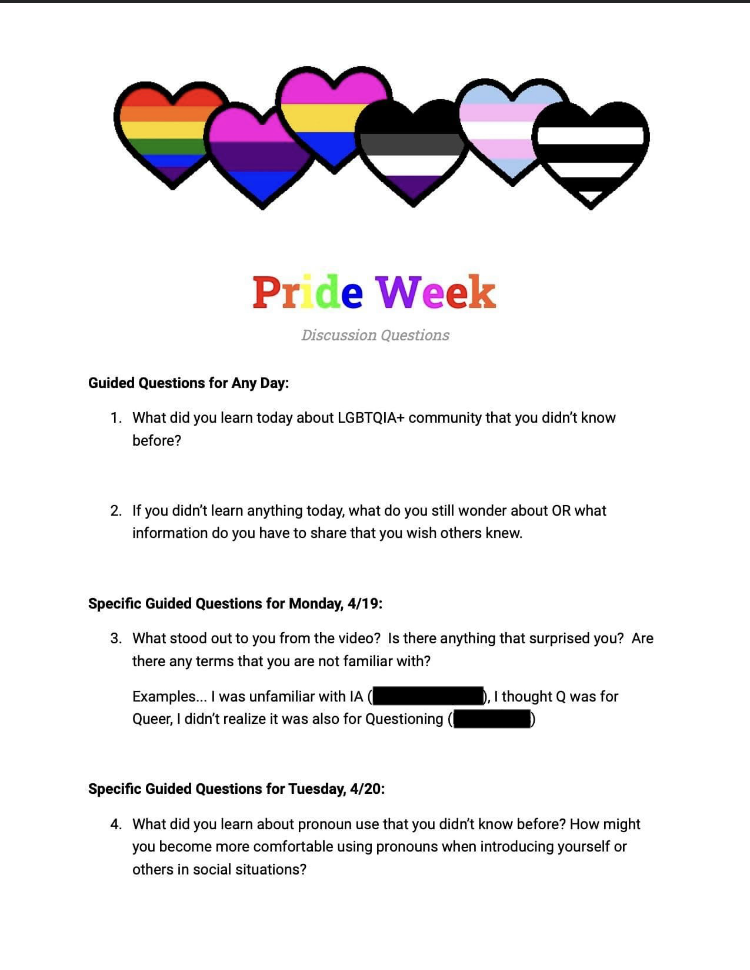 Here are some images of the Pride and Transgender flags flying in the public schools. 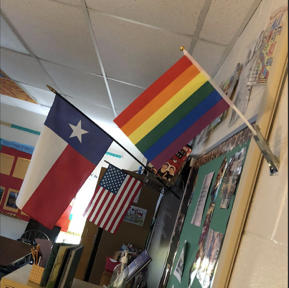 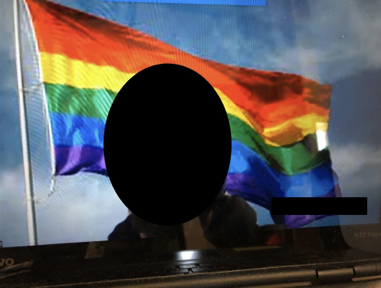 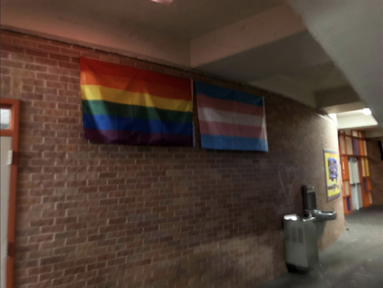 There is a limited amount of classroom time, is indoctrination into the leftist LGBT+ agenda the best use of it?

Although the academics in the AISD are better than many in the country, and there is a 92% graduation rate, the proficiency in reading and math are still both still sitting at 51% according to standardized testing.

Maybe education should be about educating children rather than indoctrinating them.