Could you give a more mixed message on this?

Public Health officials have been undermining their own credibility on this pandemic since Day 1.

Early on, it was “the Wuhan virus isn’t a big deal”, and “you don’t need to wear a mask in America.”

Look at where we are 13 months later.

And the “experts” wonder why people don’t believe what they say.

This isn’t just about a learning curve, either. No, these people have openly admitted to knowingly lying to the American people about N-95 masks in order to reserve them for healthcare workers. As the pandemic continues, we have seen how else they’ve been lying to us. Like that whole COVID spreads by touching surfaces nonsense, or the hemming and hawing on whether or not it’s airborne. Spoiler Alert: it clearly is, despite the cagey language of the CDC saying that it can “sometimes be spread through airborne transmission.”

It’s caused a lot of confusion and, frankly, a COVIDiocracy.

The mandates have become increasingly bizarre and they’re just not based on any real science.

Case in point — outdoor mask mandates. Why the hell do you need to wear a mask when you’re outside? That doesn’t make an iota of sense.

Here he is shuffling out of the White House with his obligatory two-step “Look at me! I’m healthy and spry!” jog while wearing his signature Aviators and signature mask.

After walking alone to the podium, (co)President Biden removes his mask to tell Americans that anyone who is fully-vaccinated no longer needs to wear a mask outdoors if they are “not in a large crowd” according to updated CDC guidelines.

President Biden: “If you’re in a crowd, like a stadium or a concert, you still need to wear a mask.” pic.twitter.com/7h5NbWLvVg

Nah, dude. You don’t need a mask outdoors because the outdoor spread of this virus isn’t a thing — the “experts” say it’s “extremely rare” and well, I count that as practically non-existant.

Biden took a couple of questions, and boy was that a mistake.

NBC’s Peter Alexander asks, “You chose to wear a mask as you walked out here, what message were you sending by wearing a mask outside alone?”

It’s a good question — and a surprising one considering it was one of the Big Three networks who ran cover for Biden during the presidential campaign. As expected, it was greeted with a lackluster answer. Biden explains that he wore it in order to show that you don’t have to wear it. Okayyy…

Biden tries explaining why he worse a mask outside despite new CDC guidance saying he doesn’t have to pic.twitter.com/8mVF6vjqHX

Dear Lord! I cannot believe that this shambling mound of mediocrity is President of the United States of America!

As I mentioned in my article on Tuesday about the COVIDiocracy video, the CDC and the World Health Organization don’t always agree…so which set of experts do you listen to?

If someone is swallowing wholesale what both the CDC and the WHO say about COVID, then it’s pretty clear that they’re not too bright. Agreeing with both would be an interesting feat since the CDC and the WHO disagree on things like masking children. The CDC says children over the age of 2 should wear masks in public, while the WHO says masking should not be used for children under the age of 5 and that there are many factors to consider before masking children under age 12. 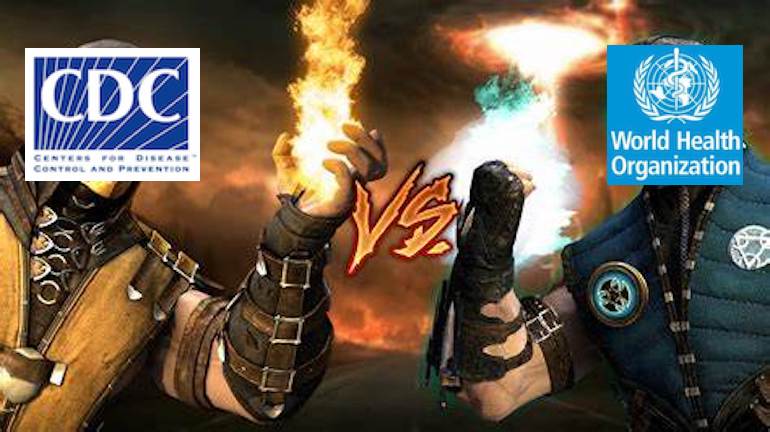 Meanwhile, CDC Director Rochelle Walensky isn’t doing much better — but at least she wasn’t caught wearing a mask while alone outdoors immediately before the announcement.

Here are the new B.S. regulations about when it is and is not “safe” to wear a mask. 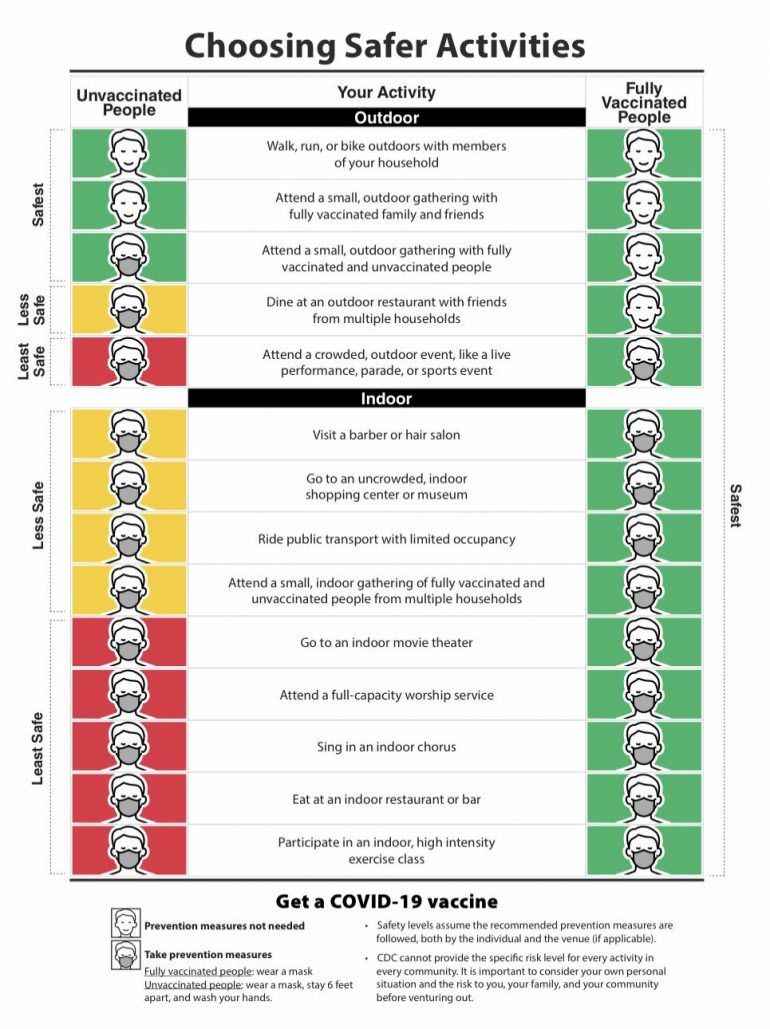 Can you imagine what kind of people create that chart?

Why is it so complex? Dr. Walensky says that the restrictions are in place “largely to protect others.”

CDC Director Dr. Rochelle Walensky says those who are vaccinated should wear masks indoors “largely to protect others and really to protect the unvaccinated.” pic.twitter.com/6YtuZdNQC1

But she also told MSNBC’s Rachel Maddow at the end of March that “vaccinated people do not carry the virus — don’t get sick. And that’s not just in the clinical trials, but it’s also in real-world data.”

"We're still losing people at a 1,000 deaths a day," CDC Dir. Walensky says, speaking on Covid-19 with @maddow. "I just can't face another surge when there's so much optimism right at our fingertips." pic.twitter.com/XmoaSO5uzK

Isn’t it a strange coincidence that this news came on the same day as Tucker Carlson was blasted online and in the Corporate Media as “dangerous” for his Monday night rant on masking — specifically about children who are outdoors?

Tucker Carlson: “Masks are purely a sign of political obedience, like Kim Il-sung pins in Pyongyang. We wear them because we have to … It’s our job to restore the society we were born in.”

Children forced to wear masks outside “is a form of child abuse.” ???? pic.twitter.com/Er2KffcXRF

Look at this absolutely shameful CNN segment with “deceptively edited clips” of Carlson:

Those clips were deceptively edited, and they don’t care, because nobody will call them on it. Personally, I think that Tucker Carlson should sue them into oblivion.

These people are disgusting. No wonder CNN is losing viewers faster than rats fleeing a sinking ship.

But they’re just parroting what the “experts” and what the Biden-Harris White House is saying.