Who knew that tweeting praise for Hitler would get you fired from CNN? This guy didn’t think it would be a problem… and for seven years, it wasn’t. This is CNN.

A CNN contributor in Pakistan tweeted about Hitler as rockets from Gaza hit Israel, and it caused scrutiny over his other tweets. A very troubling tweet history was unearthed. Adeel Raja has been intermittently tweeting support for Hitler for 7 years.

The sham of a news outlet just noticed. Raja has been on CNN’s payroll for 8 years.

A CNN contributor has been fired after tweeting ‘The world today needs a Hitler’ in response to the growing violence between Israel and Palestine.

In a statement, CNN officials said Adeel Raja’s ‘reporting contributed to some newsgathering efforts from Islamabad. However, in light of these abhorrent statements, he will not be working with CNN again in any capacity.’

Raja, who appears to have worked as a freelance contributor for CNN since 2013, tweeted the anti-Semitic remark at around 12:45 p.m. Sunday, and deleted it at around 3:15 p.m., according to the Washington Examiner.

Raja was very proud of his status as a CNN contributor. 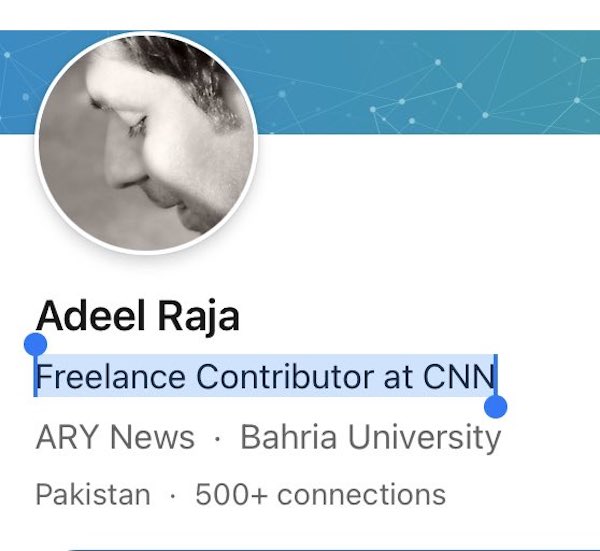 And his investigative journalist award: 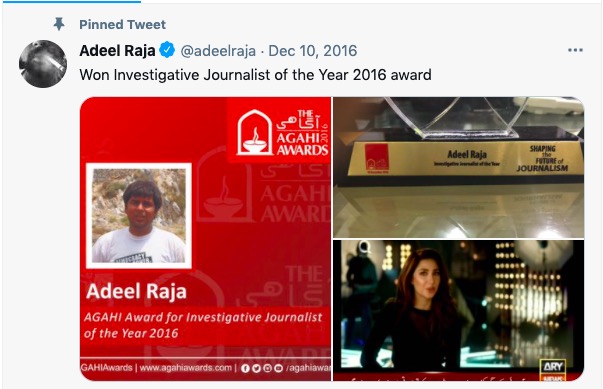 Raja had been working with CNN in Islamabad, Pakistan since August 2013, according to his LinkedIn profile, and his most recent byline on the news website appears to have been from September 16, 2020.

He is also an executive producer at Pakistani ARY News.

In 2016, he won the Agahi Award for Investigative Journalist of the Year, according to his Twitter account. The Agahi Awards are an annual series of awards for journalism in Pakistan.
Source: Daily Mail

Here are some of his choice tweets that were exposed and archived: 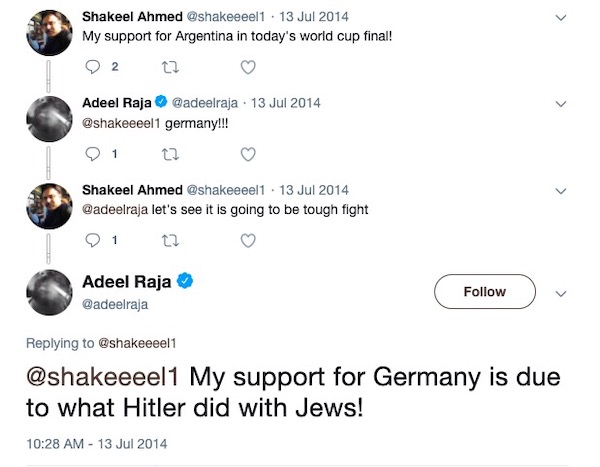 CNN’s Head of Strategic Comms @mdornic told me of the widely shared Hitler-praising tweets from freelancer Adeel Raja that he “has never been a CNN employee” and “will not be working with CNN again in any capacity.”

It’s important to note that this antisemitic a-hole is still on Twitter, but the former President of the United States is not. 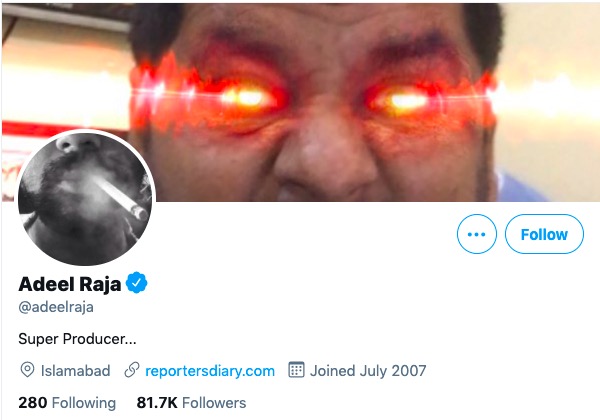 Maybe it’s just me, but I’m not getting the feeling that this guy isn’t sorry for invoking Hitler… 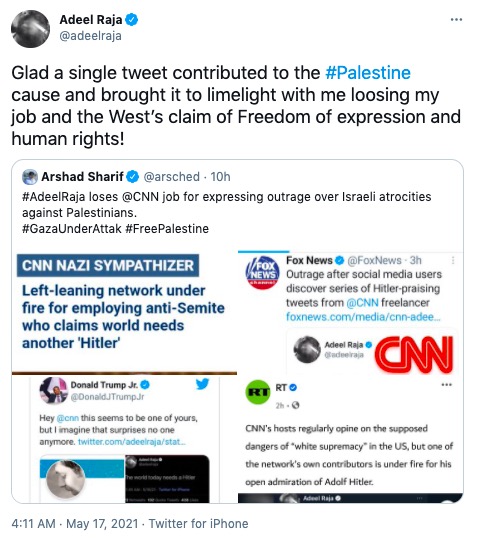