It looks like the esteemed Dr. Fauci has some explaining to do…

Pro-life activist and undercover journalist, David Daleiden was targeted and harassed by Kamala Harris when she was California’s Attorney General for releasing the bombshell videos of Planned Parenthood admitting to selling body parts of aborted babies. By the way, so-called “fact-checkers” have claimed this is false, but they’re being a bit cute with that. Harris met with Planned Parenthood and then her successor went after Daleiden two months after Harris went to Washington to become a Senator.

What’s more disturbing is that this University of Pittsburgh study was given grants of over $400,000 by the National Institute of Allergy and Infectious Diseases — the organization headed up by Dr. Anthony Fauci.

These are your tax dollars at work.

Daleiden says that Fauci “owns every bit of this issue” and needs to come clean on how the tissue was obtained.

The National Catholic Register reported on the use of fetal tissue in scientific tests back in December 2020 in an article by Stacy Trasancos. Included was this University of Pittsburgh study funded by the NIH and Dr. Fauci’s NIAID.

Trasancos writes that researchers at the University of Pittsburgh published their work on humanized mice and rats with scalp tissue, “full-thickness human skin”, lymphoid tissues, and hematopoietic stem cells from the liver — all from the same child. The humanized mice are meant to “aid the study of the immune system when the skin is infected” without putting an actual human at risk.

To make the hSIS-humanized rodent models, full-thickness fetal skin was taken from humans aborted at the gestational age of 18 to 20 weeks of pregnancy at the Magee-Women’s Hospital and the University of Pittsburgh Health Sciences Tissue Bank. The mothers provided written consent for the fetuses to be used in research.

From the aborted fetuses, thymus, liver, spleen and full-thickness skin were transplanted and grafted onto the rodents and allowed to grow. Then the rodent models were given a staph infection on the skin to study how the internal organs responded.

The human skin was taken from the scalp and the back of the fetuses so that grafts with and without hair could be compared in the rodent model. Excess fat tissues attached to the subcutaneous layer of the skin was cut away, and then the fetal skin was grafted over the rib cage of the rodent, where its own skin had been removed. The grafts lasted up to 10 weeks post-transplantation. Multiple layers of human keratinocytes and fibroblasts were observed in the grafts, and the human skin grew blood vessels and immune cells.

Human hair was evident by 12 weeks but only in the grafts taken from the fetal scalps. In the scalp grafts, fine human hair can be seen growing long and dark surrounded by the short white hairs of the mouse. The images literally show a patch of baby hair growing on a mouse’s back.

Photos of the human hair growing on lab mice were posted in the study published in the Scientific Reports section of Nature. ClashDaily has decided not to publish the images here. 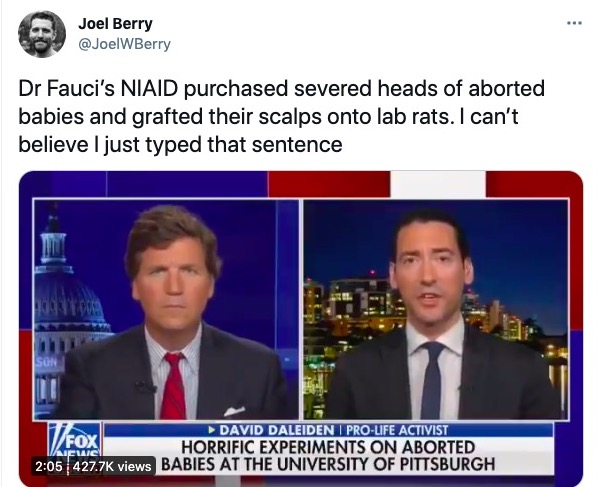