It’s about as creepy as it gets.

Parents at pricey private schools in New York are pushing back against some disturbing elements of the “progressive” education on diversity, inclusion, and equity, as well as the sex-ed curriculum.

This group of parents aren’t all conservatives objecting to the instruction at the school that they’re paying $55,000 in tuition for their children to attend, they’re concerned parents that don’t think that the material is age-appropriate.

Bari Weiss has reported that many wealthy, successful — often liberal — parents all over the country are very concerned about the “education” that their children are receiving in the country’s elite private schools, but are afraid of the backlash if they go public.

As a refresher, Dalton is the same school that canceled an annual ice skating party at a rink in Central Park because the rink had the Trump logo on the boards.

The instructor, Justine Ang Fonte, has resigned and will not return in the fall.

“Throughout her tenure at Dalton, Justine Ang Fonte has helped to develop an exemplary K-12 Health and Wellness program. Dalton — our faculty, staff, administration, and trustees — continue to stand firmly behind this program and those who teach it,” Best wrote.

“At faculty and staff meetings this week, Justine announced her decision to leave Dalton to focus on her work as an independent Health Educator. She has been working toward this goal for over a year. We support Justine’s aspirations and look forward to honoring her accomplishments as the academic year comes to a close.”
Source: New York Post

One parent said that she was not impressed with the statment about Fonte’s resignation. “This inability to admit a mistake or acknowledge misstep is strange,” she said. “It shows a real lack of emotional intelligence and self awareness on behalf of the leadership team.” 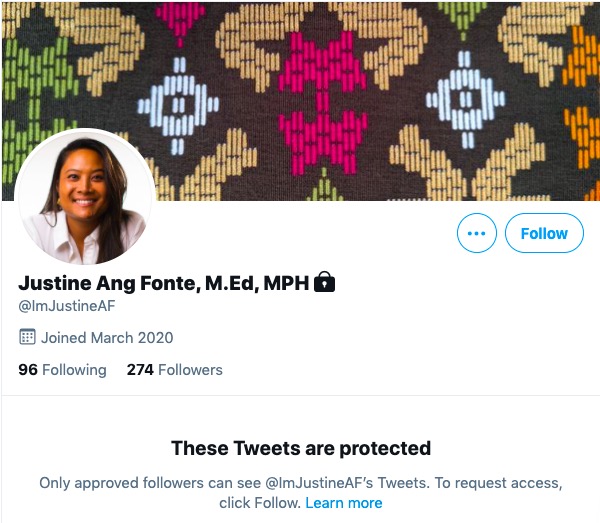 Fonte’s lesson for first graders included the video below which many parents found inappropriate.

Parents pushed back, however, and said that it was ironic that the school teaches about “consent” to an extreme — even saying that parents should ask their children if they can hug them — but didn’t get consent from parents for such a controversial lesson. One parent said, “We are not ‘confused.’ We are in fact just seeing very clearly for the first time what a ‘progressive’ education really means at Dalton. The fact that the school then gaslit parents into thinking we are confused is abysmal.”

“I identify as non-binary,” she is quoted as saying, “but because that hasn’t hit the general consciousness of the adult industry, I say ‘girl,’ because that’s what people who want to buy my content will be looking for.”
Source: New York Post

This is some very sick stuff being taught to children.

Could we maybe, just maybe, focus on education rather than indoctrinating kids into weird sex stuff? That would be nice.

And this is just one more reason why people are choosing to homeschool their kids. Do you blame them?