At what point, exactly, will the Corporate Media admit that maybe there’s something not quite right with Joe?

It’s clear as day that the guy is off his rocker and should really be back in Delaware, kicking back with his grandkids and sampling different ice cream flavors to his heart’s content.

Instead, the United States is stuck with a shambling carcass of mediocrity who carries staff-prepared cards in his pocket that instructs him what he’s supposed to say when he’s asked a question.

When he responds off the cuff, bad things happen.

A reporter asked a legitimate reporterly question (shocking, I know,) and Joe clearly didn’t have his cards with him. His response was…strange to say the least.

The reporter asked, “Are there people in the Democratic Party who want to defund the police?”

This is a reasonable question as crime has soared over the last year in places that chose to defund or “reallocate” funding for police.

His response was, “Are there people in the Republican Party who think we’re sucking the blood out of kids?”

Joe Biden was given the chance to condemn the Democrat-run cities defunding the police around the country, but he refused.

Instead, he bizarrely responds: “Are there people…who think we’re sucking the blood out of kids?” pic.twitter.com/LpOaQSTGed

Ok, there are a few ways that can be taken.

The most obvious one is that Joe was deflecting by tossing out a reference to a fringe Q-Anon conspiracy theory that believes that the Democratic Party is filled with a cabal of Satan-worshipping pedophile cultists who engage in cannibalism. Now, how many people actually believe that is a guess, and even if they did fall into that trap, well… Democrats don’t exactly make it easy to defend them with close ties to Jeffrey Epstein, Harvey Weinstein, Ed Buck, and the weird “spirit cooking” performance art by Marina Abramovic that really make it look like they’re engaging in — or at least turning a blind eye to — the sexual trafficking of young girls, sexually predatory behavior, and disturbing satanic rituals.

Joe was giving a cue to the press that they should be hounding Republicans about Q-Anon more than they have been instead of asking questions to Democrats because everything in Bidenland is going along oh, so swimmingly. 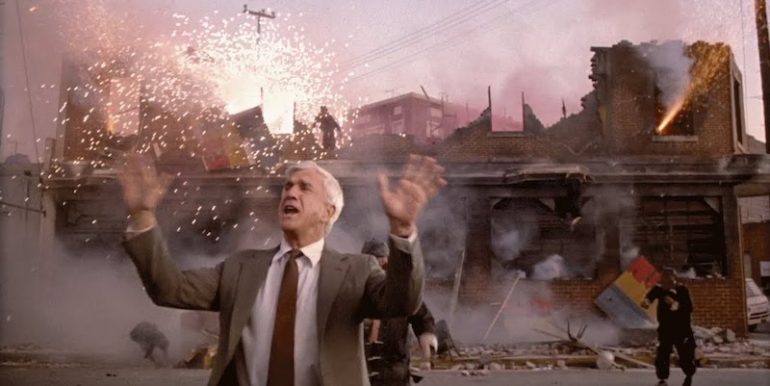 Joe’s response would be consistent with someone who a) binge-watched the Q-Anon “documentaries”; or b) is just regurgitating what his team told him about a group of Trump-supporting Republicans.

The second way to take this is that Biden was attempting to invoke the idea of “blood libel” by suggesting that it’s vilification to say that the “defund the police” movement is backed by some Democrats. To be fair, Joe has never ever been bright enough to make that argument…and his mental acuity is much worse now.

The third approach that Joe could be making is suggesting that the two questions should be taken with the same amount of seriousness — they’re both “conspiracy theories.” He was dismissing the question as just as ridiculous as the belief that Democrats are “sucking the blood out of kids.”

This is probably the most plausible reason for his bizarre response.

We saw that the Democrats tried pinning the defunding of police on Republicans for about five minutes, but it clearly didn’t work. That’s probably because we have lots of evidence to the contrary.

The Squad members are all-in when it comes to defunding police.

Heck, so was Joe when he was running for President. He was all for “reallocating funds” from the police — which means defunding them to some degree and using those resources elsewhere.

And let’s not forget that the Democratic Party has a real affinity for the self-proclaimed marxist Black Lives Matter organization which is not just calling for “defunding” but the abolition of the police.

It’s also quite relevant since it appears that “Open Society” founder and billionaire leftist donor George Soros, who tosses his money to back “progressive” Attorneys General who are soft on crime, spent $1 million on the “defund the police” movement in 2020. It was his “largest political donation of the 2021 election cycle” according to the Washington Examiner.

So, instead of just saying, “Yes, some Democrats are calling for the defunding of police, or have done it in the past and here’s why I disagree…” Joe just tossed out another question because he doesn’t want to be bothered to answer a journo.

We’ve gone from the guy who would engage with even the most rabid partisans who built a platform on soundbites and leftist grandstanding in their role as “journalist” to this guy who is mostly hidden away and when the press does finally get access, he won’t give a straight answer on a very basic question.

And our Corporate Media response is…