Thin-skinned Chris Cuomo was grilled by a reporter on whether he had a role in his brother’s decision to resign after the damning AG’s sexual harassment report.

On Tuesday, Cuomo was out on his speedboat for a few hours in Sag Harbor. When returned to the dock, a Fox News journalist asked about his brother’s sudden resignation.

As usual, CNN anchor Chris Cuomo was snarky when questioned. Fox News reports that off-camera Cuomo implied that he could have the reporter arrested by state troopers when he said that he had “called to tell them not to get you.”

When Cuomo was asked if his brother, Andrew, was also heading out to the Hamptons, he snarkily replied, “Yes. He’ll be here in five minutes.”

The reporter asked if Chris had advised his brother on resigning if he thought that was an ethical conflict, and if he “believed the women.”

Unlike Cuomo, the reporter was courteous and respectful during the exchange.

Cuomo refused to answer the questions.

CNN star Chris Cuomo spent four or five hours on his speedboat Tuesday as his brother, New York Democratic Gov. Andrew Cuomo, was forced to resign from office amid a storm of sexual harassment allegations, smoothly returning to the dock before dusk where he was met by a Fox News reporter.

“Have you spoken to your brother today, sir?” a Fox News reporter asked the CNN host as he stepped onto the gravel at the tony Sag Harbor Yacht Yard Tuesday, in boat shoes and shorts with a row of mega yachts behind him.

“Of course I have,” Cuomo replied.

“Did you advise him to step down?”

The CNN star did not respond.

Fredo then got into a Ford F150 with the Stars and Stripes on the bumper and drove off.

I hope that someone sends a “trigger warning” to New York Times Editorial Board member Mara Gay before she watches this exchange. Near Memorial Day, Gay said on MSNBC that she was “disturbed” to see pickup trucks with flags on them in Long Island. Chris Cuomo lives on Long Island. According to Mara Gay, that makes him a “blood and soil” white nationalist.

CNN allowed Andrew Cuomo to show up on Chris’s primetime show during the pandemic and the pair made jokes. It was bizarre and clearly a violation of journalistic ethics.

Speaking of violating journalistic ethics, Chris Cuomo did just that when he was apparently advising his brother and his aides behind the scenes on how to handle the growing sexual harassment scandal.

When it was reported, CNN apparently put the kibosh on that, but Fredo kept on advising his scandal-ridden brother despite apologizing on-air in May and saying that it “would not happen again.”

According to the New York Times, Chris advised his big brother to resign and that was corroborated by CNN’s resident potato, Brian Selter, on Stephen Colbert’s show on Tuesday night.

…CNN’s Brian Stelter reported that Chris was in ‘regular’ contact with Andrew, and had ‘advised him to resign.’

CNN previously banned Chris from helping his brother plot how to respond to allegations he sexually harassed 11 women, and it is unclear if him telling Andrew to resign could be considered a breach of that prohibition.

The network said it had not stopped Chris from chatting with his brother, with the Times sharing its story hours after Andrew announced he was stepping down as Governor of New York.

Chris’ colleague at CNN, media reporter Brian Stelter, told The Late Show’s Stephen Colbert on Tuesday that ‘some people’ at the network are mad at the Prime Time Cuomo host for trying to help his brother beat the harassment allegations.
Source: Daily Mail

Here is CNN eunuch, Brian Stelter speaking to Colbert about the situation in his disturbingly high voice. He says that while Chris has upset some people at CNN, overall, the network covered Andrew Cuomo “fairly.”

Even @StephenAtHome knows that @brianstelter and @CNN are a total joke. pic.twitter.com/4bz3LHmezI

Just like many of the other “journos” over at CNN, we know that Fredo is an absolute Democrat hack and he lies.

He appears to be immune from repercussions of his actions no matter how damning they’d be for anyone not from a Democrat political dynasty.

So, if lying about ending quarantine, defending Antifa, encouraging political violence, strokin’ the Toobin, and sexual assault don’t get you fired at CNN, what does?

Well, simple. All an employee has to do is commit the one heinous crime that CNN can’t abide — and no, I don’t mean being a right-winger because they wouldn’t have been hired in the first place. It’s the other unforgivable act… refusing to be vaccinated.

CNN fired three employees who violated its Covid safety protocols by going to the office unvaccinated, the company said Thursday. It’s one of the first known examples of a major U.S. corporation terminating workers for ignoring a workplace vaccine mandate. https://t.co/wgkh1Pwy9i

The Babylon Bee has a great take on this.

CNN Employees Fired For Being Unvaccinated Wishing They’d Have Just Exposed Themselves On A Zoom Call Instead https://t.co/JhOTUX3ELr 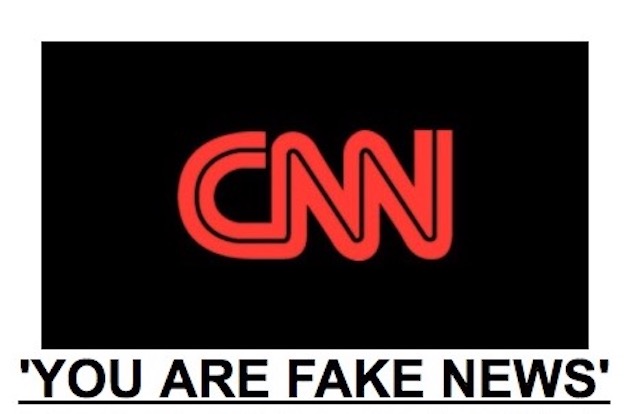