How many awards will the courts have to award to employees who have been discriminated before they realize that this new ‘anti-racism’ is just racism pointed at a new ‘acceptable target’.

No less an expert on wokeness than Ibram Kendi himself (in)famously said so.

Despite the obvious Constitutional problems arising from the promotion of anti-white racism in the workplace, AT&T is fully embracing it.

As you read what follows, keep in mind that THIS is a photo of their CEO… 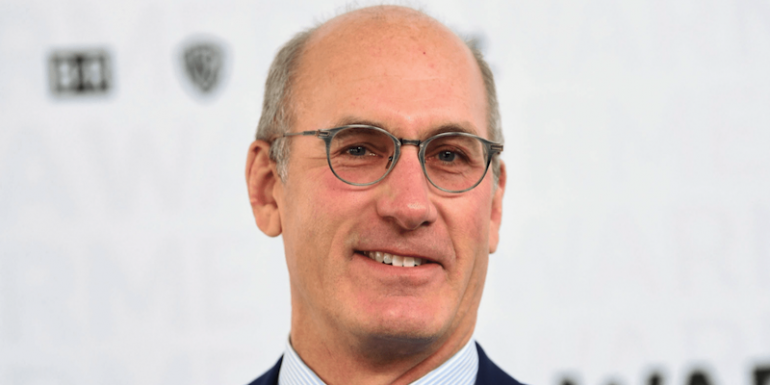 Christopher Rufo has received a cache of internal documents that blow the whistle on a program AT&T has been using to scold white employees and make them conform with racialized activist dogma… or suffer penalties for non-compliance. From his reporting:

I have obtained a cache of internal documents about the company’s initiative, called Listen Understand Act, which is based on the core principles of critical race theory, including “intersectionality,” “systemic racism,” “white privilege,” and “white fragility.” CEO John Stankey launched the program last year and, subsequently, has told employees that private corporations such as AT&T have an “obligation to engage on this issue of racial injustice” and push for “systemic reforms in police departments across the country.”

According to a senior employee, who agreed to speak on condition of anonymity, managers at AT&T are now assessed annually on diversity issues, with mandatory participation in programs such as discussion groups, book clubs, mentorship programs, and race reeducation exercises. White employees, the source said, are tacitly expected to confess their complicity in “white privilege” and “systemic racism,” or they will be penalized in their performance reviews. As part of the overall initiative, employees are asked to sign a loyalty pledge to “keep pushing for change,” with suggested “intentions” such as “reading more about systemic racism” and “challenging others’ language that is hateful.” “If you don’t do it,” the senior employee says, “you’re [considered] a racist.” AT&T did not respond when asked for comment.

…In the “Act” section of the training program, AT&T encourages employees to participate in a “21-Day Racial Equity Habit Challenge” that relies on the concepts of “whiteness,” “white privilege,” and “white supremacy.” The program instructs AT&T employees to “do one action [per day for 21 days] to further [their] understanding of power, privilege, supremacy, oppression, and equity.” The challenge begins with a series of lessons on “whiteness,” which claims, among other things, that “white supremacy [is] baked into our country’s foundation,” that “Whiteness is one of the biggest and most long-running scams ever perpetrated,” and that the “weaponization of whiteness” creates a “constant barrage of harm” for minorities. The 21-Day Challenge also directs employees to articles and videos promoting fashionable left-wing causes, including “reparations,” “defund police,” and “trans activism,” with further instruction to “follow, quote, repost, and retweet” organizations including the Transgender Training Institute and the National Center for Transgender Equality. —Christopher Rufo

His article goes into much greater detail, including specific claims from a resource featured on the first page of the reeducation portal that would be undeniably racist if directed at any other racial group.

That featured resource includes such defamatory claims as: ‘White America, if you want to know who’s responsible for racism, look in the mirror’; ‘American racism is a uniquely white trait’; and ‘White people, you are the problem’.

The author claims that other races, predictably, are incapable of being motivated by racial bigotry. How convenient.

Not only that, but the ‘training materials’ are also pushing left-wing talking points like reparations, defund the police, and trans activism.

Maybe they haven’t noticed, but this approach has been tried before… it ended badly for the employer.

I wonder how their customers (and shareholders!) feel about AT&T’s formal embracing of racist culture?

If the CEO truly believed what he was slinging to his employees, he would gladly give up his position to some far more deserving person of color. One that didn’t benefit from the same white privilege that made him the CEO of a Fortune 500 company.