Their very first act on American soil was to break American law… and now they’re making out like bandits.

They were detained in accordance with America’s Byzantine and contradictory laws established for the treatment of detained families who entered illegally, laws that were finally resolved with a ‘remain in Mexico’ policy that did not require illegal immigrants to be detained while they awaited their hearings.

Among his very first acts as President was to end the Remain in Mexico policy, and flood the country with illegal immigrants.

Now, on top of the chaos and expense that will come at all levels of government, and in all of the lower 48 states as a result, the Biden administration is going further. They are looking to cut checks for the ‘children in cages’ they attribute to Trump — despite those cages having been built by none other than Barack Obama and Joe Biden. 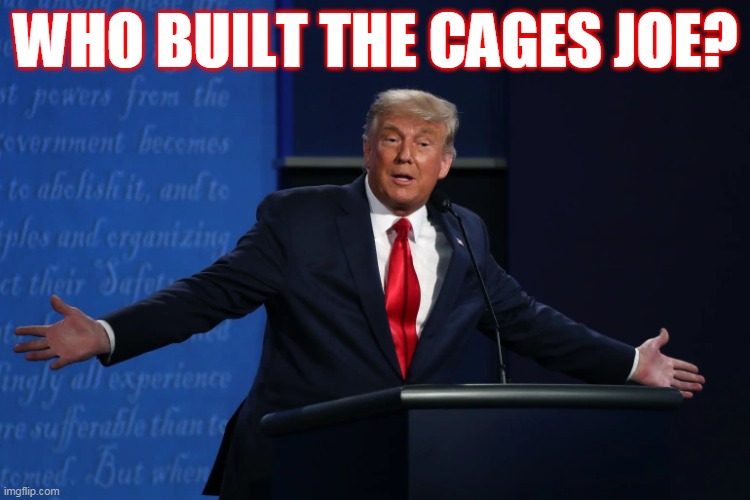 Biden’s people are looking forward to cutting BIG checks of YOUR money for these people who are coming to America, in most cases, looking for nothing more than a lifestyle upgrade.

Hint: That’s NOT what it means, legally, to be ‘a refugee’.

The Biden administration is reportedly considering paying out hundreds of thousands of dollars to migrant families separated at the southern border during the Trump administration, about $1 billion in total.

Officials from the departments of Health and Human Services, Homeland Security, and Justice have proposed paying each person $450,000, or nearly $1 million per two-person family, to settle claims about the lasting traumatic and psychological effects of being torn apart as a result of former President Donald Trump’s zero-tolerance policy, the Wall Street Journal reported Thursday afternoon.

The payments are in response to lawsuits filed in the aftermath of the policy, which was rolled out nationwide in April 2018 and shuttered in June 2018.

Approximately 5,500 children were separated at the border and sent to HHS facilities while their parents were referred for prosecution for illegally crossing the U.S.-Mexico border. Families could not be detained through those legal proceedings, prompting the separations.

The fact remains that these families had other options. They would be immediately reunited if they agreed to await a ruling on their asylum status while waiting from somewhere outside of the country. But they made a conscious choice to commit a crime as their first act in America, which legally required a response on the government’s part.

Now the plan is to reward such people with a 6 or 7 figure windfall… despite the fact that some of the ‘families’ that were being ‘separated’ were actually instances of coyotes ‘renting’ a child to a non-relative SPECIFICALLY so that they could game the American system.

We’ve explained the relationship between smugglers and children in some detail elsewhere: Leftists Don’t Seem To Know That Coyotes Are Human Smugglers — Hilarity Ensues 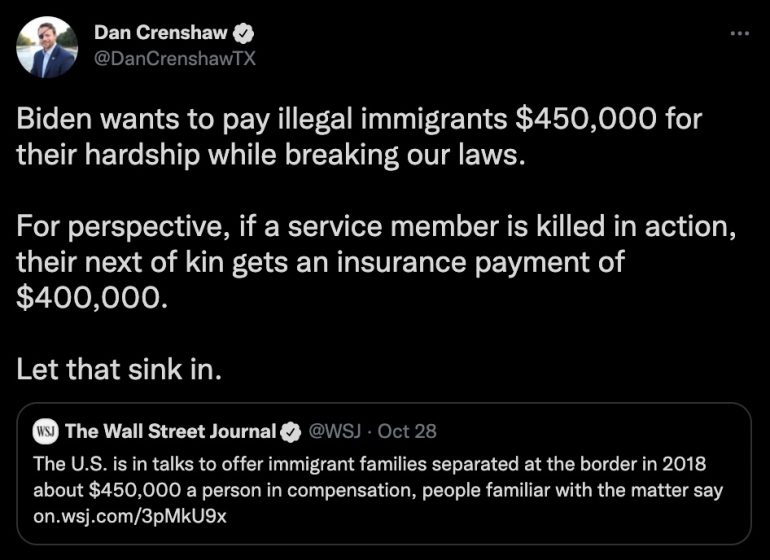 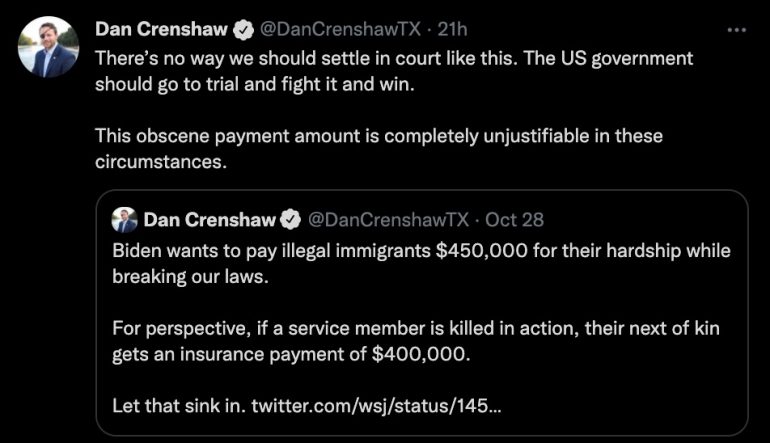 Major US cities across the country have been grappling with a massive homeless crisis. And what has the ‘compassionate’ Biden administration been doing?

Instead of turning their attention to that problem, they have been prioritizing flooding the country with another 2 ‘million future Democrat voters’.

An even better question is why the current administration is entangling themselves (at taxpayer expense) in the child trafficking industry? Biden/Harris Throw Kids To The Coyotes … Who Will Speak For The Tortured Children?