Seldom does a well-financed incumbent have to sweat the small stuff in a primary race. But this is no ordinary primary.

Gov Abbott has been in office for quite some time, and he has seen some successes during his time in office. That was all well and good, until the serious sink-or-swim tests of leadership came along.

Bureaucrats in labcoats at all levels of government were calling for a slew of unconstitutional mandates, Gov Abbott faced one set of leadership crises with the Chinavirus. Before that had a chance to resolve, Abbott faced another set of leadership crises with an open-borders radical in Government who faced no pushback on his efforts to trample the rights of Americans — including many Texans.

When Texans were asked last July who it was they would support, Abbott held a commanding lead. To say West was facing an uphill battle was an understatement.

Of those decided voters, Victory Insight, the polling company, determined that 71 percent of the undecided voters leaned in favor of Abbott over West. This means 81 of the respondents would have chosen Abbott. – Breitbart

Then again, if a week is a lifetime in politics, six months must be an eternity. A lot can change in ‘an eternity’… and a lot did change. 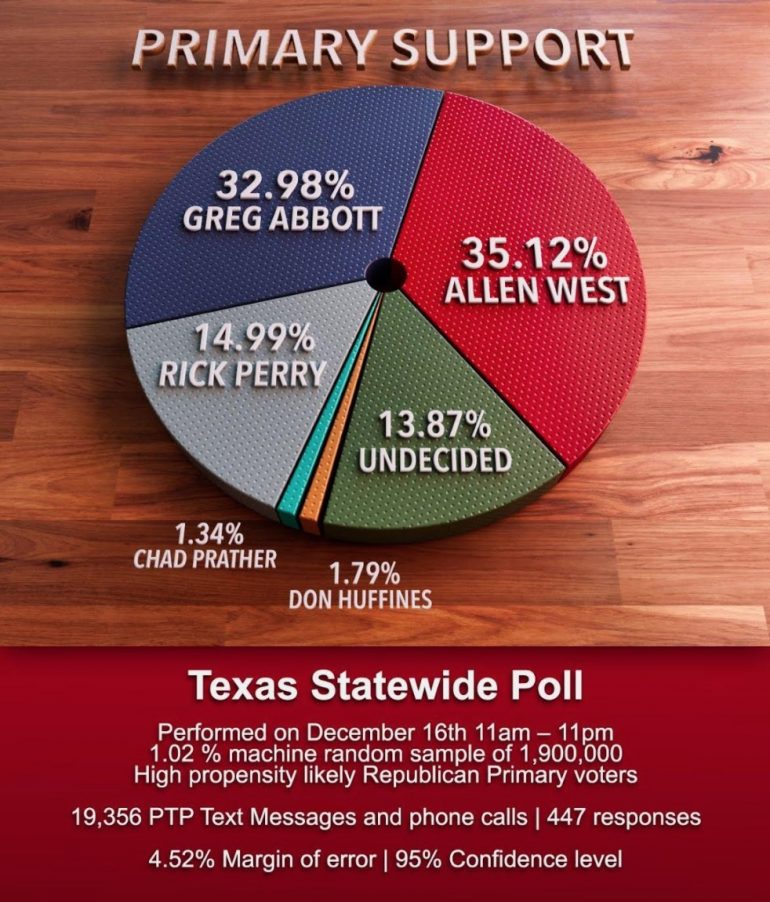 Let’s start with the fine print…

And now, the part you really care about:

With the March primary a little less than 3 months away, those are some pretty good gains. Would you like to know why the momentum is on West’s side?

We’ve got a list of some key highlights in this story: This Allen West Meme Is Pure Fire

Or you can go straight to the source on his West4Texas site and see for yourself what it is about him that has earned this website’s ringing endorsement.