Don’t buy the church lady and TV preacher’s explanation of what baptism is all about. They’ve got it all bass-ackward.

Sure, there’s a lot of metaphysical meaning in what’s happening in that moment, but if you think that translates into being dropped into some hot-tub embrace of a comfortable life while you wait for God to call your ticket to the sweet-by-and-by, you’re off by about 180 degrees.

Nope. If you look at the personal example of the Lord of Glory himself, it doesn’t look like that at all.

If you read it carefully, it looks a lot more like the opening scenes of pretty much any war movie where the new recruit steps off the plane with explosions in the distance and some grizzled sergeant telling him ‘welcome to the war’.

Not quite what most little Christians were expecting, was it?

Maybe if it WAS what we were expecting, we wouldn’t see so many Christians spending most of their Christian walk on the side of the road with a dazed expression on their face and tire treads from el Diablo’s 18-wheeler across their back.

But just because we’re talking about going to war with the enemy don’t mistake this for a pessimistic message. We’re not going to war to LOSE… we’re going because we know that — whether it looks like it right now or not — we’ve got the other side on the run.

We’re fighting ‘not against flesh and blood’ in our battle, but we’re still doing it with the same kind of fighting spirit as these two famous Americans, if we’re doing it right at all:

Not the kind of message you were expecting around a text of Jesus’ baptism?

Buckle up. It gets better. 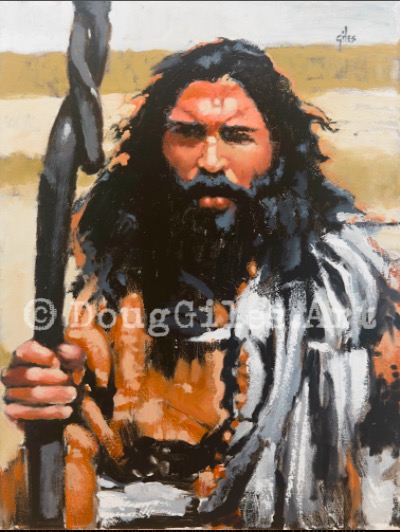 The original is still available here.

“More Than A Prophet” 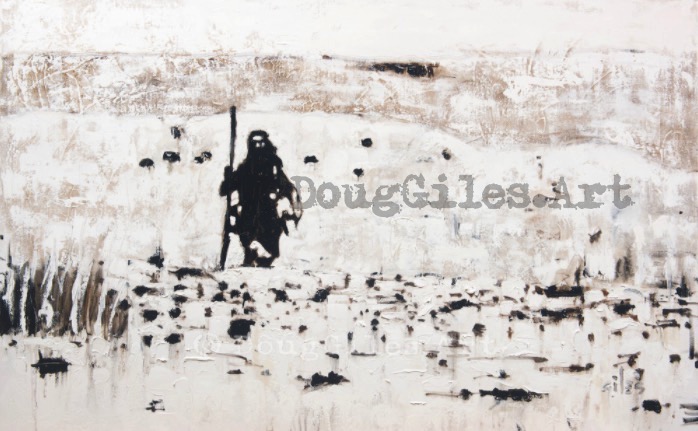 “The Temptation of Christ #1” 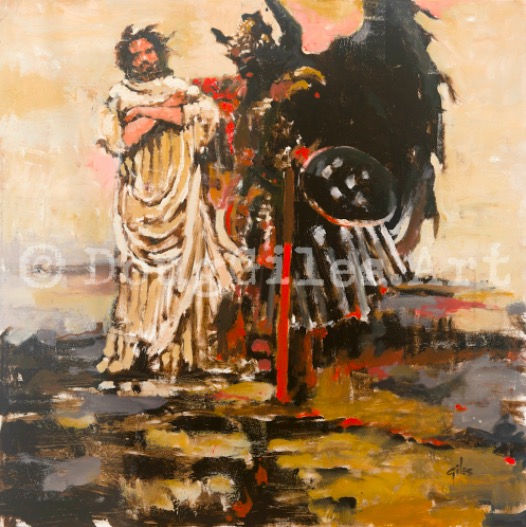 The original is available here.

“The Temptation of Christ #2” 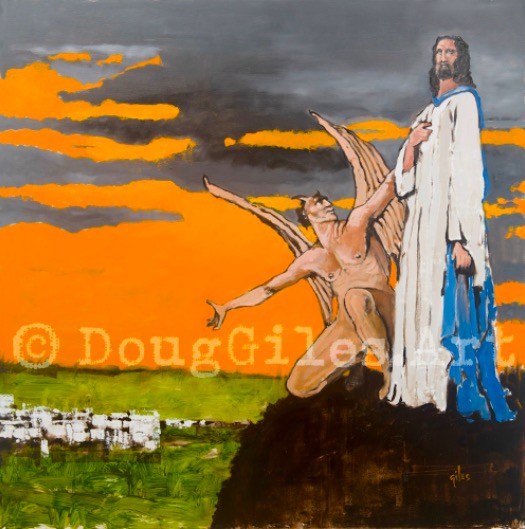 The original painting is available here.