He was a bodybuilder, she was a former Miss America contestant, and they had just relocated their family to get away from big-city crime.

Thomas Hand (37), and Christine Kozlowski (33) ran their business from home and, on the weekends, they would visit different neighborhoods and strike up conversations with people about how Jesus had changed their lives.

That’s what they had been doing in Montgomery, Alabama when tragedy struck their family. 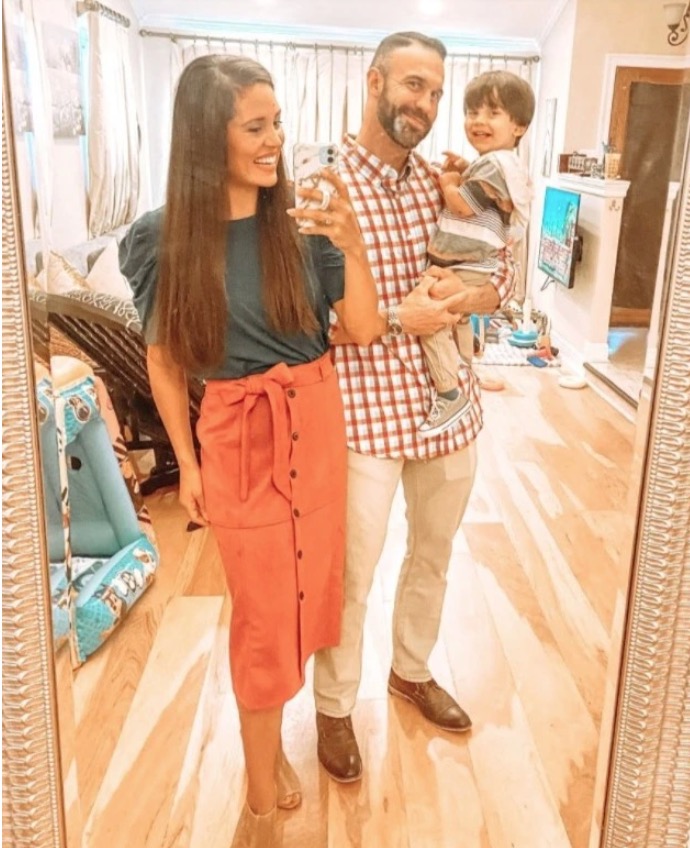 Pregnant Kozlowski and the couple’s two-year-old son Roman were speaking to a family on the opposite side of the street when they reportedly saw a shirtless and mumbling Jerimiah Walker walk up to Hand before shooting him.

The couple’s Kevin Rayan told The Sun that they had recently moved to Alabama from Louisiana as Hand wanted a “better life” for his family.

“He told me how happy he was to get away from here because New Orleans crime was getting so bad,” said Rayan, who first met Hand at the gym. — TheSun

It happened at 4:30 on a Saturday afternoon. Not understanding the situation, his toddler son looked down at his dad from his stroller and said, ‘you’ll be ok, dad.’

Hand died at the scene.

Walker was arrested at the scene and is charged with capital murder.

Authorities said the secondary crime needed to charge a suspect with capital murder was shooting the victim in the presence of a child under the age of 14.

No motive for the crime has been revealed.– TheSun

Christine Kozlowski has been grateful for the tremendous showings of support.