After the Cold War reboot, Russian President Vladimir Putin is bolstering his partnerships in Latin America as Biden prepares to send troops to his doorstep in order to defend Ukraine from an increasingly likely Russian incursion.

Russia has amassed 100,000 troops on the border of Ukraine.

Russian President Vladimir Putin has vowed to bolster ties with Latin American partners in a series of phone calls to his counterparts in Cuba and Venezuela at a time when tensions with the United States were simmering over Ukraine.

The talks came amid questions as to whether Moscow might seek to shore up its military presence in the Western Hemisphere to offset pressure it feels from the U.S. and its NATO alliance in Eastern Europe.

On Monday, Putin spoke with Cuban President Miguel Díaz-Canel via telephone. The Kremlin referred to the talks as an “in-depth exchange of opinions on bilateral cooperation in trade, the economy and investment” and Cuba’s presidency called the parlay “a cordial and fruitful telephone conversation.”

“The President of Cuba thanked Russia for the humanitarian aid supplied to the republic, including in the context of countering COVID-19,” the Russian readout said. “The presidents discussed further coordination of Russia’s and Cuba’s actions in the international arena in line with the principles of strategic partnership and the traditions of friendship and mutual understanding.”

The two men also “reaffirmed their commitment to strengthening bilateral relations and agreed to intensify contacts at different levels.”

Putin also spoke with Venezuelan President Nicolás Maduro last Thursday to discuss “topical issues of Russian-Venezuelan cooperation and the implementation of joint projects in trade, the economy, energy, and other sectors” including the response to the pandemic according to the Kremlin. The leaders also “reaffirmed their commitment to close coordination in international affairs in keeping with the principles of strategic partnership that underlie bilateral relations.”

According to Venezuelan authorities, the pair discussed “advances on economic, military and health issues, among others,” and Putin “expressed all his support and multidimensional backing in defense of the sovereignty and in pursuit of the development of Venezuela.”

Some of that sounds pretty ominous when you consider the parties are involved.

A group of dictators who suppress dissent all working in coordination with each other to oppose the United States. it kind of sounds like a progressive’s wet dream.

Russia is saying that sending troops to Latin America is a possibility.

Moscow’s Deputy Foreign Minister Sergei Ryabkov said he could ‘neither confirm nor exclude’ the possibility of Russia sending military assets to Latin America if the U.S. and its allies don’t curtail their military activities on Russia’s doorstep.

‘It all depends on the action by our U.S. counterparts,’ the minister said in an interview with Russian television network RTVI, citing Russian President Vladimir Putin’s warning that Moscow could take unspecified ‘military-technical measures’ if the U.S. and its allies fail to heed its demands.

U.S. national security adviser Jake Sullivan dismissed the statements about a possible Russian deployment to Cuba and Venezuela as ‘bluster in the public commentary.’

He said that ‘if Russia were to move in that direction, we would deal with it decisively’.
Source: Daily Mail

As “decisively” as the U.S. acted when the Taliban moved in on Kabul?

That was an absolute sh!tshow.

Isn’t it weird that Putin didn’t do these things when he was allegedly the puppet-master and, according to the left, controlled the White House between January 2017 through January 2021?

Gee, what could have changed to make Putin suddenly decide to invade Ukraine and simultaneously shore up support on this continent?

What could it possibly be? 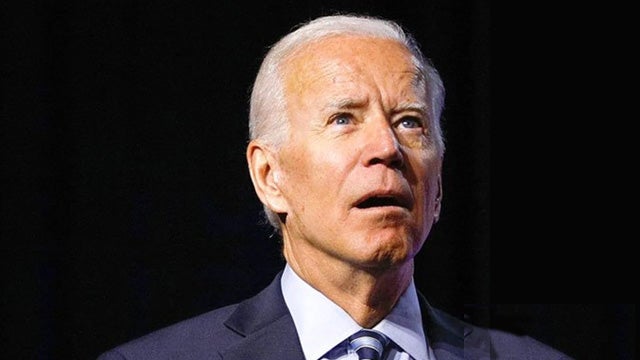