Most of the leftwing leaders around the world are awful, but Justin Trudeau is in a category by himself.

The self-described “male feminist” is a chronic virtue signaller who doesn’t miss an opportunity to pander to leftist causes and identity groups.

He’s a rabid environmentalist that is willing to toss aside the oil and gas industry in Canada which has been a significant economic driver for the country for decades.

Trudeau is also an avowed globalist who would rather have kudos from the Davos set rather than the support of the Canadian people.

With the way that Canada’s electoral system works, he really doesn’t need much of it anyway.

He’s dragging the entire country sharply to the left despite only having support from a third of the country.

He is awful and has always been awful.

But his authoritarian streak was revealed during the pandemic — Canadians must do as he says or else. The Liberal Prime Minister is fine with violating protected rights in order to have the masses submit to his will.

A whole lot of truckers objected to the tyranny and planned a protest. He called them racist, misogynists, violent, and filled with hate. All because they oppose a government-imposed vaccine mandate to cross the world’s longest international border.

As the trucker convoy approached, Trudeau announced that even though he was triple-vaxxed and tested negative for the virus, he was going into isolation for 5 days after being “in close contact” with someone who had tested positive.

Later, it was revealed that he and his family had been taken to a “secure location” in case the protest turned violent. It was also revealed that the “close contact” was one of his children that he was now “isolating” with. He then tested positive for the virus. Shocker.

It all seems like a rather convenient way to avoid dealing with the protest he doesn’t agree with. 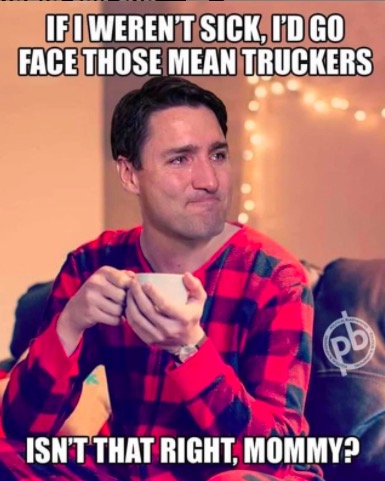 More gems are spreading all over social media.

A couple in honor of Groundhog’s Day… 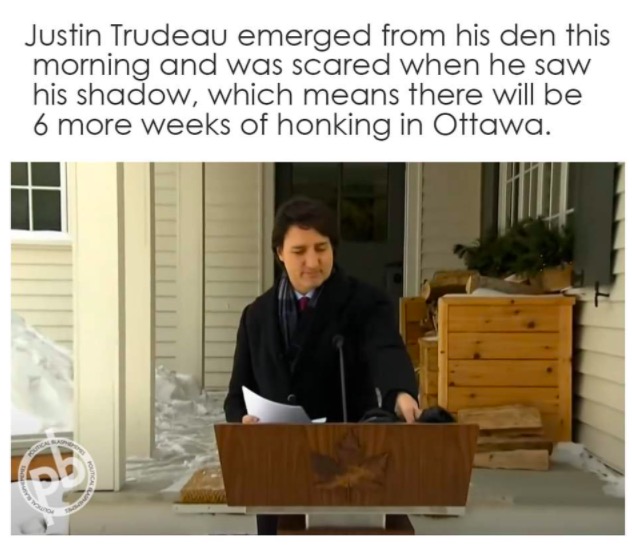 Others just mock him for hiding. 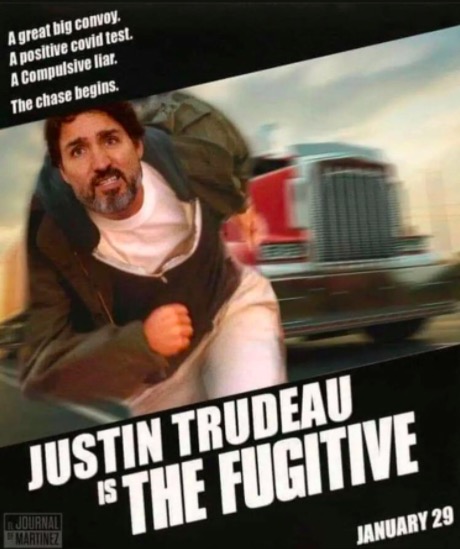 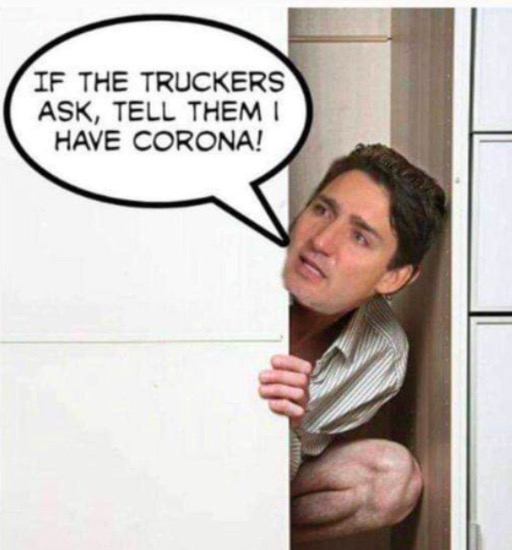 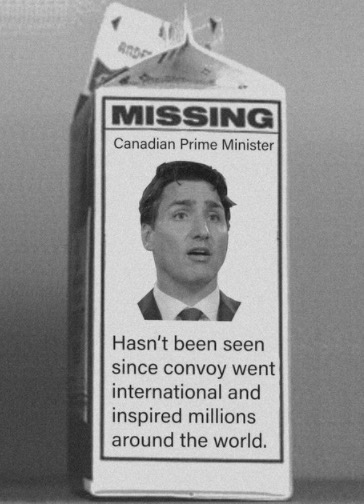 Here are a collection of memes set to the Canadian national anthem.

Oh, Canada! How did you end up with this clown as Prime Minister?! Canadians are stuck with this guy for another five years unless an election is called early.

Well, let’s hope the guy likes the sound of truck horns, because a lot of the truckers don’t seem to be budging. 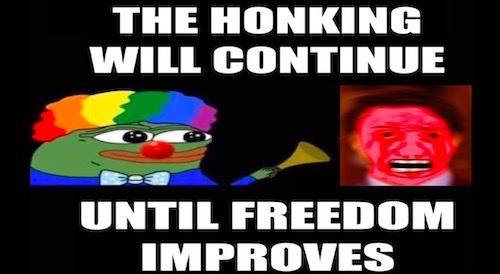