You might not know the name Cat Pausé. But in her circle, she was kind of a big deal.

With a heavy emphasis on ‘big.’

You see, she was a particular subset of the social activist class and she was based out of New Zealand’s Massey University. 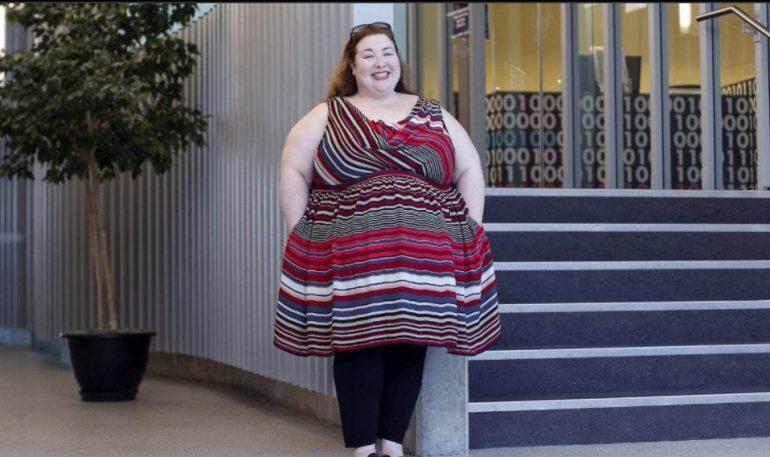 Because we now live in an age of intersectionality, it isn’t just the obesity issue she championed either. Here’s a screenshot of her Twitter bio: 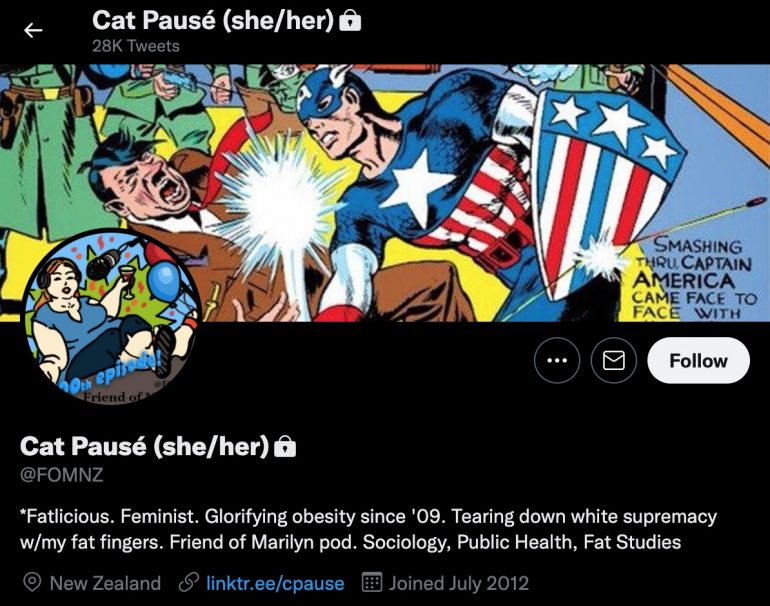 Here’s the photo she uses to identify herself on Twitter: 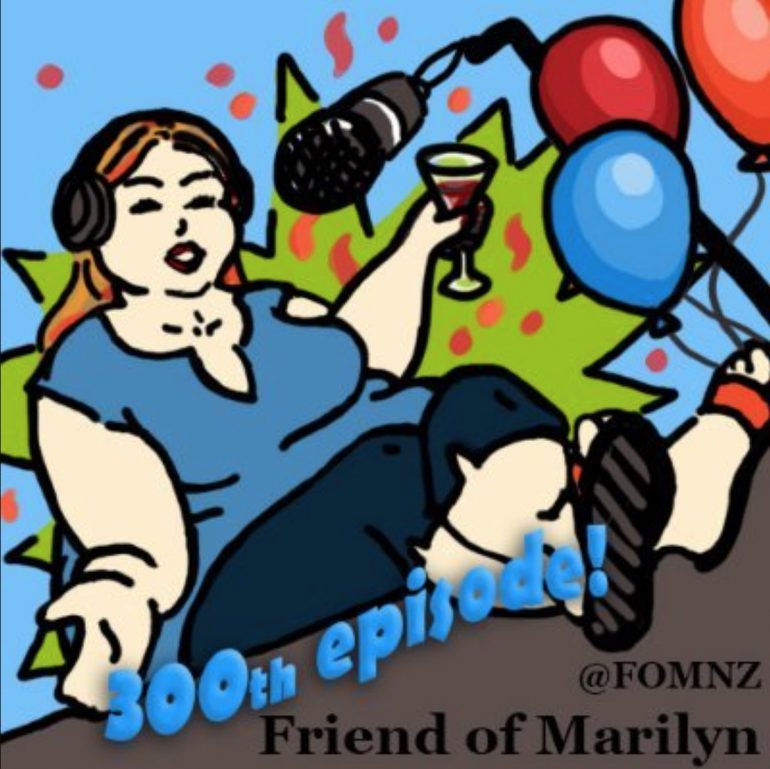 Part of her activism was geared toward making doctors change their position on obesity being part of an unhealthy lifestyle.

As it happens, the only reason we even knew Pause’s name was because we had happened upon Steven Crowder’s recent video. He got in character (it involved a fat suit and makeup) to infiltrate an obesity conference, and Crowder’s persona actually spoke, via Zoom, to Cat Pause herself. Crowder’s bogus paper was accepted by Cat Pause as legitimate scholarship.

So, Crowder decided to write and submit his very own Fat Studies paper for presentation, and with the help of his brilliant researcher, Crowder wrote an entire essay titled: “Embracing Fatness as Self-Care in the Era of Trump,” and submitted the abstract to the conference. Actually, it was submitted by “Sea Matheson” a wonderful and totally academically legitimate gender-queer fat pride activist.

Now, unfortunately, due to COVID, the in-person conference was canceled. Luckily for Miss Matheson, there was still a virtual conference. And a good thing for Sea Matheson! Because zer abstract was ACTUALLY accepted by the chairwoman “Dr. Cat Pausé,” a self-described “fat studies scholar,” and just like that, Sea was scheduled to speak alongside these intellectual titans. —LouderWithCrowder

Just days later, the 42yo fat activist died in her sleep.

.@MasseyUni's fat studies scholar Cat Pausé suddenly died in her sleep last week for reasons that have not been made public. The American academic was an activist who spoke about countering fat stigma, queering fatness & opposing healthcare bias against the obese. pic.twitter.com/Pxh2o64PmZ

Maybe — just maybe — reality and physiology had a vote that was stronger than the power of her convictions.

The world has enough fake ‘badass’ women. It needs more of the real deal.

A good place to start is putting powerful examples of the right kind out there to inspire women to be the best version of themselves rather than simply the biggest. We could start here: