If you really want to bring your troll game up to the next level, you need to watch this guy work his magic.

It all began with the announcement that mask mandates were being lifted.

That’s good news, right? For most of us, yeah. But not for liberals.

It was a great opportunity for one Twitter account to riff off a longstanding joke about being outraged at [situation] and invoking a younger child in the story.

There is often an ‘I’m literally shaking right now’ line included in there, but the joke still works without it.

Here’s the screenshot of his bio. 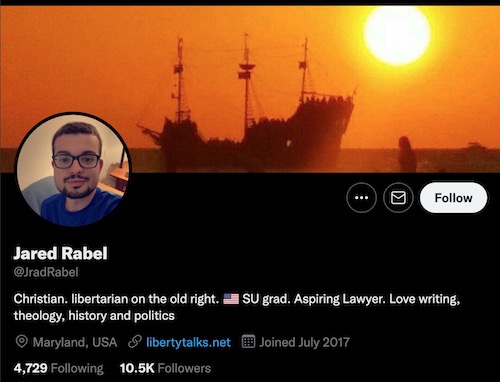 He’s a libertarian, which will help you get a sense of where he’s coming from and why what follows is both hilarious and absurd.

This is Smollett-tier unbelievable, right? No reasonable person would take this seriously, ri –?

Hold on, he’s got a nibble.

Just got messaged by a NYT journalist about my previous tweet. This is what happened. pic.twitter.com/Dr5fHBnLCm

Now, we realized it was entirely possible that he was just springing a bigger trap for more of us on social media. So we checked. It turns out there really IS a NY Times journo with a name and a photo matching the one in his message. 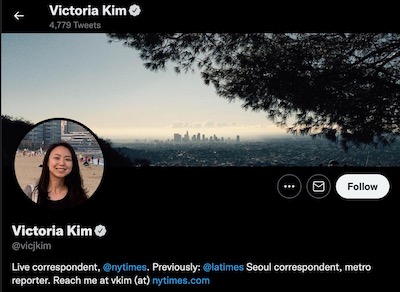 So if this was part of an elaborate bit, he’s really gone all-in on his troll game. But with the way the follow-up conversation went, it seems more likely that it was legit. Here’s a look at that conversation, and you’ll see what we mean.

Let’s see: blue check mark. Photo. Accepted a new message request. No prior interaction. Blocked out phone number. It sure looks like it could be the real deal. If so, what comes next is nothing less than amazing: 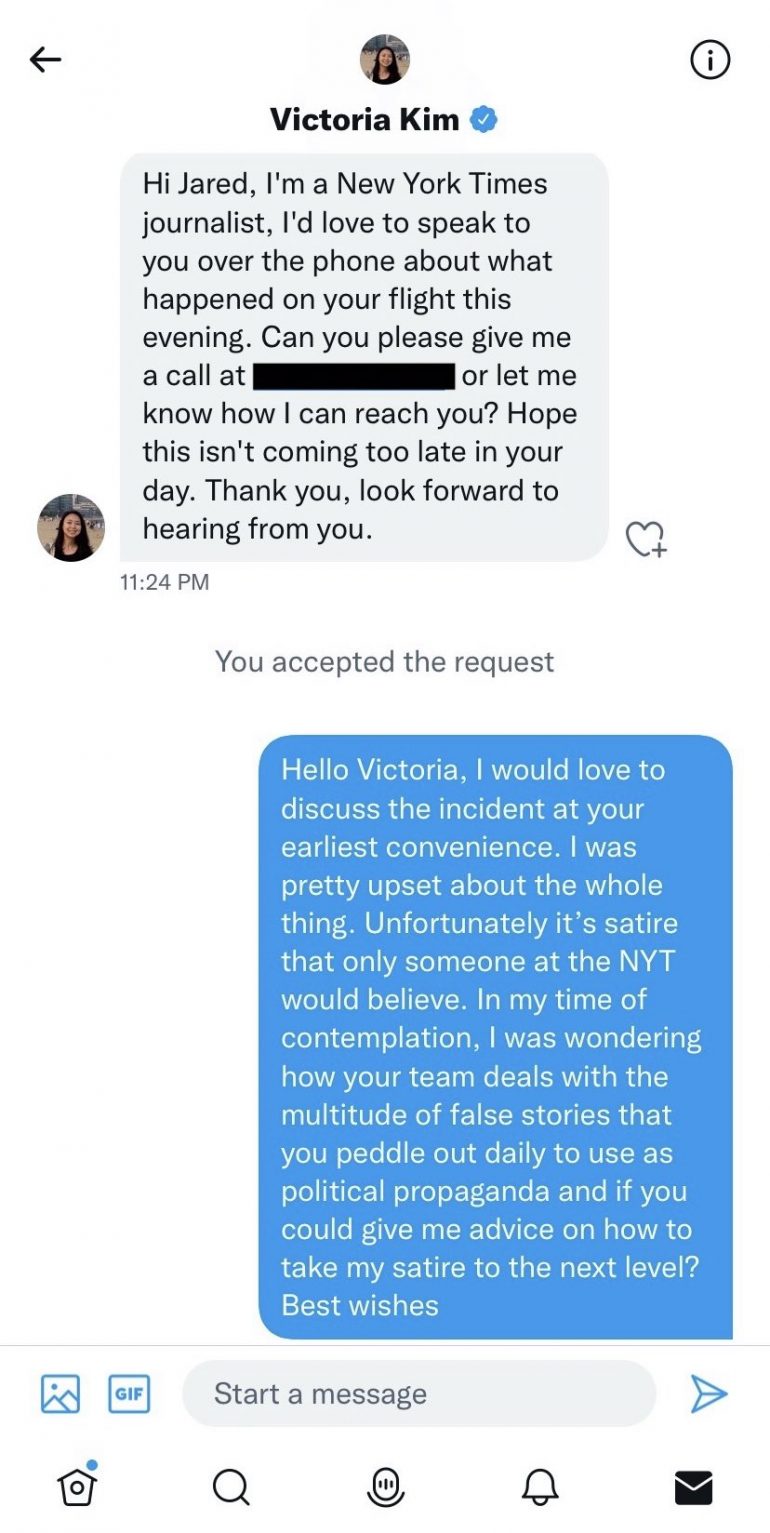 If you can’t read the text on your device, we’ll transcribe it for you.

Hi Jared, I’m a New York Times journalist, I’d love to speak to you over the phone about what happened on your flight this evening. Can you please give me a call at [redacted] or let me know how I can reach you? Hope this isn’t coming too late in your day. Thank-you, look forward to hearing from you. [11:24 pm]

His reply was magnificent:

Hello Victoria, I would love to discuss the incident at your earliest convenience. I was pretty upset about the whole thing. Unfortunately, it’s a satire that only someone at the NYT would believe. In my time of contemplation, I was wondering how your team deals with the multitude of false stories that you peddle out daily to use as political propaganda and if you could give me advice on how to take my satire to the next level?
Best wishes

If you use Twitter, and you enjoy satire go ahead and give this guy a follow. He’s earned it.