Most (if not all) of these tweets would have triggered a permanent suspension, but she’s still tweeting…

It’s about to get wild up in here https://t.co/1MBFZfSFIs

She posted a hilarious bait-the-left Tweet about Musk’s new acquisition.

As @elonmusk will become the first African American to own a large social media platform, clearly anyone who is against this Twitter deal is against diversity and inclusion, and just generally a racist person.

It will always be hilarious to call Elon Musk “African American.” (For those who may not know, he was born in South Africa, moved to Canada, then came to the United States.)

She has been enjoying the freedom to say what’s on her mind now that Elon Musk has purchased Twitter.

It’s unclear if she’s testing the limits or if she’s just saying all the things that couldn’t be said on the platform while the Twitter censors are distracted with their meltdowns over the Musk buyout.

Gonzales continues to tweet out right-wing positions and so far so good — she hasn’t been locked out of her account.

So far she’s tweeted about:

And so much more!

She is still tweeting out her opinions and by the time you read this, she’ll probably have posted even more.

The only systemic racism that exists in this country is against white people.

Black on black crime is a greater problem than white supremacy.

The majority of Asian hate crimes are committed by black people.

There are rapists and murderers at the southern border.

George Floyd was a criminal.

The CDC is a danger to public health.

Here are screenshots of her earlier tweets: 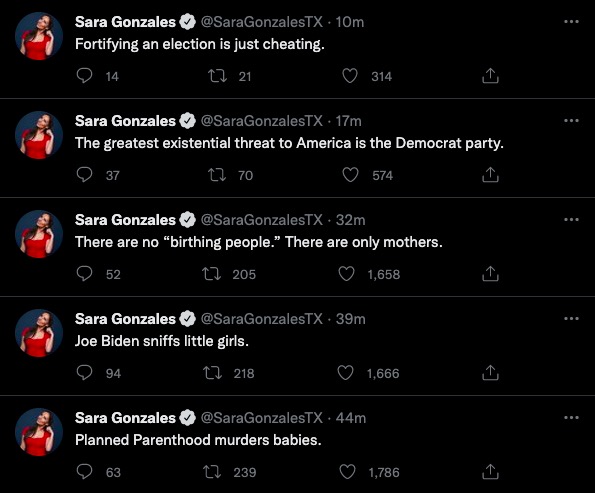 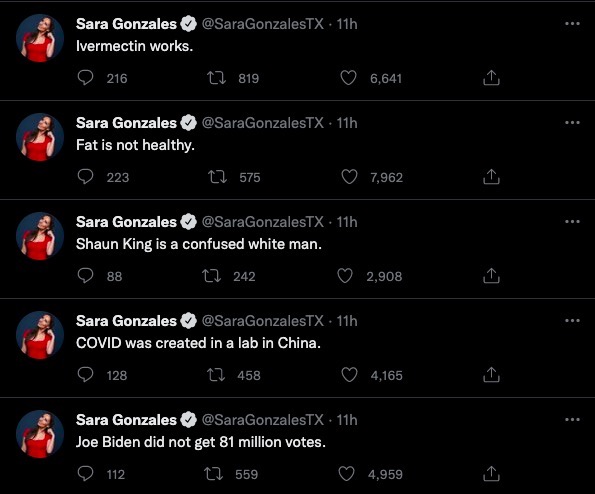 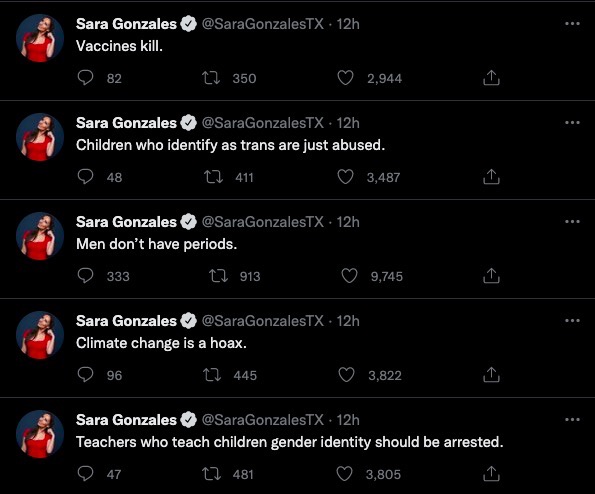 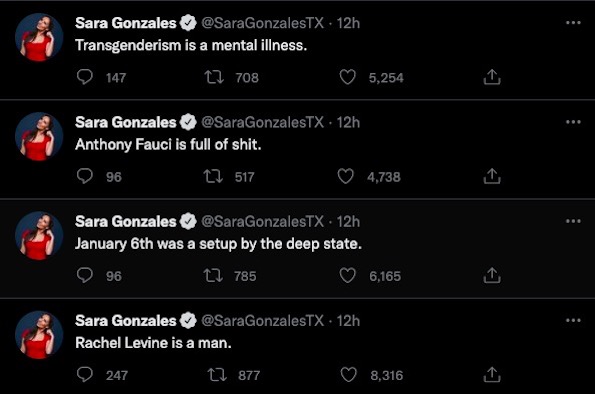 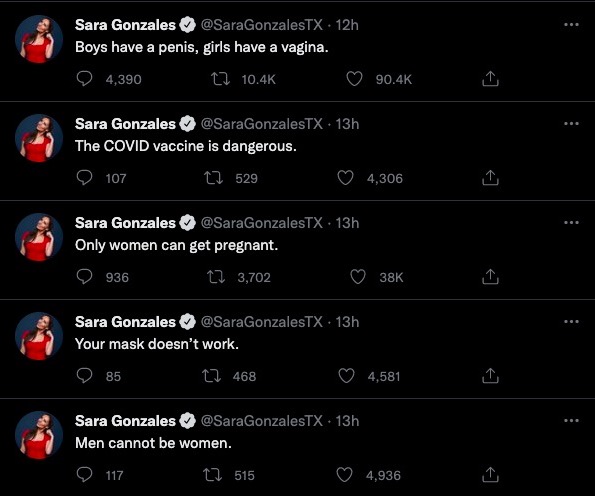 It’s pretty clear that the host of “Unfiltered” is loving being unfiltered on Twitter.

Here she is doing her version of a popular song that she calls “ABCDEFU: An Ode to the Left” (LANGUAGE WARNING)

More right-wing women could learn a lesson or two from a fearless badass culture warrior like Sara Gonzales.