If this chick were spinning any harder, the planet might tilt off its axis.

Despite our inability to resolve rampant homelessness across the country, we are inviting literally millions more people to waltz into our country unannounced and unvetted.

Some present themselves to the Border Patrol for processing. Others, with various reasons they don’t want to be detected by US authorities, use the coordinated distraction of mass migration and criminal cartel drone surveillance to dodge security and slip into the country undetected.

By Dem standards, there is no crisis at the southern border. And now, the same administration that looked us dead in the eye while calling the droning of an innocent family in Afghanistan a ‘righteous strike’ is defending their record of letting terrorists into the country.

WH Press Sec. Jen Psaki was asked why someone on the terrorist watch list would want to get into the U.S. undetected.

“I can’t make an assessment of that,” Psaki responded.

CBP stopped 23 people on the terrorist watch list at the southern border in 2021.

How many got through? pic.twitter.com/qhWS3eDEYy

Those are the ones that were apprehended.

She’s giving us a logical fallacy called the ‘argument from silence’.

We know that waves of humanity have been flooding across our porous broken border since Biden took office, and that ‘got aways’ measure in the hundreds of thousands.

Does Psaki really think that the apprehension of 23 terrorists among that number is something to crow about? We know literally nothing about several hundred thousand others who slipped in past law enforcement.

Dems have a long history of shrugging off jihadi threats, so let’s reframe this issue in a perspective they might actually pretend to care about: Russians.

With Russia now describing their war with Ukraine as a ‘war against NATO’, how many of those ‘got-aways’ might be working for Putin, either as conventional terrorists, or running some kind of cyber op? 26 Illegals From Russia Caught Crossing Biden’s Broken Border … Is That ‘Russian Collusion’?

The Biden administration is even stonewalling oversight by filing incomplete reports, and they have been caught scrubbing their own reports of terrorists they have apprehended.

This administration has absolute and open contempt for ANY semblance of accountability, and it shows in their actions.

We know for sure that plenty of people who were already thrown out of the country because of past criminal behavior have returned. These border provisions are not primarily a political issue, they are a security issue designed to keep law-abiding American citizens safe from lawbreakers who might mean them harm.

But so long as Dems keep living in gated communities or highrises with security at the door, they aren’t worried about security. For them, this is purely a political decision.

For whatever reason, they have decided to put America last. And now, even Democrats have taken notice. 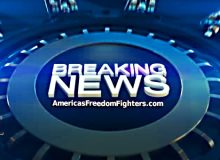