AOC and the Bernie Bros aren’t gonna like this very much.

People who have paid attention to politics for a while have noticed a significant realignment — these days, more people on the left tend to be college educated, non-religious and living in cities while those on the right are more often the salt of the Earth folks who still believe in God and common sense and may not have a degree. That’s rather simplistic, and of course, there are many exceptions, but the trends seem to be moving more and more in that direction.

But that’s not to say that the people with the expensive piece of paper are smarter than the ones who work with their hands or build businesses — as we’re learning, some of those “educated” folks can’t define the word “woman” and go a bit stir crazy if the WIFI goes down for more than half an hour.

This became very clear with the MAGA movement — Trump appealed to people concerned about unfettered illegal immigration, government regulation, the deliberate throttling of the domestic energy industry, censorship, and jobs.

The Left, however, seems preoccupied with gender and sex, climate change, increasing the size and scope of government, and policing language.

A video posted to YouTube noted the classism in America and the rising elitism in leftist circles. Maybe you won’t agree with everything, but it’s fascinating to hear what the younger crowd is thinking about our current moment.

The elites think that they know what’s best for us because they’ve figured out all the answers to all of the questions.

But they’re blind to their own biases and have zero awareness that they live in a leftwing bubble.

The Bidens and the Clintons can peddle influence with foreign governments to enrich themselves with no alphabet agency examining the obvious malfeasance and a sleepy, incurious media simply turns a blind eye to their fellow travelers on Team Blue.

As noted in the video, Pelosi has enriched herself during her decades in office without any investigation. To add insult to injury, she gets to go on a late-night talk show to show off her fancy ice cream collection as Americans are forced into government lockdown and watch as the businesses they have built die. 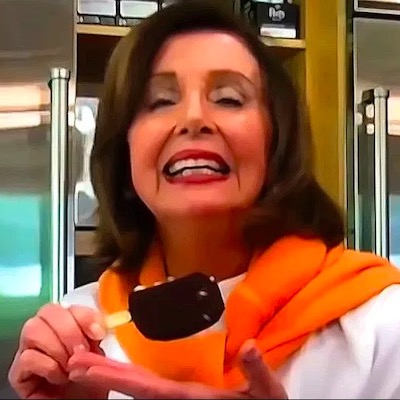 Even AOC, though she rails at her own party for not “doing more” to throw taxpayer money at every issue, even she embraces the out-of-touch elitism that has become standard fare for the Left these days.

She pushed against an Amazon facility that would bring jobs to her district, but made sure that she attended the Met Gala in a million-dollar dress with the billionaire heir to Seagram’s. 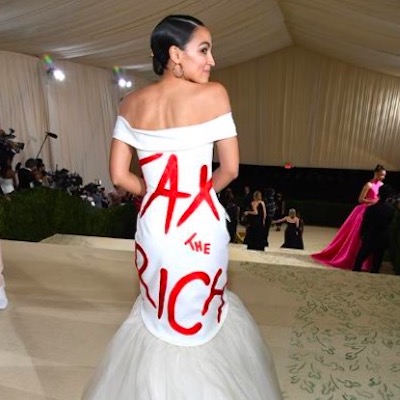 The left is concerned with what are non-issues for the vast majority of the population — things like pronoun usage and if you don’t care about their pet issues, they’ll label you an -ist or -phobe of one sort or another.

If you ask about how the war on domestic fossil fuel production, reliance on foreign oil, and increased “green” spending helps to reduce inflation that is kicking you right in the pocketbook on a daily basis, the same people that refuse to define the word “woman” will say that you’re “anti-science.”

It seems that we’ve entered an era where the Left has embodied that old joke, “We know it doesn’t work in practice, but does it work in theory?”