If trolling is an art form, this guy is a Rembrandt.

Simply mocking Blackface Hitler for being an unserious authoritarian thug is pretty basic. Even members of the European Parliament got in on that. Similarly, pointing out the ways in which Trudeau has trampled the rights of the citizens he was elected to govern is a valid criticism, but it can’t really be called ‘trolling’ since it isn’t funny.

But if you take all of that and you roll it up together in a cheeky Seussian-style children’s book … that’s taking it up a level.

Not so long ago, that’s about as far as you could take that. But we now live in a digital age with deep fakes and AI.

With THAT kind of technology at our fingertips, it’s a whole new ballgame.

Now, you can have a realistic video of Trudeau sitting down and reading to his audience (Canada, presumably) the very same children’s storybook that mocked the worst features of his time as Prime Minister… as though it was a beloved book he’s read from childhood.

That’s exactly what we got here. 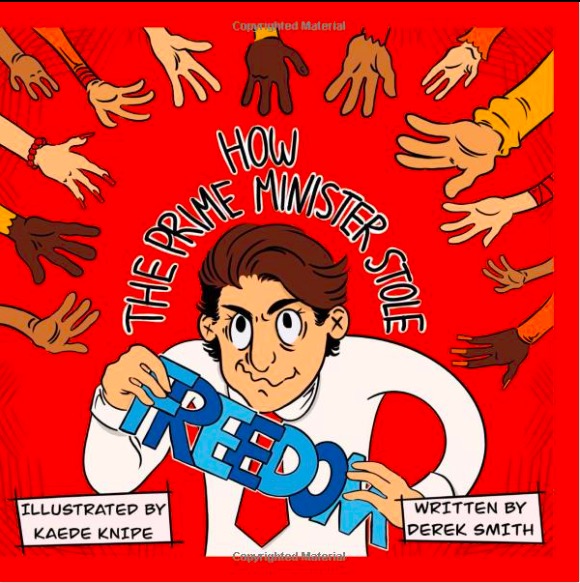 Here is Derek Smith, the book’s author, talking about the deep fake reading of it.

Don’t be too quick to blow this off as an unserious contribution to the political conversation.

This is more sophisticated than it might seem. There’s a good reason CNN started its campaign to throw Alex Jones off the internet immediately AFTER he launched ‘The Great Meme War’ with creators mocking them as Fake News.

As the left’s own hero, Saul Alinsky wrote in his “Rules For Radicals”, ‘humor is essential to a successful tactician, for the most potent weapons known to mankind are satire and ridicule.’

Wouldn’t it be tragic if little Justin’s ego got bruised by this going viral? Or if Americans started running the same game plan with Joe Biden?

Sure wouldn’t want anything like THAT to happen, would we…?