This is the head of state for Canada, a key nation within the Commonwealth, ahead of the funeral of the Queen of England.

The Prime Minister, who constantly lectures Canada and the world about what is and is not appropriate, cut loose on Saturday night after several days of participating in solemn events to commemorate the life of Her Majesty Queen Elizabeth II.

Donning a mauve t-shirt, the Prime Minister can be heard belting out a few lyrics to “Bohemian Rhapsody” as a Canadian pianist accompanied.

The Telegraph writes that the Canadian Prime Minister has been “criticized as ‘disrespectful’ and failing to show ‘decorum’ as footage emerges of his Saturday night fun.”

The piano was being played by Gregory Charles, a pianist who was part of the Canadian delegation to the funeral.

A London bus could be seen outside a window behind Mr Trudeau and it appeared to be dark outside.

It was the five-star Corinthia hotel.

Here’s PM JT having a blast in London.

The Prime Minister’s office confirmed that the video was authentic and the PM’s “performance” was on Saturday night with several members of the Canadian delegation who traveled to the United Kingdom to take part in Her Majesty’s State Funeral.

Statement from PMO on ⁦@JustinTrudeau⁩ singing Queen songs in London on the Saturday night before Her Majesty’s funeral pic.twitter.com/Vv71iH3vyZ 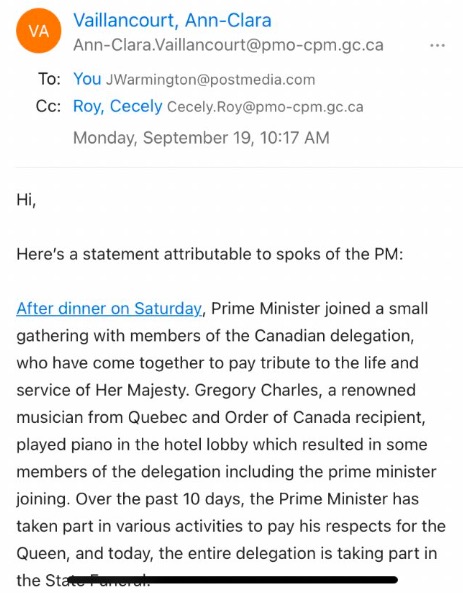 While it’s not expected that the Prime Minister to maintain a somber mood for the entire duration of his trip, it’s also not a great look for him to be participating in a sing-a-long in a hotel lobby less than 48 hours before the funeral of the only Sovereign he has ever known.

According to Canada’s Globe and Mail newspaper Mr Charles, 54, late on Saturday night, sat at the piano in the hotel lobby and entertained other members of the delegation, including Mr Trudeau, and hotel guests.

Mr Charles told the newspaper the proceedings for the late Queen’s state funeral reminded him of Caribbean funerals, mixing sombre moments with others celebrating life.

He said: “Everyone sang with me for two hours. That was the feeling, that was a lot of fun.”
Source: The Telegraph

But we shouldn’t be all that surprised.

From showing off his yoga skills on conference tables to running around Toronto shirtless, it’s pretty clear that he loves the attention. 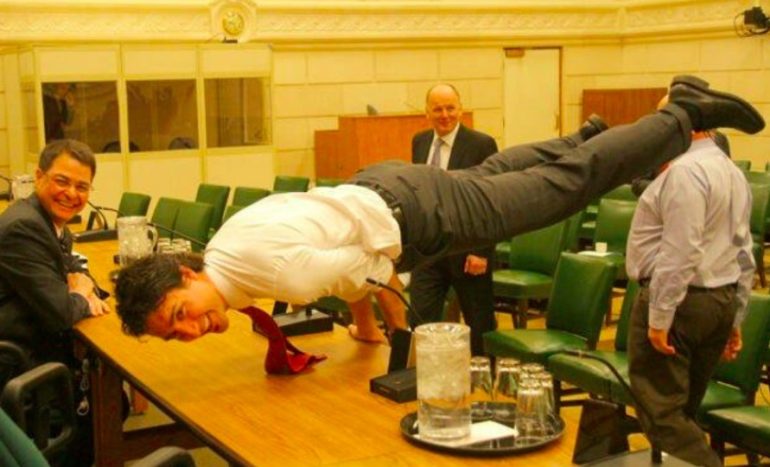 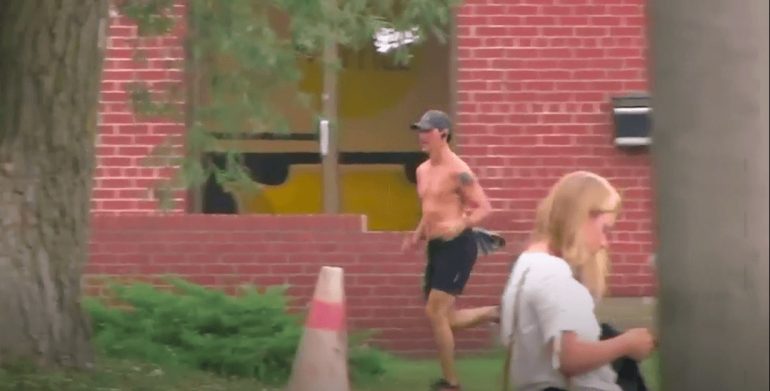 As for decorum, well, he tosses that aside if it means having a good time.

In late October 2021, while Canadians were masking, distancing, and told maybe they shouldn’t be making plans to get together with family for Christmas, Justin Trudeau and his buddy, Dutch Prime Minister Mark Rutte, partied maskless in a bar in the Netherlands.

During the height of the "pandemic," Justin Trudeau and Dutch PM Mark Rutte got drunk and partied together at a bar in Europe. I wonder if they talked about their favourite police tactics for shutting down peaceful protest. pic.twitter.com/f3HRH1M2jB

Canada isn’t a serious country, and its Prime Minister is just making the nation look worse.