Libs thought they were ‘owning’ Loren Boebert. In reality, they were stepping on rakes. A lot of them.

On Saturday, Boebert made a social media statement that any idiot should have recognized as trolling. A cursory read of the following statement would have prompted the obvious question — what’s the catch?

As you can see from the metrics, her tweet got a LOT of attention.

Any ordinary idiot might have recognized it, but liberals produce a superior breed of idiots. They were completely clueless.

Technically, if she wanted to, she could claim that she was really saying a 2-word phrase. But that was not what was happening here.

She was deliberately providing Democrats an opportunity to spew outrage at her for being ‘so stupid’ as to make such a ‘dumb mistake’ as not even being able to count to three.

Dems should have sensed the trap. But they were completely oblivious as they waltzed straight in.

As soon as they called HER stupid for making this ‘mistake’… the jaws of the trap snapped shut.

Here are a couple of for-instances to show what the taunts looked like. 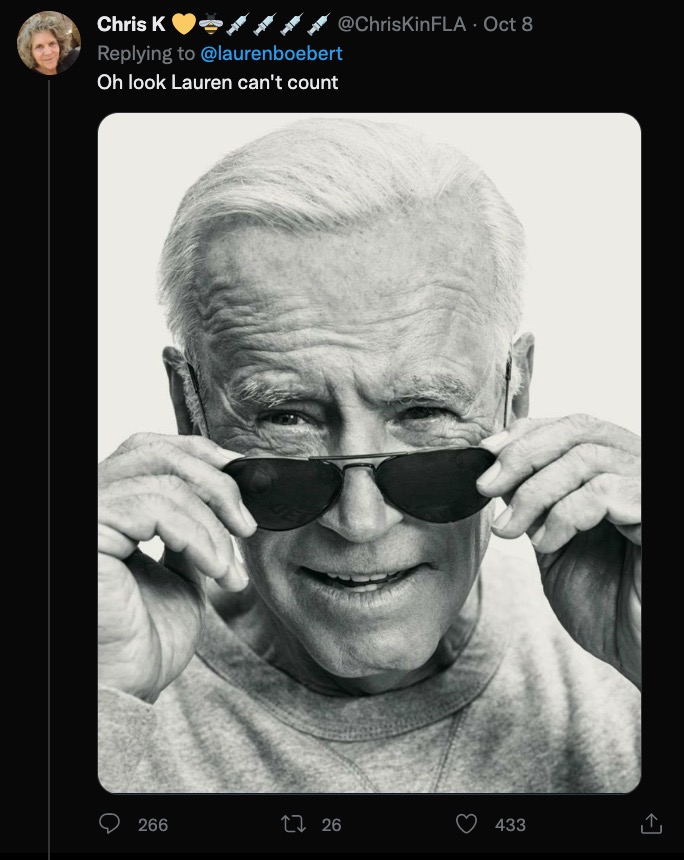 It’s mostly straight-ahead mocking without much cleverness about it.

There were a LOT of them swept up in this ‘sting’.

So many blue checks took the bait, and I’m here for it. 🤣😂 pic.twitter.com/SDbS6UXAtS 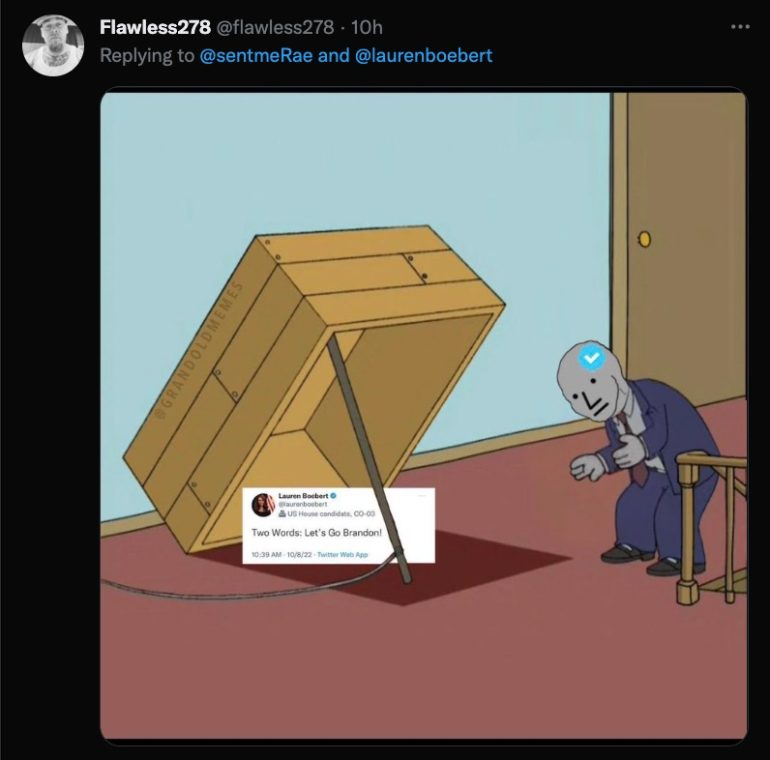 Why was it a trap?

Because her ‘mistake’ was actually a way calling out Dems on their silence over Joe Biden’s chronic stupidity.

The Let’s Go Brandon line should have been a total tip-off. But these clowns have exactly zero self-awareness.

After four years of trying to claim Trump should be disqualified and removed through use of the 25th Amendment for reasons ranging from how he spoke while recovering from Covid to some of the more colorfully outlandish statements he would make critical of his rivals, Dems suddenly seem to have forgotten there ever WAS such a thing as the 25th Amendment.

Boebert was riffing off of what Joe had said in his speech to auto workers in Hagerstown Maryland, the day before.

Joe can stand up in the public and make statements like this one without ANYONE on the left batting an eye.

Biden actually got applause after that gaffe from the trained seals who showed up for his speech.

If Lauren Boebert is an ‘idiot’ for saying that one time, what does this say about Joe Biden who makes precisely this kind of mistake on the regular?

Could it be that Boebert just trolled the whole lot of them into admitting that yes, they really did elect an idiot to run their party?

Here’s a brain teaser for the libs: if Boebert is the ‘dumb one’, what should we call the people that got taken in by her?