Since Dems shamelessly lie to the public, the only way to know what they are really thinking is to catch them talking amongst themselves.

For example, officially, the left was trying to downplay the earth-shaking faceplant Fetterman took on the debate stage this week. They are looking for any way they can to spin it into being some kind of a minor non-story.

But when Schumer thinks he’s having an off the record conversation with Joe Biden, he can be honest about it having flopped. The question he may (or may not) be answering honestly is how badly the numbers were hurt by that debate.

On the other hand, there are some things that Schumer doesn’t want to admit unless there’s some truth to them — like Warnock being in trouble in Georgia.

There’s noise in the background, and we begin mid-conversation so it’s hard to pick out clearly, but it is pretty evident that Schumer sounds concerned about how things are playing out in the Senate races.

You can pick out some of what he says pretty clearly:

‘that seat, we’re in danger in that seat’.

‘It’s hard to believe that they will vote for Hershel Walker.’

Just the News sheds some more light on the conversation:

The exchange took place in Syracuse, N.Y., an upstate city in a region that will likely prove a pivotal battleground in the traditionally deep-blue state’s unusually close gubernatorial contest. Republican Lee Zeldin is seeking to unseat Democratic Gov. Kathy Hochul in a contest that RealClearPolitics currently rates a “toss up.”
Schumer was also heard to tell Biden that “the debate didn’t hurt us too much in Pennsylvania. So that’s good.” He further said Democrats were “picking up steam” in a Nevada race, but it was not clear what contest he was referencing. –JustTheNews

Schumer fears that read wave. But it’s coming. Be ready when it gets here. Grab some merch from our newly-updated store… including the Red Wave line of Clashdaily Exclusives! 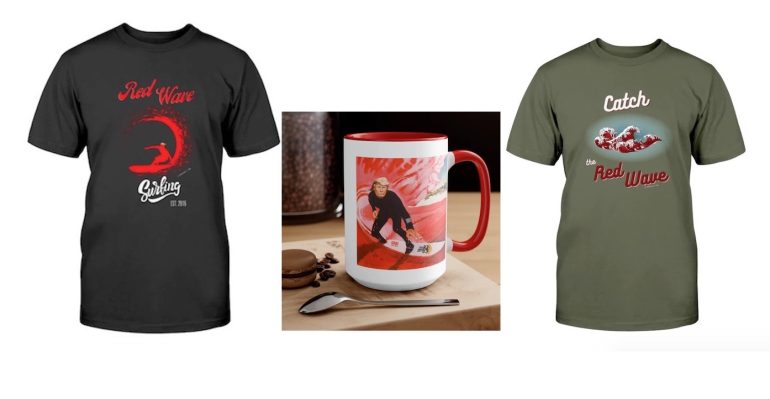