It looks like the Speaker of the House has been hitting the sauce again… either that or she’s completely out of touch with reality. Both are plausible.

If you listen carefully, in her enthusiasm to elevate Joe, she’s not just throwing Trump and other modern Republicans under the bus, she’s torching Bill and Barack, too.

“[President Biden] has done a spectacular job. He’s had a better two years than most presidents that you can name, certainly in the recent generations,” says Pelosi.

Nancy Pelosi, amid historic inflation, an unprecedented border crisis, and surging violent crime: Biden has "had a better two years than most presidents that you can name." pic.twitter.com/2HE6Yla3rG

You can watch Pelosi’s appearance on MSNBC in the following two videos.

The clip is taken from the second video at around the 7-minute mark where she makes a naked appeal for political power: ‘just win baby, just win’.

Of course, it’s not because SHE is desperate to keep that gavel in her bony fingers or to prevent Republicans from looking into Her OWN failures that led to the events of January 6th, like refusing to accept the National Guard troops he offered to help secure the Capitol. It’s because she wants to ‘defend democracy’ so that Biden’s DOJ can keep incarcerating people on the Democrats’ enemies lists.

Friends of Trump, are in the crosshairs, obviously.

But so are concerned parents rejecting the sexualization of their third-graders who have been tagged as ‘domestic terrorists’ or Pro-life protesters who, despite the fact that they’ve had no criminal record face their homes being surrounded by a dozen or two FBI agents with guns drawn.

This is a priority, after all. Because the victory Pro-lifers just won in the Dobbs decision will cost Planned Parenthood a heap of money.

We could write a few thousand more words critiquing Bidens alleged successes. But none of them will be anywhere near as effected as the simple question so many Americans will be asking themselves in November: Am I better off now than I was during the Trump Presidency?

If the fans in Philadelphia are any indication, the answer to that question is a resounding… FJB!

You can add your voice to the chorus and by wearing a message that will let you gloat over the coming Red Wave. Check out our ‘Own the Libs‘ section at the ClashDaily store. 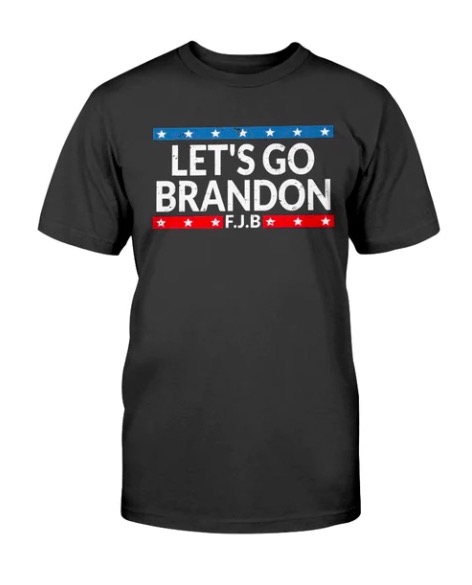