Parents are sick of the “woke” indoctrination in schools — particularly the creeping in of critical theory into classrooms by activist educators who introduce neo-Marxist ideas on race and gender that have been baked into the curriculum.

One parent’s epic rant to her local school board is going viral for all the right reasons.

She called out the Encinitas Union School District for promoting drag shows for elementary school kids.

The “family-friendly” drag show was sponsored by a clinic that offers “gender transition” surgeries and a 21+ gay bar.

The drag show is sponsored by a “gender confirmation” surgical clinic who offer a range of “gender affirming” surgeries. Interesting 🤔 pic.twitter.com/OmQ0z5qEy7

Former Miss California, Carrie Prejean Boller, is one of the concerned parents in the district who said that the approval of the event violated their own policy.

Here is Boller on KSUI’s “Good Morning San Diego” talking about the drag event and the rally protesting it.

How does approval for an event like that even happen?

Would the school allow other adult-oriented venues to host events? What about some other medical clinic with a financial interest in promoting a lifelong subscription service to medicalization?

Boller isn’t the only upset mom in the district.

One mom decided to explain in very clear language why so many parents are finding these “family-friendly” drag events offensive.

We will call it exactly what it is🔥 pic.twitter.com/s4fKgC0NIR

Even the dunderheaded “woke” school board members should be able to understand that, right?

This push for radical gender ideology by school districts is happening at a time when kids are struggling to read and do math after 2 years of lockdowns and “virtual school” that pushed them back years in their education.

Maybe it would be better to focus on the basics of education and leave the morality to parents.

It’s great to see moms (and dads) stand up against the woke indoctrination in schools, but it’s important to know how they’re so effective.

Twitter user Wokal Distance wrote an epic Twitter thread on why this 120 seconds of awesome worked in order for others to replicate this successful model.

1/
This woman's speech at a school board meeting–after a school sent emails advertising a "family friendly" drag show for kids (sponsored by a 21+ gay bar)–is so good I'm going to transcribe it and explain why it's so effective.

Watch the whole thing, and let's go through it
🧵 https://t.co/AVgLAPe43M pic.twitter.com/7cJRy6clAa 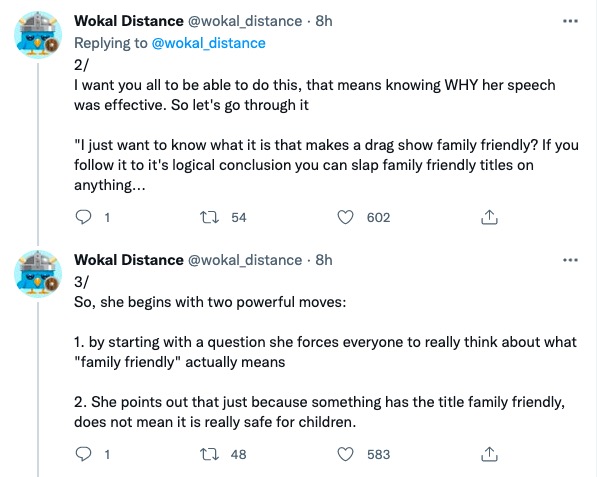 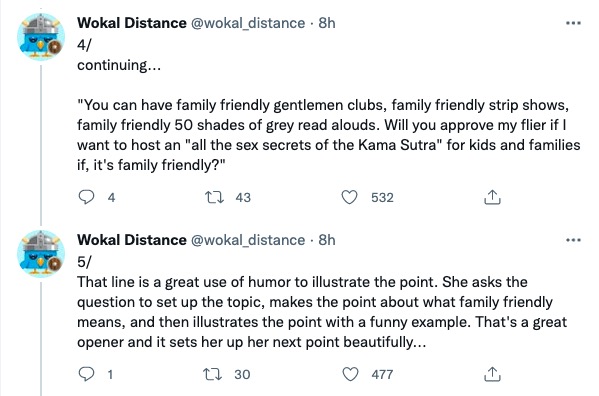 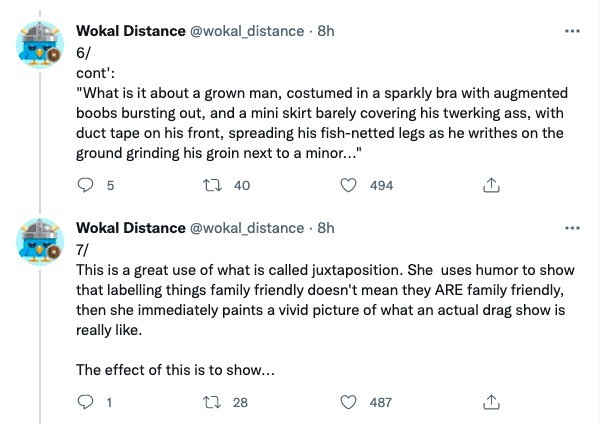 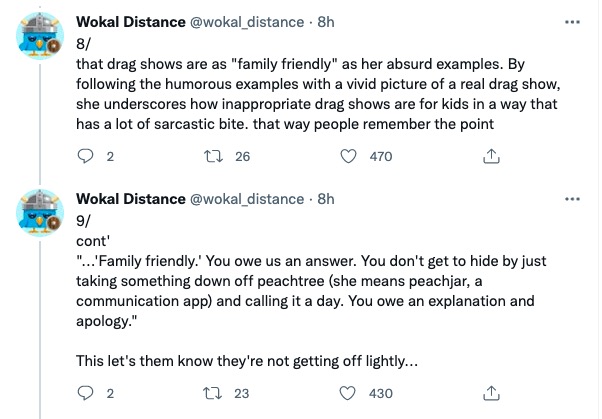 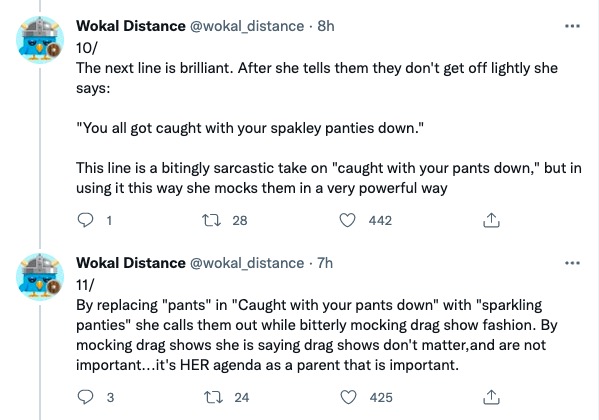 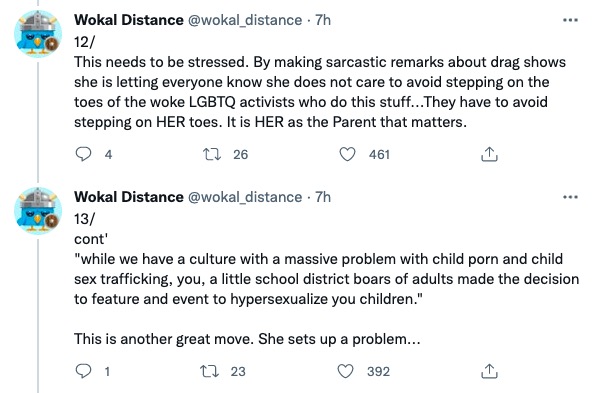 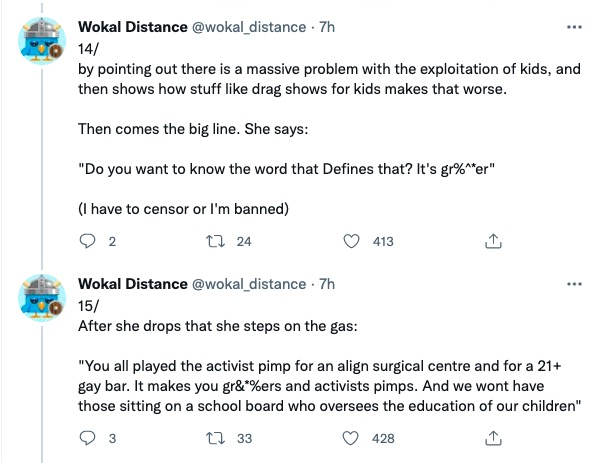 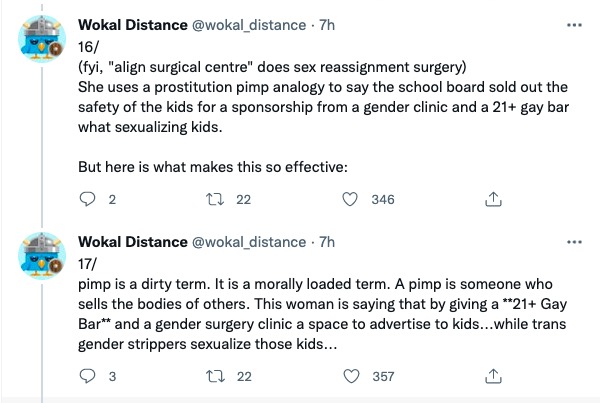 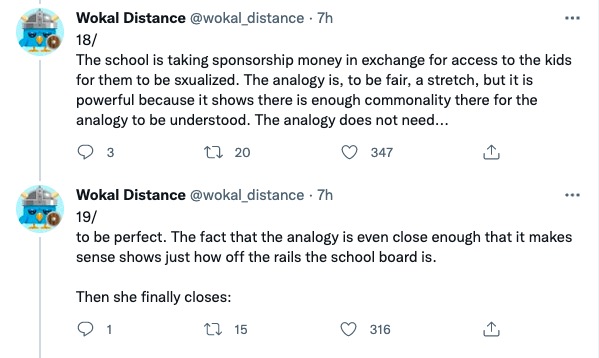 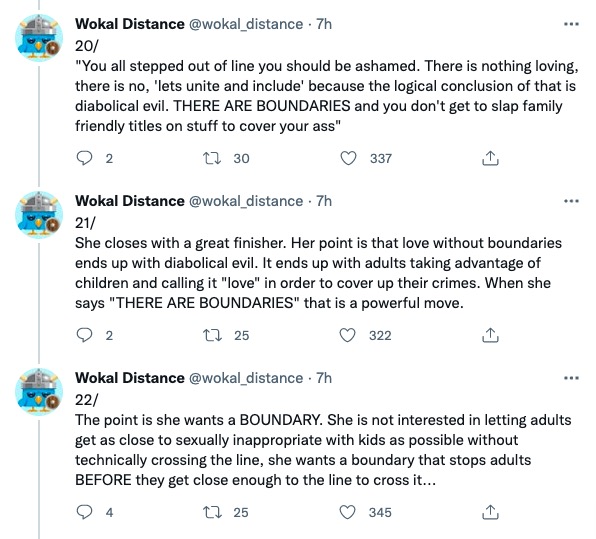 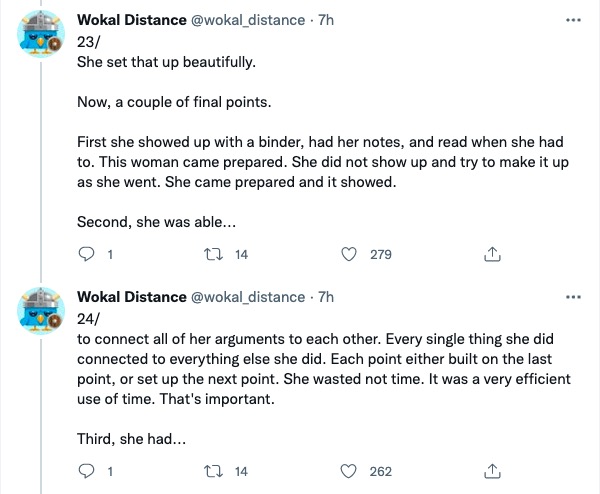 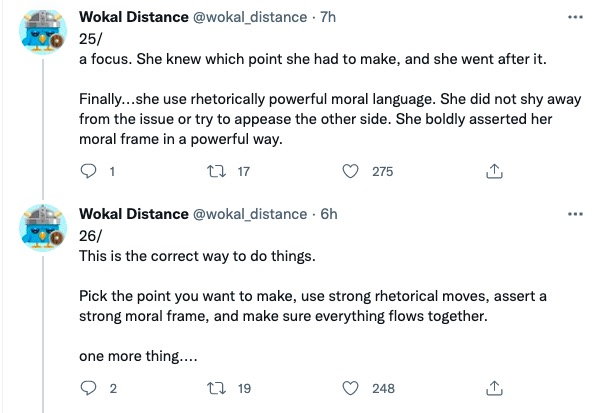 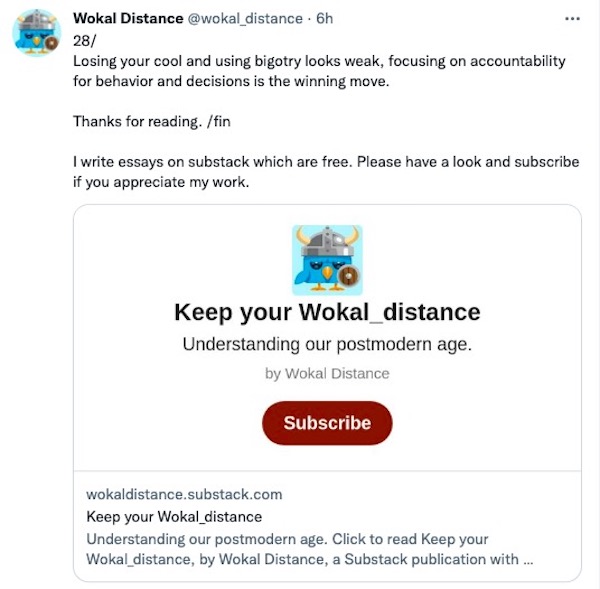 These moms are badasses.

Wokal Distance is right — we need more parents out there just like them.