We’ll leave the decision about what really motivated this firing to our readers. But first, here’s what happened.

Milwaukee’s mayor, Cavalier Johnson, has announced the immediate dismissal of Milwaukee Election Commission Deputy Director Kimberly Zapata because she acquired absentee ballots with someone else’s name on them, and forwarded them to an elected official as evidence of an exploitable flaw in the system.

Even the Mayor who fired her admitted this was not an attempt to break the law.

“I will not accept, I will not tolerate, and I certainly will not defend any misrepresentation by a city official involved in elections. It does not matter that this might have been an effort to expose a vulnerability that state law created. It does not matter that this alleged crime did not take place at work. It does not matter that City of Milwaukee ballots were not part of this. Nor does it matter that there was no attempt to vote illegally or tamper with election results,” according to Mayor Johnson.
The Milwaukee County District Attorney’s Office said it is reviewing election fraud allegations involving Milwaukee Election Commission Deputy Director Kimberly Zapata and that they expect charges to be filed in the coming days.
Milwaukee attorney Mike Maistelman, who has been hired as Zapata’s legal representation, tells TMJ4 News: “We will litigate this in the courtroom, not the media.” –WTMJ

This is the end result of a story that broke several days ago in which an elected Republican, serving as elections committee chair, reported that unsolicited had been sent to her home.

Assembly Elections Committee chairwoman Janel Brandtjen said Monday she contacted law enforcement and former Supreme Court Justice Michael Gableman, who oversaw a partisan review of the 2020 election, after she received three ballots from clerks in Menomonee Falls, where Brandtjen lives, South Milwaukee and Shorewood to three different women with the first name Holly.
“None of these individuals reside, or have resided at her address, and the Representative did not request the ballots. After Rep. Brandtjen made inquiries, she realized these three ‘Hollys’ probably don’t exist. If they did, why would they send ballots to her house?” aides to Brandtjen wrote in a press release on the matter.
“I believe someone was trying to point out how easy it is to get military ballots in Wisconsin,” Brandtjen said in a statement. “Feeling shocked about this situation is an understatement because it demonstrates stolen valor from those who protect this nation. I think it’s sad that people feel they have to break the law to get the attention of the legislature. This is now the second time citizens have tried to point out loopholes in our elections.” — Milwaukee Journal Sentinal

Maybe fewer people wouldn’t feel the need to show such incontrovertible evidence of problems with election integrity were there not obvious cooperation between Democrats and the Media to silence ANY story pointing to vulnerabilities in our election security.

Even the media reporting at the Journal Sentinal slanted the story by adding the phrase ‘oversaw a partisan review of the 2020 election’. As if to prove this point, the WTMJ piece cited above closed with a similar ‘election denier’ swipe against the Republican who first reported this to authorities.

To recap, the Milwaukee Election Commission Deputy Director saw a flaw in our system that could potentially be exploited for election fraud.

She demonstrated incontrovertible proof of that flaw to someone with the power to fix it. (She sent it to the chair of the elections committee.)

Those ballots were reported to authorities.

That Deputy Director got fired.

Is this an example of justified firing ‘with cause’?

Or is this an example of wrongly punishing a whistleblower? 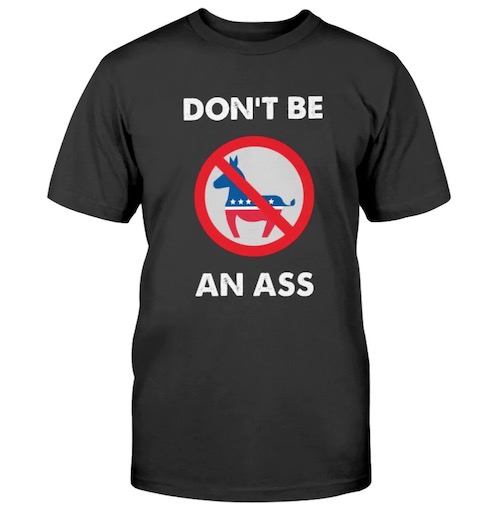