When you see people complaining and pointing fingers, it’s always good to keep in mind who the ones doing the complaining happen to be — that’s exactly what makes Maricopa a different sort of story.

There are different kinds of people objecting to the results in any given election year. And each one is weighed according to their own merits.

First, there are the defeated politicians. Partisans from both parties love pointing to butthurt losers n the other side whining about how the system cheated them out of their rightful win. Of course, we take those complaints with a really big grain of salt. We have to — they’ve got all the biases you’d expect of someone with skin in the game.

Second, there are anecdotes of individual voters. These carry a little more weight, but it’s hard to put much weight on them. Who are these people? Are they trustworthy, or just partisans pushing a narrative? Did events really happen the way they claimed? Was this a one-off experience, or was this part of a larger pattern?

This is why it has become axiomatic that anecdotes are NOT to be understood as being the same thing as evidence. Making the jump from individual experience to useful data requires the same observation to be repeated in various instances across different times and/or places.

Finally, we have the feedback of impartial observers with direct knowledge of important facts across a variety of situations and the ability to identify a genuine systemic problem.

It’s this third class of objection (further bolstered by the other two) that makes Maricopa an interesting case.

After it trained upwards of 50,000 poll watchers, poll workers, and other roles for ongoing citizen engagement in the election process over the year leading up to the 2022 midterms, the Election Integrity Network sent out a survey to its on-the-ground volunteers following Election Day to gauge how things went.
The responses from election workers in key battleground districts and states around the country showed a mostly calm election cycle compared to 2020, with one massive and overwhelming exception. In Maricopa County, Arizona, election workers were appalled and aghast at how things had been run there. –TheFederalist

After the election, EIN did some follow-up. Compared to the relatively smooth electoral process around the country, what they found in Maricopa really stands apart. Seeing as the person running the election so badly was herself campaigning to be Governor — while refusing to recuse herself — the already muddied waters of election transparency become even more complicated.

A screenshot of the key takeaway points in their presser.

And here is a link to the detailed report.

Some of the graphs associated with questions will give a sense of what’s in the report:

We’ll start with a big one. 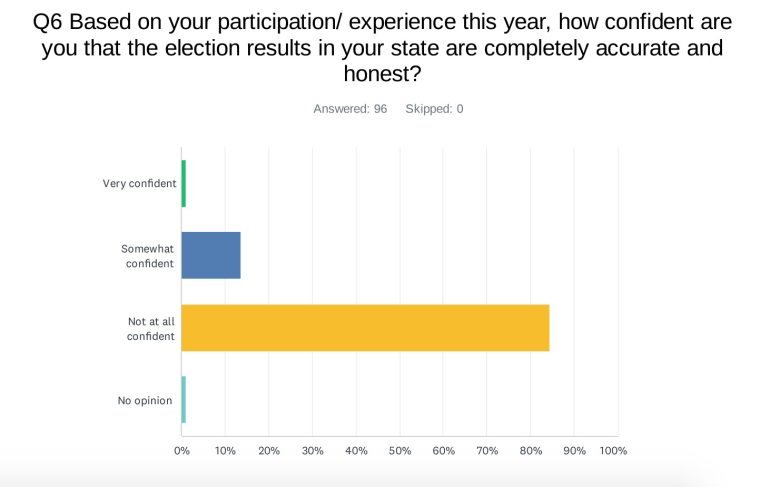 As you read through the list, note how these are not the kind of salacious or ridiculous questions critics of the election integrity push might assume they are. Many of the quesitons they ask are entirely quantifiable, especially the yes/no type questions about testing voting machines, or witnessing continuity between the election machine numbers present in the morning when contrasted to what was witnesseed the previous evening. 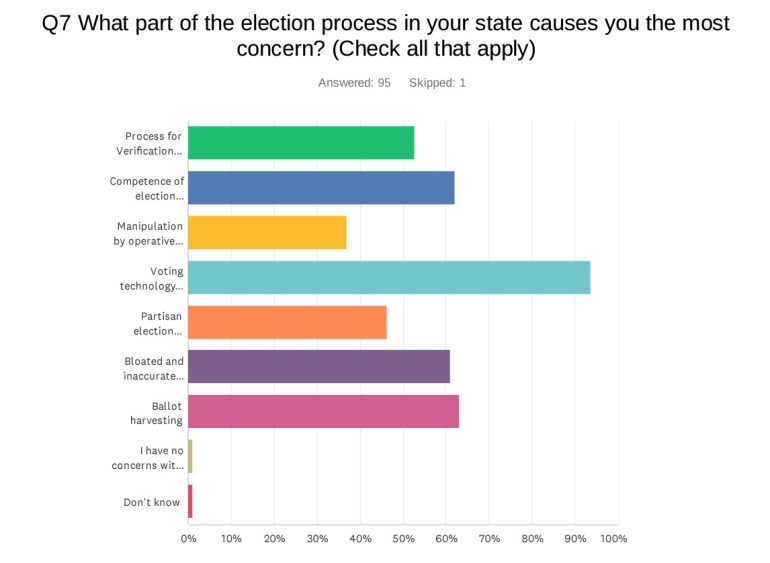 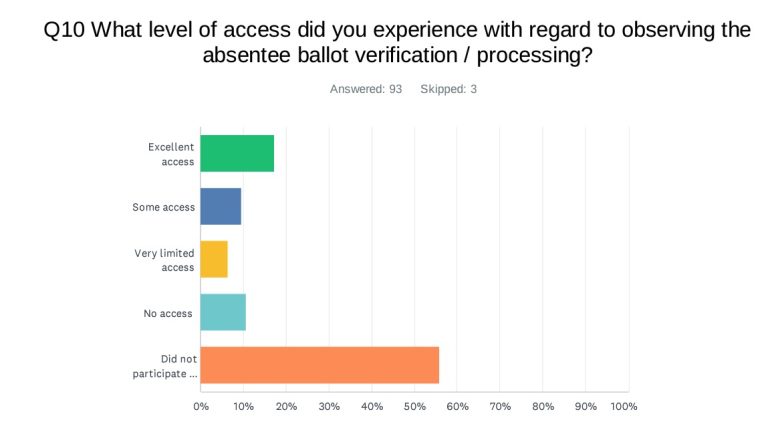 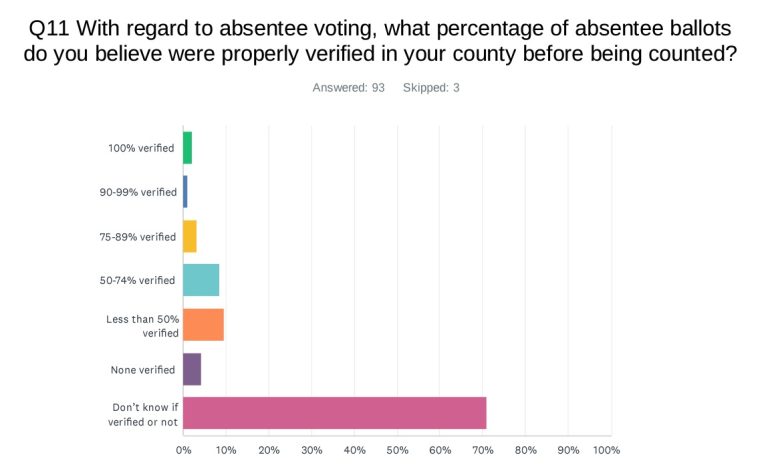 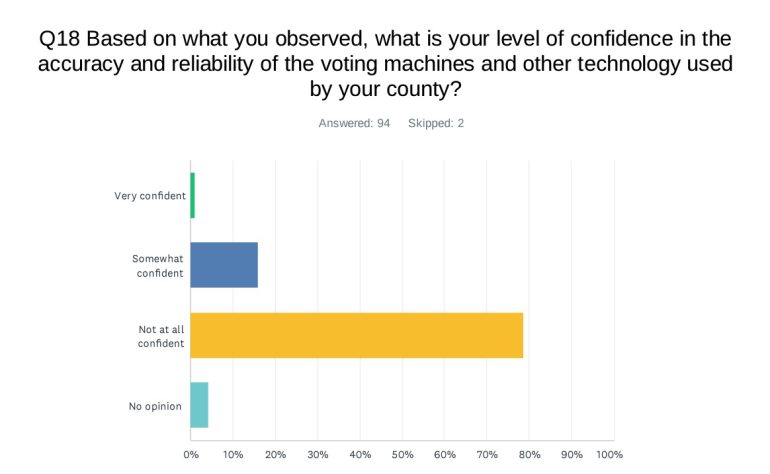 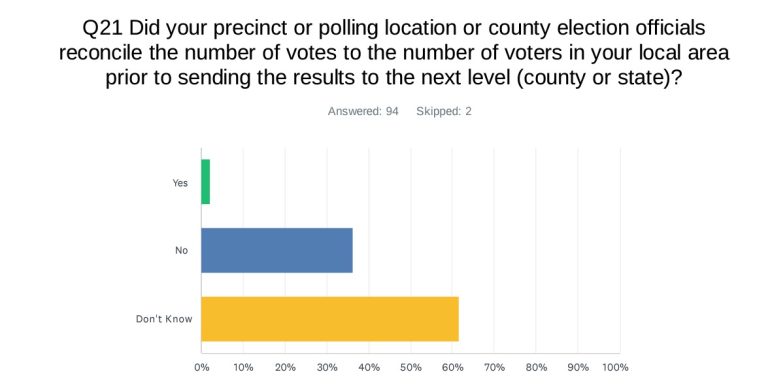 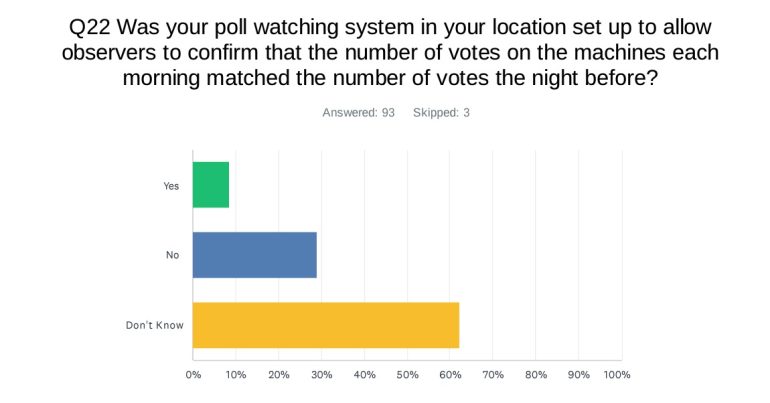 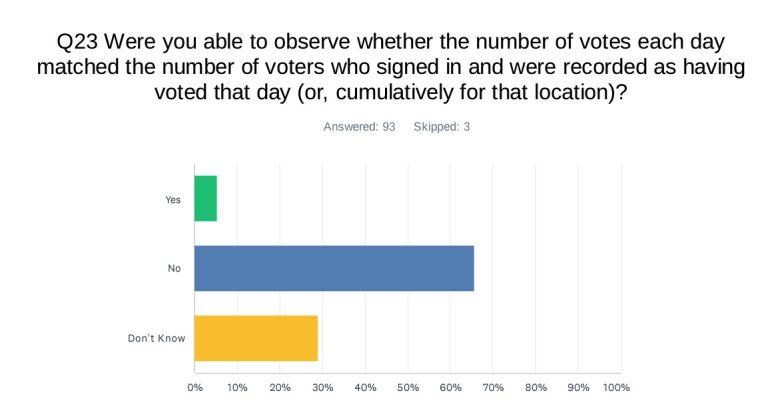 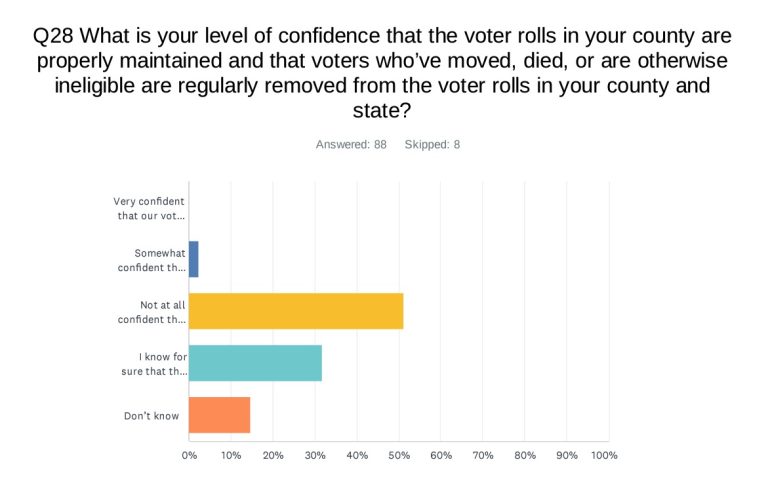 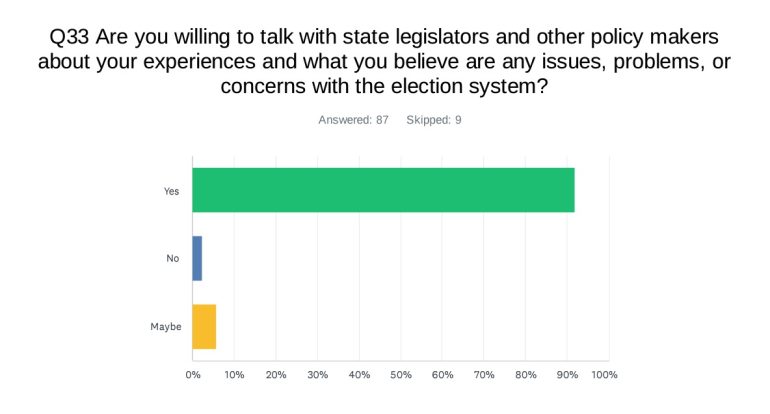 With Kari Lake bringing suit against Maricopa, this sort of feedback could play an important role in determining what the next steps are.

Lake sued Stephen Richer, the county’s recorder, and other officials in Arizona Superior Court. She’s asking the court to compel the officials to promptly produce records on the administration of the midterm elections, which featured widespread issues in the state’s largest county.
“Given instances of misprinted ballots, the commingling of counted and uncounted ballots, and long lines discouraging people from voting, as demonstrated in the attached declarations, these records are necessary for Plaintiff to determine the full extent of the problems identified and their impacts on electors,” the 19-page suit states. — EpochTimes