It isn’t as if the looming rail strike took anyone by surprise. We’ve been talking about it for months. But the media has been giving Biden a pass because he told us the problem had been ‘solved’.

Whether or not the problem had truly been ‘solved’ might depend on whether you think the real problem was the looming strike itself, or the shadow it would cast on the midterm elections.

If his concern was getting through the midterms without voters freaking out about an economy bottoming out because of a strike? Mission accomplished. He’s managed to kick the can down the road until the elected Democrats managed to duck any consequences the rail strike would have had on the economy and therefore their midterm election results.

Isn’t that interesting? Biden’s use of the Strategic Oil Reserve to keep gas prices artificially low just happened to end right after the midterm elections, too. What a fascinating coincidence.

ClashDaily ran a couple of stories about the rail strike, which could bring broad sectors of our economy to a crashing halt and cost us untold billions in lost revenue.

First, there was the stopgap measure he gave us in July which imposed a mandatory cooling-off period that was supposed to pave the way for a negotiated settlement: With Rail Strike Imminent, Biden Buys Some Time With An Executive Order

Joe (and his media flunkies) were hailing Biden for his wisdom and skill in bringing the rail dispute to a conclusion in September by hammering out a tentative deal. This deal was kicked back to the unions to be considered for a vote. Rail workers did not receive the deal with the same enthusiasm as the media did. NO DEAL: Railroad Union Sets Dems Up For One VERY Ugly ‘October Surprise’

Dems dodged a bullet by having union deliberations extend past election day. But that doesn’t mean they’re out of the woods yet. Unless someone finds a solution — and fast — the economy is about to take an absolutely brutal hit.

Suddenly, the guy who has taken his pen-and-a-phone trick to extremes even Obama had the decency not to attempt remembers that he’s not a king ruling by fiat. Suddenly, there are other people in elected office who can share the responsibility (or maybe blame?) associated with this looming crisis.

If Joe Biden had already donned his superhero cape and flown in to solve the rail crisis by offering a perfect solution beloved by all, why would he suddenly need to call for Congress to bail him out and compel union compliance in accepting this deal?

President Biden called on Congress Monday to step in to prevent a potential rail strike that threatens an economic nightmare before Christmas after key unions voted to reject a deal brokered by the White House earlier this year.
“I am calling on Congress to pass legislation immediately to adopt the Tentative Agreement between railroad workers and operators – without any modifications or delay – to avert a potentially crippling national rail shutdown,” the president said in a statement, adding that his administration believes “there is no path to resolve the dispute at the bargaining table.”
The deal Biden wants to force upon 12 unions representing rail workers was tentatively agreed to in September, following a 20-hour negotiating session.
While the bargain averted a strike that would have begun Sept. 16, workers represented by the Sheet Metal, Air, Rail and Transportation Workers-Transportation Division (SMART-TD) have since refused to ratify the agreement, along with three other unions. — NewYorkPost

The unions are learning the hard way that Joe Biden is absolutely the biggest supporter of unions — right up to the moment that any collective action they might take becomes detrimental to his administration or his goals.

The minute a union becomes oppositional to him or his agenda, Biden turns on them and is more than ready to ‘railroad’ them — pun intended.

This might come as a surprise to true-blue believers in the Democrat cause, but for those who understand Dems to have politics of convenience that they will happily discard as a path to power, a move like this one would be entirely predictable.

How do you answer someone like that? Our ClashDaily store has some answers.

The message on this shirt seems especially relevant… 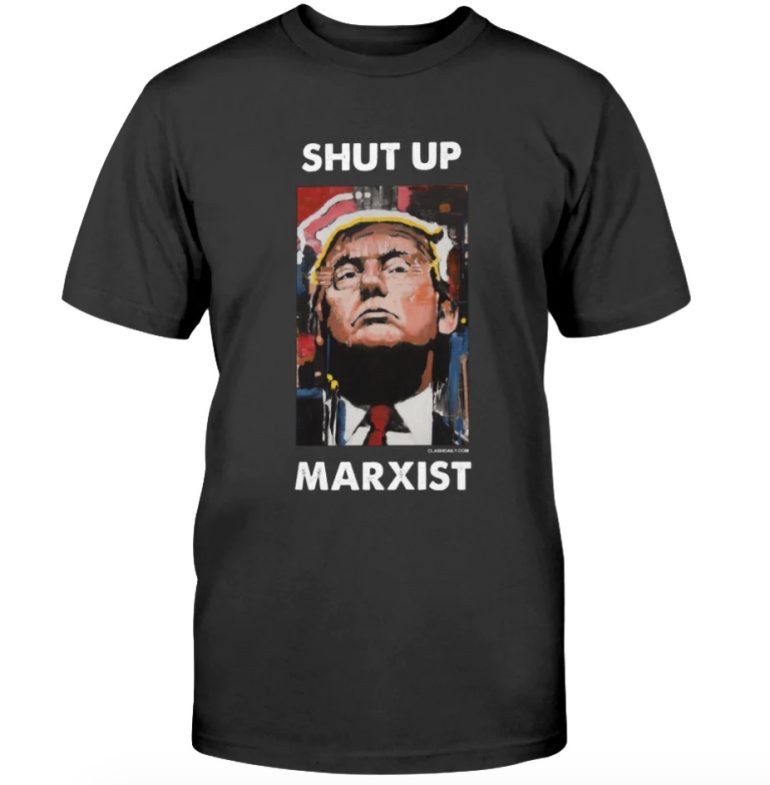