We knew this day was coming. In 2020, Trump saw the Swamp lock shields in an effort to, in Time magazine’s words ‘fortify the election’ against him.

They had levers they could pull back then. The virus from Wuhan had knocked the world on its back, and the American economy staggered with it. Race riots rocked the nation. Biden hid in the basement. Allegations about Trump swirled, — fuelled by his own FBI — and the Intelligence Community openly conspired against Trump by helping save Biden’s bacon.

They spiked a true news story about Hunter’s laptop that would have single-handedly changed the outcome of 2020.

This is what we know about even without opening the contested topic about conditions surrounding election questions themselves. Things like dubious rule changes, mail-in ballots, and Zuckerbucks.

The left has literally thrown everything they’ve had at him, including endless lawsuits, and yet, somehow, Trump is still standing and coming back for more.

Last night, the announcement he’s been teasing for a long time finally came. Trump is now *officially* running for President in 2024.

Anyone concerned this would be another rehash about being shafted in 2020 would notice a distinct change of tone in this speech.

He’s pivoted back to the passion, optimism, and patriotic pride that made his rallies so popular in the first place. What really stands out is his return to the use of ‘we’ statements.

The full speech is about an hour long. But here are a couple of highlights.

He mentioned this last election, briefly, pointed to the bright points in it, and called for support of the one Republican still running, Hershel Walker.

In its overall theme, he spent a lot of time drawing a stark contrast between two ideas.

On one hand, there is the pro-American Greatness vision he and his movement (he emphasized this being a task too big for one person, a task that would require a movement) had delivered to everyday Americans of every walk of life, whatever their ethnicity, with an emphasis on working-class Americans.

On the other hand, there is the Biden administration’s record with hard times of inflation and uncertainty (financial and global) that have left America in a weaker position in many important ways.

He drew a sharp contrast between what he wants for America’s future as opposed to what the other team offers.

This is an aspirational speech where he returns to his 2016 approach of wrapping himself in the ‘We’ of the American people.

Some high points with their corresponding time stamps…

19:24 This is not a task for a politician or a conventional candiate, this is a task for a great movement that embodies the courage, confidence, and the spirit of the American people. This is a movement. This is not for any one invidual, there’s a job for tens of millions of proud people working together from all across the land and from all walks of life young and old, black and white, Hispanic and Asian, many of whom we have brought together for the very first time.

20:57 (after invoking a variety of people ranging from grandmothers to firefighters)… this will not be my campaign, this will be our campaign, all together, because the only Force strong enough to defeat the massive corruption we are up against is you, the American people.  It’s true. The American people, the greatest people on earth. We love them all. We love both sides. We’re going to bring people together. We’re going to unify people. It was happening in the previous administration prior to COVID.

22:06 Republicans Or democrats or liberals or conservatives I say we could all get together and we were doing that that was happening just prior because the success was greater than this country has ever had.

22:47 because it is not about politics it’s about our love for this great country America and we’re not going to let it fail I am running because I believe the world has not yet seen the true glory of what this nation can be.

What separates Trump’s vision and Bidens? In Trump’s words:

29:20 We will fight with every measure of our strength and with every ounce of our energy to lift up the working men and working women of America and to restore the fabric of this nation. The radical left Democrats have embraced an extreme ideology of government domination and control. Our approach is the opposite one based on freedom, values individual responsibility, and just plain common sense.

We can’t transcribe the whole thing. He makes his pitch, covering various policies — foreign and domestic — energy independence and that sort of thing. Picking up again in the final few minutes:

50:36 I will get Biden’s radical left ideology out of our military and I did I did and in the first day they put it back they signed an executive order and they put it back it was gone we will abolish every Biden covet mandate and rehire every patriot who was fired from our military with an apology and full back pay. Thank you. And they deserve an apology.

51:56 The United States must also build a state-of-the-art Next Generation missile defense Shield we need it the power of these missiles and the power of a word that I refuse to say nuclear we have to have it we need a defense shield and we have to do it and we actually have the technology and we’re going to build it just as I rebuilt our military I will get this done.

52:41 The gravest threats to our civilization are not from abroad but from within. None is greater than the weaponization of the justice system, the FBI, and the DOJ. We must conduct a top to bottom overhaul to clean out the festering rot and corruption of Washington, D.C..

We will let his closing argument speak for itself:

We will be resisted by the combined forces of the establishment, the media, the special interests, the globalists, the Marxist radicals, the woke corporations, the weaponized power of the federal government, the Colossal political machines, the tidal wave of dark money, and the most dangerous domestic censorship system ever created by man or woman — the most dangerous system we’ve ever had.

My fellow Americans we will join together and reverse this staggering American Decline. And it is staggering indeed. And we will again restore the spirit of our nation. And then we must build and raise up a legacy that will stand without equal in the entire history of the world.

With your help, we will create communities where our children will grow up safe and strong, and a nation where they will grow up free, prosperous, and well. We will re-establish the principles of hard work and merit, and end the scourge of homelessness that is plaguing our beleaguered democrat-run cities.

We will heal our divisions and bring our people back together through incredible success. We will defend life, liberty, and the pursuit of happiness. We will expand the frontiers of human knowledge and extend the horizons of human achievement. And we will plant our beautiful American flag very soon on the surface of Mars which I got started but we need everyone involved.

We need everyone’s help. We need to look out for one another. We need to be friends, and we need every Patriot on board, because this is not just a campaign. This is a quest to save our country.

If our movement remains united and confident, then we will shatter the forces of tyranny and we will unleash the glories of liberty for ourselves, and for our children, and for generations yet to come.

Check out our ClashStore for all the Trump swag you need to celebrate his return to the ring.

You might be interested in Trump’s 1776 Project: Hardback Coffee Table Book, which (at the time of this writing) is being featured at a discount. 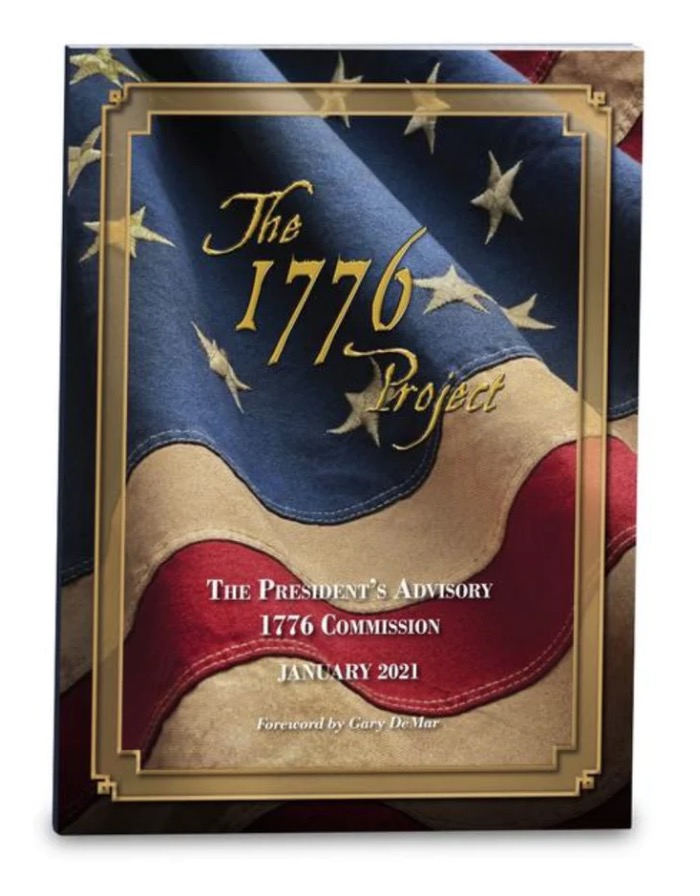 We’ve also got plenty of hats, mugs, shirts, toys, and even original art for your wall to check out while you browse our store. We’re getting new inventory all the time, so check back often!