What’s that? A representative government that actually represents the people who elected you? It’s such a crazy idea that it just might catch on!

We’ve already seen Disney’s not-so-new replacement CEO admitting that going to war with DeSantis in opposition to laws that would prevent the sexualizing of kids young enough to still have most of their baby teeth.

Parents denounced groomers wanting to sexualize young children. Disney backed the groomers against the parents under the guise of a bogus ‘don’t say gay’ narrative. Disney lost. (And we’re STILL mocking them in our store.) 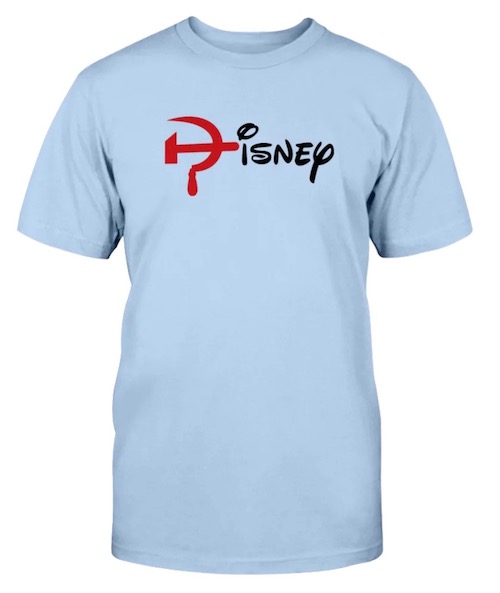 But since radicals never take a day off in their quest to subvert a traditional way of life and ‘fundamentally transform’ it according to their revolutionary vision… the battle to subvert America continued full steam ahead. This is where BlackRock enters the story.

BlackRock is an enormous hedge fund that has figured out a sinister new way to leverage ‘other people’s money’.

It’s bond-villain-ish in its elegant malevolence, really. Here’s a story we ran about BlackRock doing exactly that, back in March. BlackRock CEO Speaks Openly About Corporations ‘Forcing Behaviors’ Of Ordinary People

Clearly, DeSantis caught wind of BlackRock’s agenda and was having none of it.

Florida’s Chief Financial Officer said on Thursday his department would pull $2 billion worth of its assets managed by BlackRock Inc (BLK.N), the biggest such divestment by a state opposed to the asset manager’s environmental, social and corporate governance (ESG) policies.
…Republicans are set to assume control of the U.S. House of Representatives in January. This will allow them to hold hearings on ESG and grill the chief executives of BlackRock and other major assets managers about their ESG policies, and also pressure regulators to scrutinize them.
In a statement, Florida CFO Jimmy Patronis said the state’s Treasury, which he oversees, would remove BlackRock as manager of about $600 million of short-term investments and have its custodian freeze $1.43 billion of long-term securities now with BlackRock, with an eye on reallocating the money to other money managers by the start of 2023. — Reuters

If there was any doubt as to whether Florida was still a purple state or if it was now solidly Freedom-cheering, Flag-waving, Patriotic Red — wonder no longer.

That might explain the growing buzz about DeSantis as a bright spot as a future star of the Republican party — depending on who you ask — either in the coming Presidential cycle or the next one.

It might also explain the uptick of interest in our Florida and DeSantis themed merch at the ClashDaily store. ‘Citadel of Freedom’, ‘Where Woke Goes To Die’, ‘Make America Florida’ & ‘Florida Strong’.

And while you’re there — don’t forget to check out our Christmas Collection. We’ve even designed our own *special* wrapping paper with the ClashDaily attitude you’ve come to know and love!

Why do we do the shameless plugs for our merch? Simple — because our merch helps us pay the bills and keep the website online and free to whoever wants to read it in the most classically American way possible — the free exchange of money for benefit.

You get a great T-shirt, hoodie, mug, or art piece for your wall while we get to keep holding the line against the hordes of activists who have never built anything of value in their life but are certain they can tear America down and build something better it its place.

Unlike many other right-of-center websites that survived the Tech Tyrants’ purge, you may have noticed that we don’t hide any of our content behind a paywall. And that’s exactly the way we like it.