The ‘done deal’ all started to unravel when Mike Lee suggested one little amendment to the omnibus bill.

Whether Title 42 remains in place or disappears entirely is teetering on the knife’s edge of a SCOTUS hearing on the matter.

Biden’s own administration has asked that it continue for a few days so that the expected flood of humanity doesn’t descend on unprepared border cities during the Christmas holidays. But Biden DOES want it to lapse on the far side of the holidays.

So does Chuck Schumer. He has openly cheered the idea of asylum and citizenship for all of these millions of new additions to America… whoever they might be and whatever their real motives for being here might be. Palmieri’s 2018 memo directly connected open borders to Democrat plans for election dominance… and their bare-knuckle policy priorities have represented a commitment to political power, consequences be damned.

That would explain the Dem reaction to Senator Lee’s amendment.

Democrats may be more committed to unlimited amnesty than they are to this written-in-secret and intentionally-rushed-through-at-the-11th-hour ‘bipartisan’ budget.

Late Wednesday, Senate Republicans accused Democrats of refusing to allow a vote on Lee’s amendment and allowing it to be attached with a simple-majority vote. Lee said he thinks Democrats are worried it would pass under those conditions.
“Title 42 authority is the only thing standing between us and absolute pandemonium on the border,” Lee told Fox News. “The Democrats won’t let us do it. Why? Because they’re afraid it might pass.” –FoxNews

Here’s the kind of chaos he’s talking about:

Cartels overwhelming border patrol officals on the Yuma side after smuggling in several groups from migrants mostly from South America as migrants are anticipating the ending of Title 42. This is the current scene as we approached 3 am on the Yuma border @DailyCaller pic.twitter.com/zGkUpBzTXG 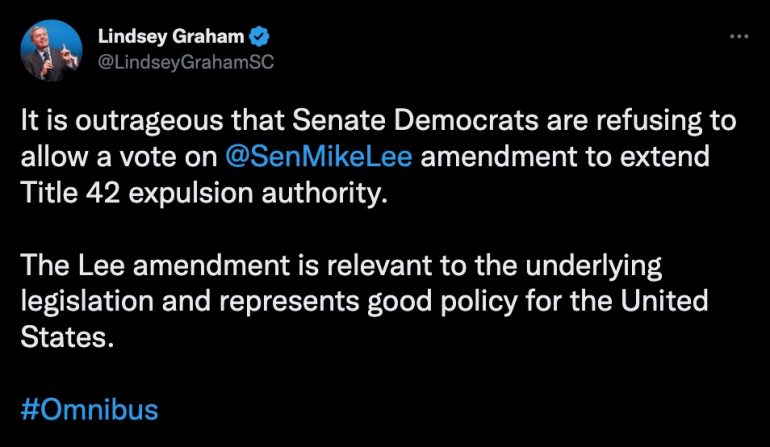 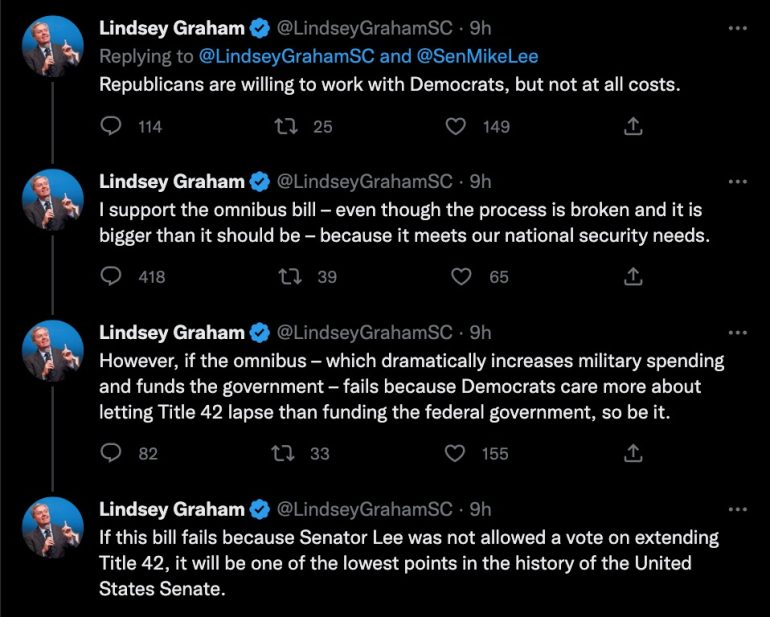 Mike Lee has been making his case to the public on social media. There are more tweets than we can fit here, but here is a sampling: 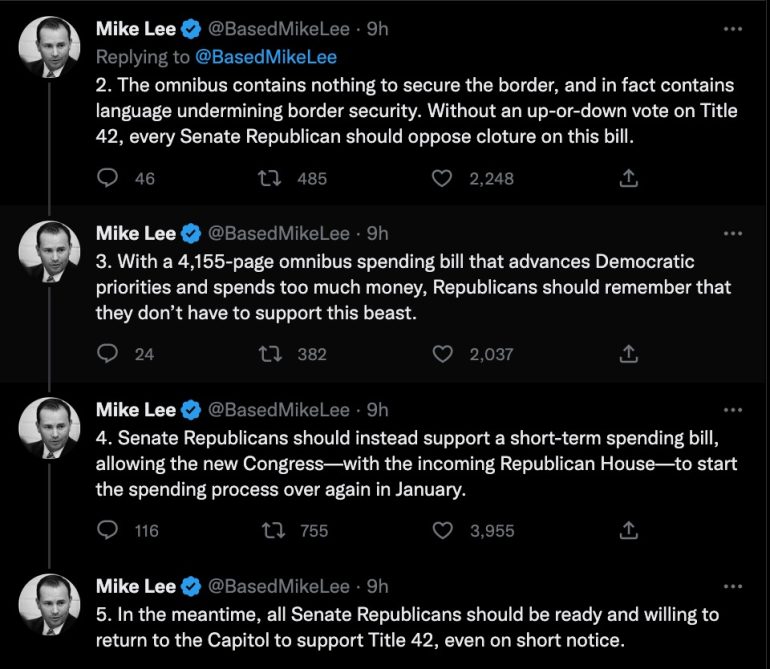 There’s even some interesting content in there for people who claim to be pro-2a. Money for red flag laws, gun registries and something about a pistol ban? Don’t ask us, we’re not the ones trying to ram it though.

Maybe Lindsey ‘I sure hope you never get power’ Graham can explain why it’s actually ‘super-awesome’… and how much of it he’s actually read.

An ABC reporter gave the following update on the proceedings: 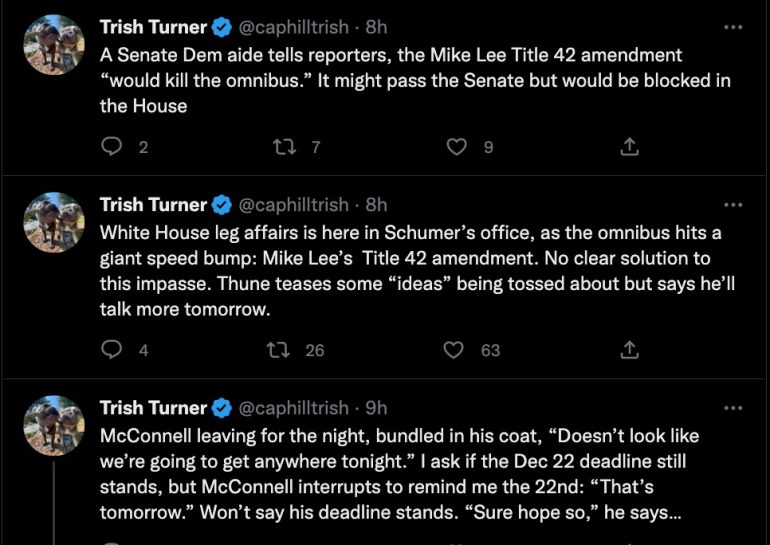 The OTHER option is the one we’ve talked about all along.

A bridge budget to February or March, and negotiations that actually include the people elected to hold the power of the purse in the coming year. Just like Nancy got back when the gavel moved over to her.