The subversive left has a dirty little tactic they love to use to undermine traditional values. This is one example of its operation.

There is a quote, generally attributed to the Russian Revolutionary Lenin in which he boasts, ‘The Capitalists will sell us the rope with which we will hang them.’

Leftists in the ‘long march through the institutions’ have been doing the same thing… first by gaining tolerance for an unthinkable idea, then acceptance, then dominance, and then intolerance for the traditional idea it has replaced.

We’ve seen it with the marriage question rapidly devolving to ‘bake the cake’, or the drag queen story hour, or how MLK’s wonderful dream has been hijacked and has since devolved into a generalized rage by racial activists against the evils of white people.

Secularists have long hated the fact that Christianity holds to eternal and transcendant truth claims that are openly hostile to their humanistic worldview. This is where a humanistic pseudo-religion enters the conversation under the Ageis of religious freedom claims.

Virginia is the third state in which a new after school club sponsored by the Satanic Temple is being offered.

US: After-school ‘Satan club' meeting was held in Wilmington. pic.twitter.com/ElXh0ov63Y

Parents, understandably, were upset. And a school meeting was held to discuss whether this status should be granted. The decision was deferred until future notice.

Lucian Graves, representative of the Satanic Temple, went onto Jesse Watters’ show to defend it on religious freedoms grounds.

The city of Chesapeake, Virginia has become the focus of national attention after The Satanic Temple, described as a non-theistic religious group, attempted to establish an After School Satan Club (ASSC) for kids at the local B.M. Williams Primary School.
Lucian Greaves, who co-founded the group in 2012, told Fox News Thursday that the club is being proposed as an alternative to other religious after-school groups, adding that his intention is to promote free speech and religious liberty among children.
“Obviously we don’t view Satan as evil, and it really doesn’t matter to us what your mythology is surrounding Satan,” Greaves said on “Jesse Watters Primetime.” “You need to ask yourself if your distaste over us identifying as Satanists is strong enough that you would abandon the principles of free speech and religious liberty.”
… “The Satanic Temple is a non-theistic religion that views Satan as a literary figure who represents a metaphorical construct of rejecting tyranny and championing the human mind and spirit,” a flyer on The Satanic Temple’s Facebook page reads. “After School Satan Club does not attempt to convert children to any religious ideology. Instead, the Satanic Temple supports children to think for themselves.” — FoxNews

They claim they aren’t religious, but they really are. Even if they deny any theistic belief in God or satan proper, Secular Humanism is a comprehensive worldview that checks all the boxes of a religion… and in being ‘against’ religious belief, they are actually ‘for’ the same semi-religious worldview that has hijacked so many of our institutions already.

One of our favorite go-to quotes on this topic is John Adams: 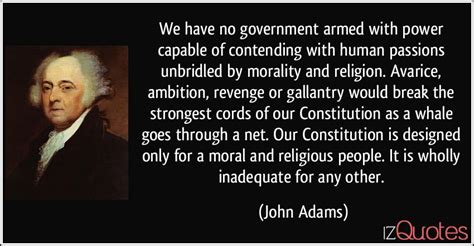 Another way to make that same point:

It’s funny that this member of the Satanic Temple claims to be ‘tolerant’ and ‘inclusive’. Because their authoratitive text has exactly the kind of history you might expect of a devotee of Satan.

An interview with Professor Richard Weikart, who has written on the philosophical ideas in the era of Charles Darwin, as well as the philosophical origins of eugenics in the period during which Hitler rose to prominence, made mention of the origin of the Satanic Bible in a podcast interview. He claimed Anton Levay largely plagarised his ideas of the so-called Satanic Bible from the openly-racist and white supremacist works of anonymous author ‘Ragnar Redbeard’.

While admitting wiki is a weak source, without going into any great detail, here are the opening lines of the Wiki Entry for Ragnar Redbeard and his ‘Might Is Right’ book.

The author sums up his work as follows:
This book is a reasoned negation of the Ten Commandments–the Golden Rule–the Sermon on the Mount–Republican Principles–Christian Principles–and “Principles” in general. It proclaims upon scientific evolutionary grounds, the unlimited absolutism of Might, and asserts that cut-and-dried moral codes are crude and immoral inventions, promotive of vice and vassalage.
In Might Is Right, Redbeard rejects conventional ideas such as advocacy of human and natural rights and argues in addition that only strength or physical might can establish moral right (à la Callicles or Thrasymachus). The book also attacks Christianity and democracy. Friedrich Nietzsche’s theories of master–slave morality and herd mentality served as inspirations for Redbeard’s book which was written contemporaneously.
James J. Martin, the individualist anarchist historian, called it “surely one of the most incendiary works ever to be published anywhere.” This refers to the book’s assertions that weakness should be regarded with hatred and the strong and forceful presence of Social Darwinism. Other parts of the book deal with the topics of race and male–female relations. The book claims that the woman and the family as a whole are the property of the man, and it proclaims that the Anglo-Saxon race is innately superior to all other races. The book also contains anti-Christian and anti-Semitic statements. –Wiki (Emphasis added)

Geez, that’s exactly the kind of book you might expect to find at a Klan meeting… or a Satanist one. But I repeat myself.

If their Book looked to ‘Ragnar’ as an inspiration… these windbags can take a seat when it comes to any pretense of moral authority.