Every time Christmas comes around, all the socialists line up behind some guy who goes looking for ‘gotcha’ verses in scripture to make Christ part of ‘their’ team.

That neglects the very central fact that the keystone at the bedrock of socialism’s foundation is philosophial materialism, which denies — and opposes — any existance of a transcendent God. It also ignores the singular fact that Jesus never actually joins anyone’s team. He calls people to follow Him.

But they like to pretend they care about Christ’s teachings whenever they think they can score propaganda points with them. You’ll often see stunningly superficial memes like this one trotted out to confuse the gullible. 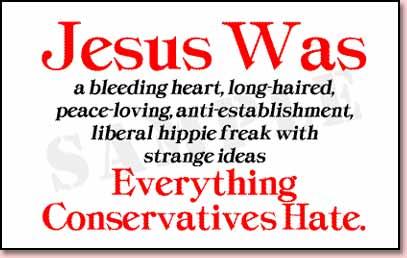 They are easily refuted by anyone with even a passing familiarity with what Jesus ACTUALLY taught us.

We are 22 days into December and the Biden admin still hasn’t released border numbers for November. The Border Patrol union says agents had 209,000 migrant apprehensions in November. That would be highest November ever recorded, right after border just saw highest October ever. https://t.co/9QNczlvYGy

Did Joseph and Mary take Jesus with them in a dramatic escape to Egypt? Yes. They did. They did so in direct obedience to a divine command when Herod condemned so many babies to death that he his murderous rage ranked up there with such notorious child killers as the Aztecs or even … modern-day Planned Parenthood.

The fact that their trip to Egypt was motivated by self-preservation in the face of a murderous king and not just an opportunity to make more money is only one big difference between Christ’s family and today’s alleged ‘refugees’.

There were others. Even leaving aside the divinely-inspired prophesies about the Massacre of the Innocents and God calling his Son out of Egypt, there were other, more practical differences between biblical refugees and modern ones.

First, refugees then would have known better than to flaunt the law of the country they had fled to. Foreigners in those countries often didn’t even have the modest legal protection granted to citizen peasants.

But more important than that, at the time of Jesus’ birth, both Judea and Egypt had already been brought under Roman rule. They were, in essence, fleeing from one region of the Roman empire to another.

As for anyone coming to Israel from a foreign country in Old Testament times? It was both a kindness and an obligation that the same laws that applied to Jewish citizens would also apply to any foreigners living among them.

If only our own legislators felt bound by the same considerations.