It’s stories like THESE that make us distrust federalized ANYTHING, especially law enforcement that can get Hoovered Up (pun intended) into political machinations and abuses of power. It’s even been driving interest in the FBI-themed merch (one of our several themes) at our store that keeps the lights on for our site without making us hide our content behind annoying paywalls.

When Matt Taibbi threw a spotlight on direct involvement in flagging accounts of private citizens — for telling jokes! — he made the claim that Old-guard Twitter was little more than a subsidiary of the FBI. The First-Amendment implications of such a connection should be obvious to anyone except those who actively cheer for that kind of speech suppression.

Even as recently as 2016, when the Jason Bourne film featured a plot hook where the Government used Big Tech software to secretly collect information about users, Hollywood recognized the First Amendment implications of blurring the lines between tech and government.

That was before they were openly cooperating in service of the Democrat agenda.

Now, a surprisingly large number of reactions range from dismissive silence, to justification, to open celebration of the blurring of lines that would have set off every red flag in existence just a few years ago.

In response to criticism over his original reporting, he posted a follow-up.

https://t.co/0PiyFHVTrc would think that would be good news. The agencies seemed to feel otherwise.

The next one is interesting. We’ve highlighted a phrase that should alarm anyone who cares about the Constitutional rights of US citizens. There are explicit limitations on any government agency other than law enforcement using tools to surveil US citizens. Even Law enforcement has certain rules they need to play by. Like warrants. Although, as we have learned with FOIA requests, they don’t exactly play by the rules that are supposed to restrain them.

This was the very issue at the heart of as story were embassy officials working in Ukraine (and would later testify against Trump in impeachment 1.0) were using tools to monitor social media accounts of right-of-center voices, journalists, and even members of Trump’s inner circle. More Details Emerge About Obama Holdover Ukraine Ambassador’s Spying On US Citizens And Journos 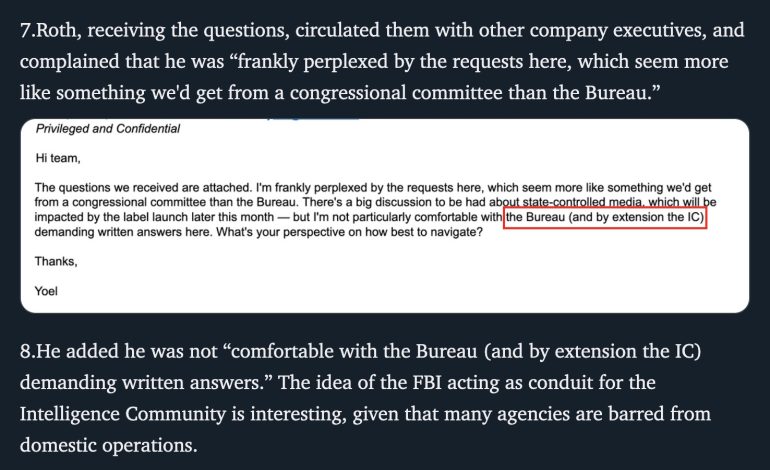 Even a corrupt flunkie like Roth saw the problem there. 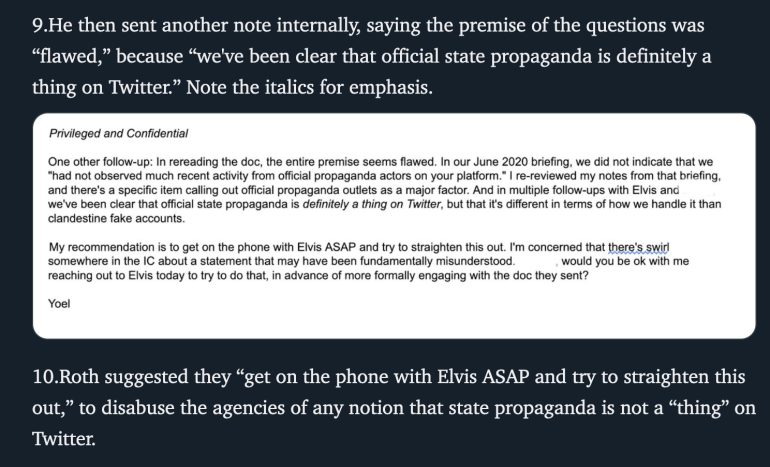 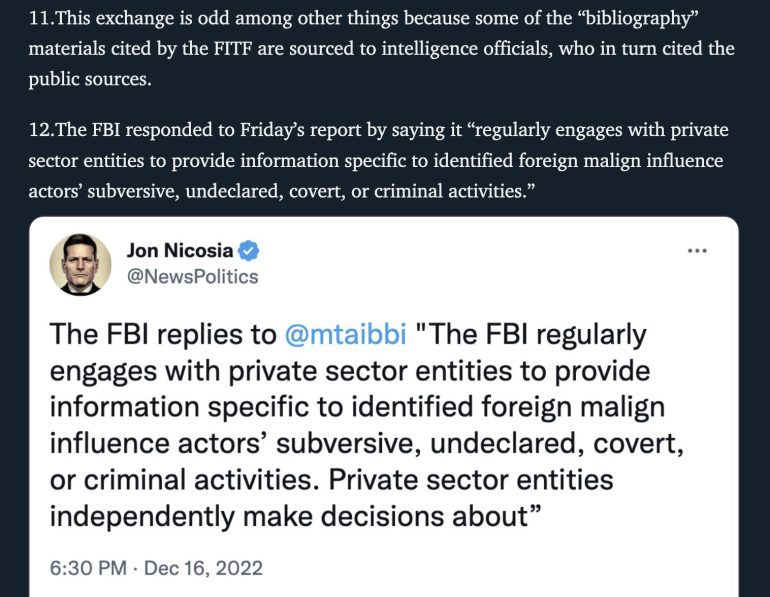 There’s a lot to be said about this latest round of relelations but here’s a point someone brought up that might otherwise be overlooked by the professional pontificators on either side of the political divide.

We already knew about Pelosi being a brass-knuckle political streetfighter who has been, let’s call it ‘unencumbered’ by the rules and traditions that govern others.

Pelosi and Schiff had declared themselves ‘Resistance’ and have been shown to use every dirty trick at their disposal to destroy Trump. Were they using the power of their gavel to illegally ‘work the refs’ to interfere in the 2020 election?

Does any of this trace back to Pelosi and Schiff? Because that could create an interesting case of liability. There could be any number of people with the potential of having legal standing in such a situation — not the least of which is the GOP itself.