You know that joke that’s going around about needing new conspiracy theories because all the old ones have been proven true? You can add another example to the list.

Not long ago, anyone who dared to suggest that the Chinavirus was anything other than an entirely naturally-occurring accident of nature stemming from bat soup at that wet market just a few hundred yards away from a high-security virus lab was dismissed as the worst sort of tin-foil-hat-wearing nutter.

No less a sage than Little Lord Fauci told us that it was naturally occurring, so it must be true.

We’ve learned a lot since then about the things our supposed ‘experts’ told us and sold us.

Most of it was bad.

Besides things we’ve had to rethink about distancing, masks, vaccines, lockdowns, vitamin D, and herd immunity, we’ve learned some things about what they did and didn’t know about the origins.

For example, despite ‘misinformation’ tags that were slapped on anyone even suggesting that the virus could have originated in the lab… the once unspeakable theory is now — you guessed it –the more likely one.

This brings us back to that crazy notion of the reason China might have been playing around with COVID strains. We could never possibly belie–

Wait, what? There’s a House Investigation into the origins? What’s it say?

While stressing the lack of a “smoking gun” and saying they don’t believe its release into the public was intentional, the report claims that it found “indications” suggesting that the disease was tied to bioweapon research at the Wuhan Institute of Virology and “spilled over” to the public after an “incident” at the lab, Fox News Digital reported.
“Contrary to the implication of the [intelligence community’s] declassified report, based on our investigation involving a variety of public and non-public information, we conclude that there are indications that SARS-CoV-2 may have been tied to China’s biological weapons research program,” a summary of the report, obtained by Fox News Digital, stated. “The IC failed to adequately address this information in its classified Updated Assessment. When we attempted to raise the issues with the IC, it failed to respond.”
The report is highly critical of the intelligence community, saying that their own report “revealed serious shortcomings with both the classified and declassified versions of the Intelligence Community’s” report that “likely skewed the public’s understanding of key issues and deepened mistrust.” — NYPost [emhaisis added]

Does that mean the money Fauci has been shoveling out the door to Eco Health Alliance was really funding … bioweapons? No WONDER that Pervaricating Authoritarian Smurf was so skittish about the topic.

That’s just great. How the heck are we supposed to live up to Hillary’s moniker of being a Vast Right-wing Conspiracy when all of these so-called conspiracies keep turning out to be true?

Check out our ClashDaily store that keeps the lights on, so we’re not putting up annoying paywalls. We’ve got rowdy merch like this: 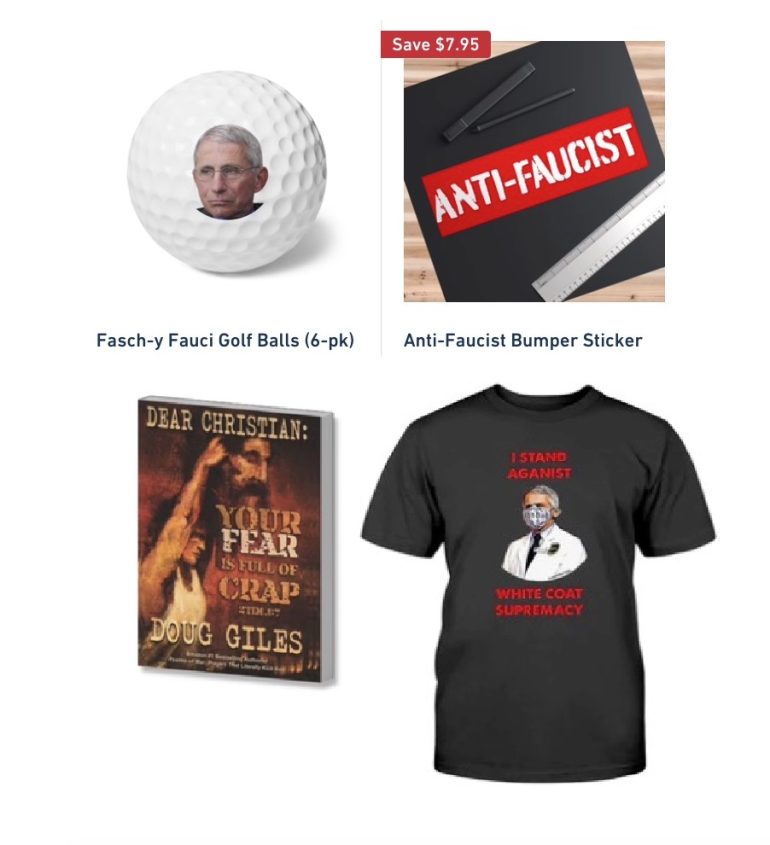