Even while admitting his biases, he couldn’t help but praise Trump.

If you’ve watched him even once on CNN, that’s enough to know that Van Jones

Here he is admitting he would have squeeled like a little schoolgirl if he had gotten one of those AWESOME stories about Trump being dirty.

(Think they’d be as interested about that investigating Obama for misusing US dollars to help Soros prop up leftist groups? Probably not.)

Even Cooper got in on it.

That’s a thing they like to talk about. Maybe you’ve heard them talk about it before.

Nope. They STILL haven’t proven anything about that yet, but why let that stop them?

Just like they haven’t proven their allegations — the ones they confidently affirm — that Trump has been stiffing the US government on taxes.

Except they seem ready to let the TAX story die now. (Of embarrassment probably.)

And STILL no word from Maddow’s crack tax reporters about THESE guys: 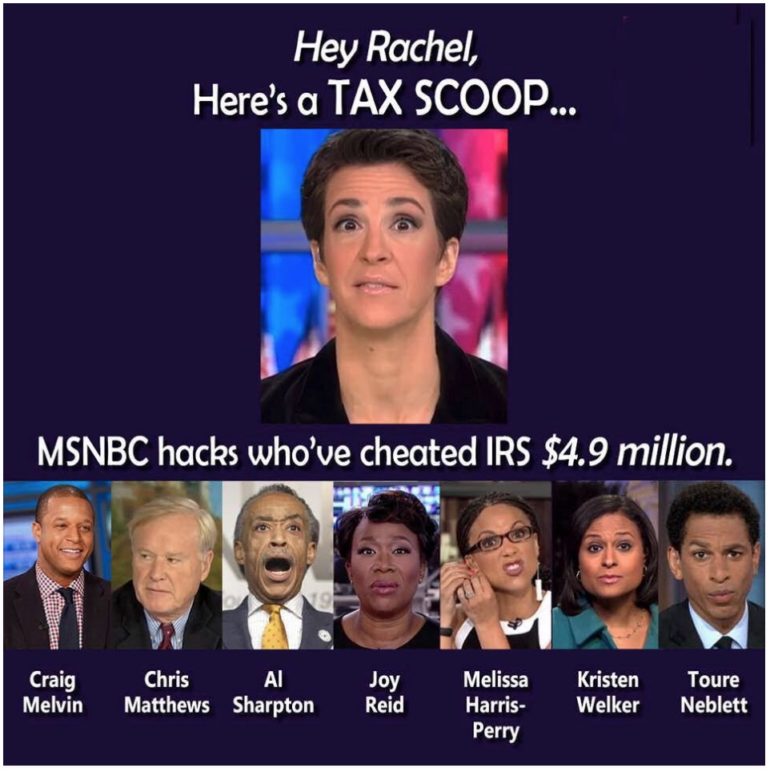 Even so, they had no choice but to acknowledge that Trump came out ahead after Maddow’s melodramatic ‘Capone’s Vault’ moment.

.@VanJones68: If all we get tonight is that Trump paid $38M to America's government, that's a good night for Trump https://t.co/kvYlq8udPf

This actually caught Hannity by surprise.

Omg I agree with Anderson and Van? I need a drink!! https://t.co/jxSiz0m7VM

How badly did the Media (D) fail in their job in kneecapping Trump?

Hillary’s Campaign press secretary is desperately trying to change the channel to something else.

Dems should return focus to Trumpcare tomorrow & the millions it will leave uninsured, not get distracted by two pages from '05 tax return

Even YOUR side knows you failed.

Keep up the good work, Liberals.