Just how stupid do you have to be to spend actual money to ENROLL in one of these courses?

THIS is EXACTLY why people are losing faith in higher education, people!

Students at Indiana’s Butler University will soon learn “strategies for resistance” to oppose President Donald Trump.
Students paying roughly $36,000 in tuition have signed up for a “Special Topics” class titled “Trumpism & U.S. Democracy.” The course, which begins in August and runs until December, explicitly charges the Republican with “perpetuating sexism, white supremacy, xenophobia, nationalism, nativism, and imperialism.”
“This course explores why and how this happened, how Trump’s rhetoric is contrary to the foundation of the U.S. democracy, and what his win means for the future,” reads a description on Butler’s website, first reported Wednesday by The Heartland Institute. “The course will also discuss, and potentially engage in, strategies for resistance.”

The class will be instructed by Professor Ann M. Savage of the university’s Critical Communication and Media Studies department.

This used to be called ‘Propaganda’. Now it’s called ‘education’. 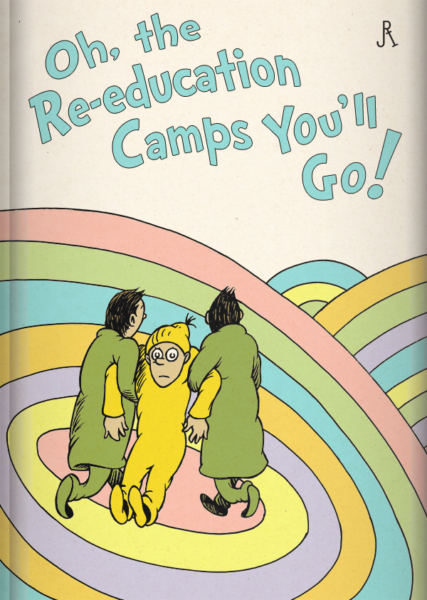 Remember when the goal of University was to prepare a student’s mind to understand great ideas and principles, study them, apply them, and adapt them to OTHER new ideas?

The kind of learning that might give the world another Issac Newton or Nicolai Tesla? Or leaders in mechanical engineering, architecture, Mathematics, Rocket Science, Philosophy, Economics, agriculture, or energy production? The kind that may lead to previously unimagined branches of medicine, robotics, or …?

Nope. None of THAT kind of learning here. It’s something different.

Actually, that’s a scene from Orwell’s 1984. The two-minutes of hate ritual where they train the citizens to demonize the enemy.

What kind of a crazy world do we live in when universities actually TEACH something that looks so similar to something Orwell specifically warned us about.

These are the same universities that will INVOKE the name of George Orwell when it suits them.

What did her students say about her? (From Rate My Professor) (verbatim, with typos intact)

‘Hard work not much substance other than anger’

‘Waste of my time and money’

Her views and his tendency to hate on anyone who doesn’t agree with her rubbed me the wrong way. She’s very intolerant to other peoples viewpoints. She’s terrible at teaching, so bad that I had to drop out (first time I have dropped a class). Her lectures are lazy and she has a bad attitude. Don’t take her.

Even one of her positive reviews began with:

Although she tended to be biased by her extremely strong feministic views,

Here’s a question that someone might want to ask her. If she considers herself a credible teacher on successfully resisting Trump … why was she not able to ‘resist’ him beoming President in the first place? None of the #Resistance seems to be doing anything.

She is actually doing LESS for feminism and strong women than the fourteen-year-old girl who’s been forging knives since she was six, and is now teaching others how to do it.

Are we REALLY doing students a favor by helping them rack up HUGE debt only to go to a school that does so little to prepare the for the workplace?

The school should apologize to their students for insulting their intelligence. And give students who took her course a copy of this to help undo the damage.