The boyfriend is moving out. (Prison tends to do that.)

Does anything get more horrific than this story?

Now she’s bereaved. Because she brought the wrong guy home to live with her.

The live-in boyfriend of Mariah Woods’ mother has been arrested in connection with the missing three-year-old’s death.
In the early hours of Saturday morning, Earl Kimrey, 32, was arrested for concealing a death and obstruction of justice.
Police in Jacksonville, North Carolina, have not found Mariah’s body but they say they now believe she is dead.
The toddler has been missing since 6am on Monday. Kimrey and her mother Kristy Woods told police he was the last to have seen her at around midnight on Sunday.
They said he told her to go back to bed and that when they went to her bedroom the next day, she was gone.
Source: DailyMail

Who was the ‘Mr Right’ she brought home? Here are some interesting facts from his bio:

Kimrey, who said he was the last person to see Mariah alive on Monday night at around midnight, is being held under $1,010,000 bond at the Onslow County Detention Center.
He has a long criminal history which includes charges for larceny, assault, threats to government and being drunk and disorderly.
The charges date back to 2002. They stretch over several counties and two states.
Source: DailyMail

There’s no way she didn’t have a chance to see he was a bad guy before he moved in. 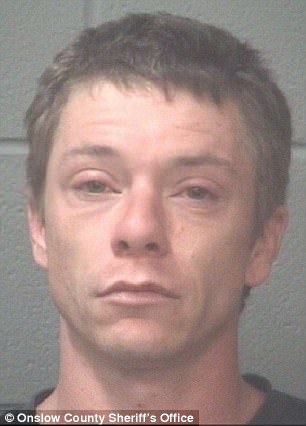