Of course they’ll concoct SOME reason to criticize them… they’re the Trump family after all!

Will they pick apart Melania’s clothing choices? Trump’s salute? Her hand over her heart?

In an olive branch extended not so very long after that very public divide between Trump and the Bush family in 2016, it was the express wish of President GHW Bush that President Trump should attend his memorial. He was, after all, an honorable man.

It was a very simple and somber moment.

They walked up to the casket, stood in silence for a minute or so — thinking whatever private thoughts a Head of State might have about the mortality and legacy of his predecessor in such a rare moment — briefly raised his and in a salute (which was mirrored by Melania putting her hand over her heart), and quietly left.

What will they pick apart?

Their clothes? Their actions?

The length of time they were there? Who knows.

Whatever ‘gaffe’ they decide to complain about, it would be tough to outdo the faux pas of his predacessor: 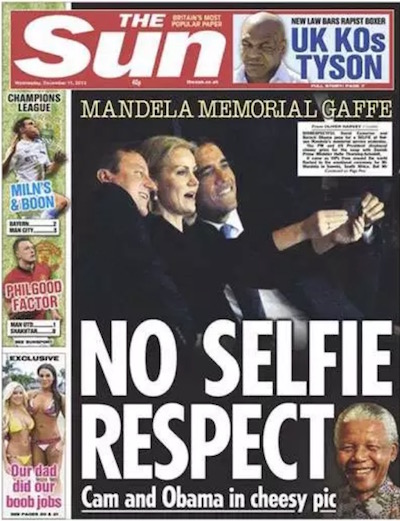 You hadn’t forgotten that little gem, had you?

Yikes — and yet they claim it’s Trump that has no respect.

We watched as Trump rallies helped the races he threw his support behind.

Next time, his name is at the top of the ticket. The support that responded to his involvement in a few Midterm races will be energized in all 50 States. And you know what that means…

A bright red wave. It even captured his ‘Don’t GAF’ style nicely.

How To Tell If Your Pastor A False Prophet

Chinese Official ‘We Are Driving America To Its Death”
December 2nd, 2020 The Lid