What do you get when your party Boos god and turns its back on religion? They make religious figures out of their politicians.

These folks would have felt right at home in ancient Egypt, Greece or Rome. Burn a little incense in worship of the nanny-state, give a nod to the god-man on the political throne and continue on your way.

Guess again. See for yourself:

Get back to me when Saint Robert comes back from the dead. 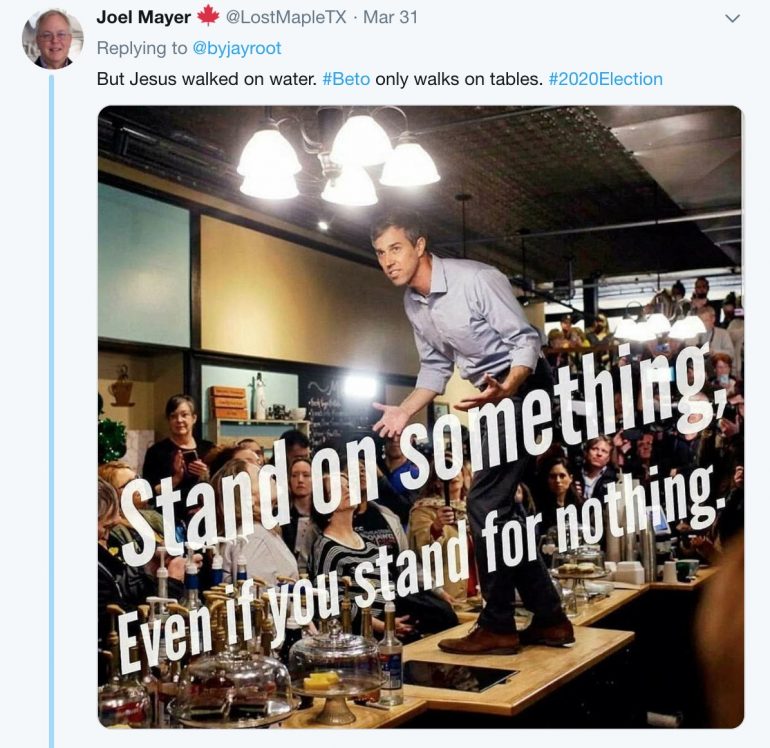 We’ve been here before if you recall:

Funny how this is exactly what the #PartisanPress accuses Trump supporters of being like. Here’s how that’s entirely wrong.

Trump supporters don’t look to government as savior. They see it as an impediment to our lives.

Trump is an avatar of a population tired of sending traditional politicians to represent them in Washington’s Big Game only to see them fed feet first through the wood chipper by the Press, the Swamp, and Lobbyists.

We’re tired of seeing them betray the interests and mandate they were sent to represent.

Trump was sent as a blunt instrument to kick over some tables in Washington to represent our interests, not to flip tables and reconsecrate the Temple in the Lord’s name.

We know the difference between religious impulses and political ones.

For the left — who booed God in their national meeting in 2012, who have tried to disqualify nominees because of their Christian beliefs, and who routinely denounce anyone who doesn’t march lockstep with their environmental dogmas as heretical deniers of capital-T Truth — those distinctions have long since vanished.

You haven’t forgotten already, have you?

There is a very practical reason God forbids the worship of idols. Whenever people worship anything other than the One True God it has a very corrosive tendency to destroy the worshipers.

The Doctors’ Definitive Statement On COVID: The “Virus” Was Never Proven To Exist – Here’s Why
February 26th, 2021 Sons of Liberty Media

Ted Cruz Excited CPAC Crowd With Speech About Future Of Trump And Future Of GOP (VIDEO)
February 26th, 2021 The Lid