Here’s a story that BLM won’t notice: a white cop saves the life of a black baby boy.

During the first wave of protests after the death of George Floyd, there was a really amazing moment that went largely unreported–a Sheriff’s Deputy in California saved the life of an 11-month old boy who had swallowed a coin which became lodged in his throat. The boy was brought to a BLM protest in Palmdale. The Deputy was keeping an eye on the protest from across the street when he was approached by two women frantic that the toddler had stopped breathing and passed out.

Security camera footage from May 31 shows two women sprinting across a supermarket parking lot in Palmdale and frantically approaching Deputy Cameron Kinsey with the limp child.

The 11-month-old had stopped breathing and lost consciousness during a protest at a nearby park, the department said on Tuesday…

…The quick-thinking cop ran toward the women and performed a “mouth sweep” with his finger, dislodging vomit from the child, officials said.

Deputy Kinsey had the attitude that we want all law enforcement officers to have in an emergency in the midst of protests over police brutality, “None of that other stuff matters–just the baby.”

Gee, why was this story not widely reported when other “local” stories of police interactions get global attention? Simple, it doesn’t fit the narrative.

Not even for the movement that is allegedly about black lives.

Black Lives Matter, the leftist political movement that highlights “systemic racism” in law enforcement and rails against police brutality, doesn’t give credit to cops when they do things that save black lives.

That’s because Black Lives Matter isn’t really about all black lives, it’s about some black lives–the black lives that can forward their leftwing agenda. Their website makes that crystal clear.

BLM is currently pushing to defund the police.

During the George Floyd protests, it was not uncommon to see the acronym “ACAB” spraypainted all over the place, including on police vehicles. For those uninitiated in the stupidity of the left, ACAB stands for “All Cops Are Bastards.” 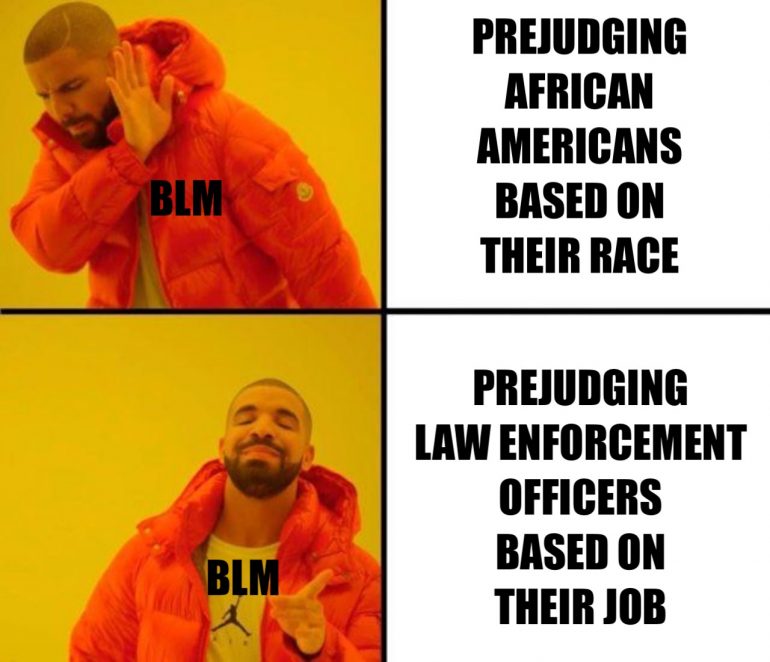 Here’s an idea–let’s just not prejudge anyone. Would that work, do you think?

How about we praise the good cops and not just condemn the bad ones, but also ensure that they are adequately punished for their behavior? Could that be an option?

Maybe we should treat people as individuals and don’t judge them “by the color of their skin but by the content of their character.”

It sounds like a pretty radical idea, but I’m not sure if America in 2020 can handle that…