A recurring question during the Kavanaugh confirmation hearings was one of motivation. And this reaction speaks for itself.

The Democrats’ motivation is pretty obvious — activist judges’ control of the courts was a hill they were ready to die on, and they even said so.

The media held up Ford as a concerned citizen with everything to lose, and nothing to gain by coming forward.

The same media made Kavanaugh out to be a cynical job applicant willing to lash out at anyone standing between him and climbing the social ladder. 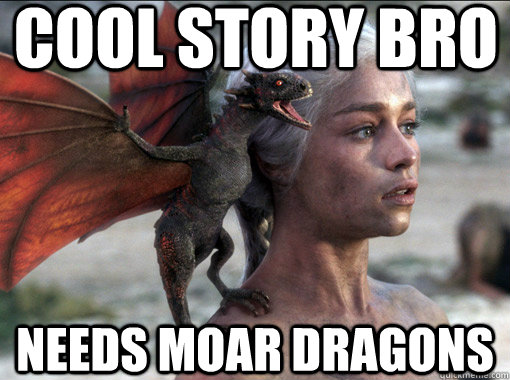 There was ANOTHER way to look at that situation. One that tells a very different story.

Desperate Dems were willing to throw any obstruction they could in the way of Kavanaugh’s confirmation to make him withdraw so they could delay the judicial nomination until after the Midterms when Dems hoped to gain seats and have greater political clout.

Ford offered allegations so vague and insubstantial that Kavanaugh had no specific time or place for which he could give an alibi. And even her witnesses were unwilling or unable to corroborate her story under oath. Specifics she had said — private door to her house, fear of flying — were later proven to be false.

Kavanaugh, meanwhile, stood as an unjustly accused man in a kangaroo court without any real opportunity to defend his honor while accused by the media and Democrats generally of the most heinous of crimes. The passion with which he spoke in his hearing was that of an unjustly ‘condemned’ man, not an out-of-control lush unworthy of his robe.

Let’s come back to the ‘nothing to gain’ angle. We knew this was coming after seeing how other accusers have been well-compensated in the past.

After all, we’ve seen this sort of thing before, coordinated by well-connected Democrat insiders, haven’t we?

Dear America: Look How Much CASH You Might Net Accusing Trump Of Getting Sexy With You

And that, too, was just in time to qualify as an ‘October Surprise’. Also, Democrat interest in those stories had both an urgency and a shelf life that ended on election day.

Ford was not only teaching at a school that brags about their Left-leaning political activism (read: motive), but she could reasonably expect the same GoFundMe slush fund of political payout for faithful service to the cause that Micahel Cohen, ‘Stormy Daniels’, McCabe, Strzok and others were given.

Hundreds of thousands of dollars were raised on both sides.

Kavanaugh will not be accepting one slim dime of it. Kavanaugh’s official statement is as follows:

Justice Kavanaugh did not authorize the use of his name to raise funds in connection with the GoFundMe campaign. He was not able to do so for judicial ethics reasons. Judicial ethics rules caution judges against permitting the use of the prestige of judicial office for fund-raising purposes. Justice Kavanaugh will not accept any proceeds from the campaign, nor will he direct that any proceeds from the campaign be provided to any third party. Although he appreciates the sentiment, Justice Kavanaugh requests that you discontinue the use of his name for any fund-raising purpose.

His ethical considerations constrain him from even naming a charity as beneficiary.

Not a problem. A solution was found by John Hawkins who organized the GoFundMe page in the first place:

From the very beginning, this GoFundMe has noted that if the Kavanaugh family can’t or won’t be able to take the money, we’d give it to a charity of their choice. Since they are not allowed to suggest a charity, I did some research on charities supported by the Judge and settled on the Archdiocese of Washington which runs the Catholic Youth Organization (CYO). Brett Kavanaugh rather famously coached girls’ basketball there and if the Kavanaugh family were allowed to support a charity, I feel confident the Archdiocese of Washington would be near the top of the list. After talking to the Archdiocese of Washington about the best way to use the funds to help the sort of kids Brett Kavanaugh has been working with, we’re going to split the money between three of their programs: The Catholic Youth Organization (CYO) , the Tuition Assistance Fund , and the Victory Youth Center.

Hawkins noted, “If for some reason, you don’t want your money to go to that charity, you will have a week from today to ask for a refund from GoFundMe.” He concluded, “Last but not least, folks, this GoFundMe has been a TREMENDOUS success. We were able to show support for Judge Kavanaugh in his hour of need and raise an enormous amount of money for a charity that has obviously meant a lot to him. Everyone who contributed should be extremely proud to be a part of this.”

Even Yahoo noted, in their source, that JUSTICE Kavanaugh was no longer bound by the same conflict considerations that Judge Kavanaugh had been bound by… but Kavanaugh chose to behave as though they were binding nevertheless, for the integrity of his office.

Is such a decision consistent with the selfish, drunken, emotional and angry caricature painted by those who opposed him in the government, the public and the media?

Or is it more consistent with the guy who has a long-standing record of making sound judicial decisions and for whom 6 [now 7] separate FBI background checks turned up nothing that would discredit him?