Kicking the hornet’s nest with Roseanne Barr was a bad idea for the Hollywood liberals. After this blast, they may be wishing they’d left her alone.

Roseanne Barr, as you recall, tweeted an unflattering comment about Valeri Jarrett comparing her to Planet Of The Apes, and she was unceremoniously drummed out of Hollywood, her show was canceled, and even the original syndicated Roseanne show (that was cheered for being ‘Woke’ for its day) was scrubbed from history. 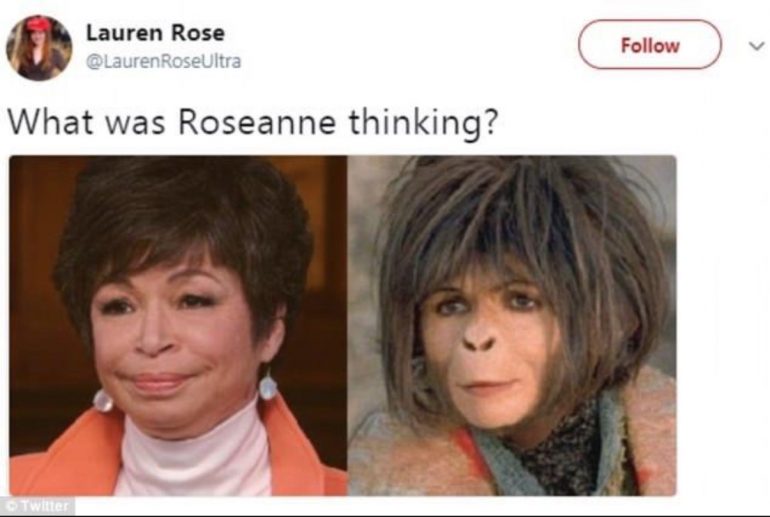 Her career and her legacy must be destroyed because she was allegedly ‘racist’. Just like Megyn Kelly was kicked to the curb, over even asking if there were any circumstances where dressing up like a black person you admired — like Diana Ross — might be acceptable.

And yet — inexplicably — THESE people still have their jobs:

WATCH: Joy Behar Admits To Wearing Blackface — Should She Be Fired?

It couldn’t be the politics of personal destruction, could it?

Well, Roseanne is hitting back.

‘They were there in the room because they thought they were going to get a job 15 years ago. Cuz they’re hoes,’ Barr told Owens as they discussed their views on the #MeToo movement.

Barr said some of the women who were in men’s hotel rooms at 3am are ‘pretending that they didn’t go to trade sexual favors for money’.

She continued mocking the victims of the movement by saying they stayed around in the hotel rooms because they thought they were going to get a job.

‘Well you ain’t nothing but a hoe. I know a hoe when I see one,’ Barr added.
Source: DailyMail

She dropkicked the media darling “Doctor Christine Blasey Ford” while she was at it.

Barr claimed during the interview that ‘nothing happened’ to Ford.

‘She should be in prison,’ Barr said, adding that Ford used her ‘white woman privilege’ to rake in $1million from crowdfunding campaigns that supported her following her testimony.
Source: DailyMail

Remember that question ‘what would Ford have to gain’?

Roseanne put her finger on it. Money and notoriety.

Surely, the inevitable book deal will eventually follow. Perhaps even film rights to her story.

But the hardest slam of them all might have been reserved for Kamala Harris.

Challenging the defending champion #HeelsUpHarris nickname James Woods tagged her with, she offered a spicy new one of her own.

At one point she laid into California Democrat, Kamala Harris, who’s running for president.

‘We all know what she did… she slept her way to the bottom,’ Barr continues, apparently referring to Harris’ past relationship with former San Francisco Mayor Willie Brown
Source: DailyMail

Who had the better nickname for Kamala Harris? James Woods or Roseanne Bar?