Not a shocker there.

She’s been popular since the Inauguration.

We went from drab to fab with First Lady Melania.

Her style has been copied by European royalty.

And she’s even been compared to former First Lady fashion icon, Jackie Kennedy.

But looks aren’t everything.

She’s also been working on an initiative to keep children safe online.

Tim Malloy, assistant director of the Quinnipiac University Poll stated, ‘First Lady Melania Trump might have the best favorability rating of anyone in or close to the White House, similar to Michelle Obama’s favorability in 2010.’

“I love you and the people of our country love you” @realDonaldTrump to @FLOTUS pic.twitter.com/sORh7CDROi

Well, it looks like President Trump is right about that, too.

The Media (D) has been pushing conspiracy theories about the First Lady for the past several weeks, suggesting that she was abused, had a facelift, was abused by President Trump, or had left him.

CNN’s Brian Stelter had tweeted about the ‘disappearance’ of Melania after her minor kidney surgery in mid-May. 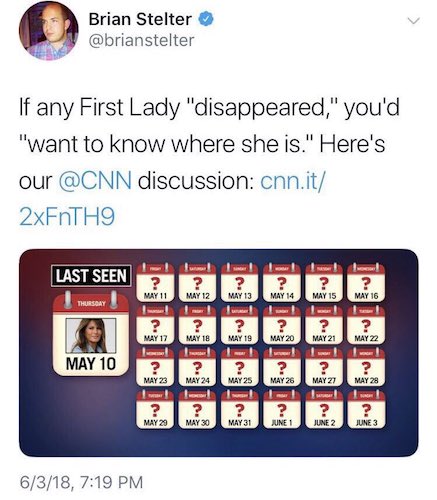 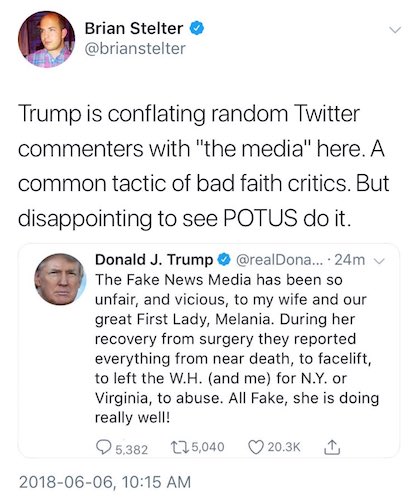 Of course, Stelter failed to mention that Melania was seen by several members of the Media (D) walking around the West Wing on May 30.

None of them reported it, though — why was that do you think?

What a piece of work.

But hey, at least we know that he’s not ‘the Media’ despite his verified blue checkmark.

Then again, we should have gathered that from his Twitter bio where it says ‘CNN host’. 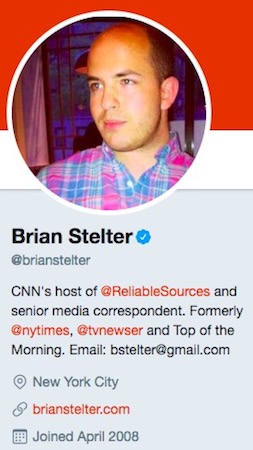